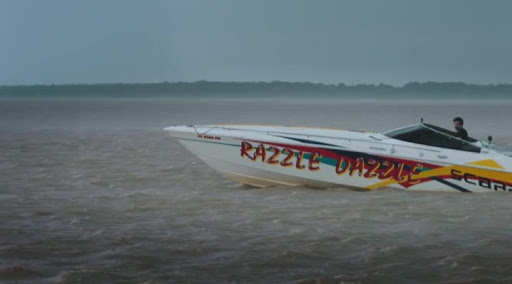 ‘The Grand Tour’ is an automobile-focused British reality series that airs on Amazon Prime. Hosted by Jeremy Clarkson, Richard Hammond, and James May, the show is conceptualized in the review format where the presenters detail the specifics of various cars — including new models and vintage classics. Since its launch in 2016, ‘The Grand Tour’ has spawned four seasons.

The 4th outing sees a change in the format. Comprising of only feature-length specials, season 4 landed on December 13, 2019, but after dropping only one episode, the season has gone on a hiatus. It is quite common for the show to follow a staggered release schedule. But this time, the waiting period has been quite long. Below, we will address whatever we know about ‘The Grand Tour’ season 4 episode 2.

Although no release date has been announced yet, it is confirmed that ‘The Grand Tour’ season 4 episode 2 will release sometime later in 2020. You can check out this Tweet from the show’s official Twitter page that supports our claims.

Yes, the next Special will land later this year.
Yes, it’s filmed in Madagascar and yes, there will be cars.
Yes, we wanted to go to Russia.
No, we couldn’t (we all know why).
Yes, we will try again.
No, we don’t know when.
Yes, we will keep you updated.#TheGrandTour

From the scarce information available about episode 2 to date, what we know is that the crew heads to La Reunion for reviewing a number of new automobiles. Their trip ends in Madagascar. The shallow lagoons in this area are snorkeling hotspots and the episode is expected to feature quite a bit of these tourist locations as well. Now, for the third episode, which was supposed to be filmed in Russia, we might have to wait until 2021. The team has already confirmed that the COVID-19 pandemic delayed their trip. Now, shooting will begin only when it snows again in Russia!

Where to Stream The Grand Tour Season 4 Episode 2 Online?

New episodes of ‘The Grand Tour’ drop on Amazon Prime at the scheduled dates at 3 am ET. So, the best bet is to subscribe to the streamer and catch the episodes online. Apart from Prime, there are no live-streaming options for the show — unfortunately!

In the first episode, Clarkson, Hammond, and May buy a boat each and meet up at Siem Reap, Cambodia. The trio then travels from Siem Reap in Cambodia to Vung Tau in Vietnam while navigating only the waterways. The route also includes the Mekong River. However, since the water has dried up as the rainy season had arrived late, they need to use bicycles to scour for a better starting point. Finally, they get on their boats and set off.

After a myriad of problems, the team lands in one of the worst accommodations they have ever seen. They sleep in a bar with a loud music system and the next day, reach the Mekong River. They also get stranded in a canal after taking a wrong turn. On the way back, the boys pass the Mekong delta and end up in the sea by mistake. Eventually, the crew makes it to their destination after a chain of mishaps and of course, a series of adventures.