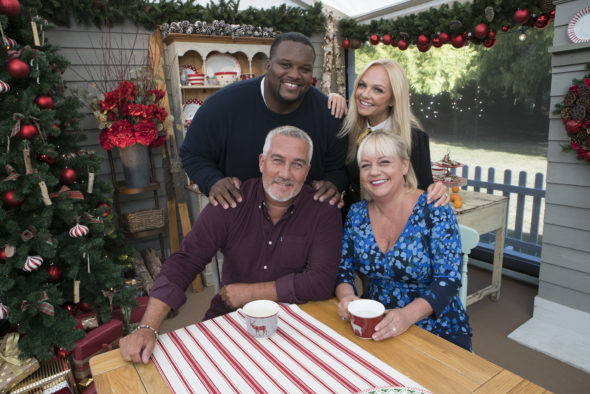 It is no arcane knowledge that all of us, without exception, allow ourselves at least some indulgence into the delights of taste – the charm of delish food is ever-present, all-pervasive. Naturally, the cuisine is also a huge part of any culture and the remembrance of its roots. Convention from the ancient times in making certain dishes to celebrate certain occasions, a way of honouring the tradition of a family by imbibing an age-old recipe that was passed down from generation to generation, and so on and so forth – you know the drill.

The Great American Baking Show in particular, however, is a show that prioritizes high sophistication and vigorous scrutiny in its ranking process to elect the truly best baker to their rightful throne. The show is till date the best U.S. rendition of the ‘The Great British Bake-off’ formula, and despite the controversies that could have potentially terminated its run, it is still strong, and in the middle of its fifth season.

The Great American Baking Show Season 5 premiered on December 12, 2019. The episodes of the show released every week on Thursday. You can watch them on ABC .

The Great American Baking Show Cast: Who’s in it?

Baking reality shows are often a school of reality shows that can turn the usual dynamics and screen presence hierarchy of a reality show around in a case-by-case basis depending on whether the judges or the hosts have more fan following or are more charismatic. Because the candidates have their job cut out for them, the hosts in this show are only minimally intrusive, if at all, and it is, therefore, the contestants who truly take the cake metaphorically and literally.

However, as the contestants vary from season to season, the judges and hosts as the familiar faces for the sake of continuity. The show has changed and casts new people into both roles for quite a while now – and Emma Bunton (also known as Baby Spice) was the new addition as the host, while Sherry Yard replaced the judges’ sit as Johnny Iuzzini had to make his abrupt exit during season 3. Emma Bunton might get busy with Spice Girls tour this year, but this does not necessarily mean that she will fail to retain her host seat – as a matter of fact, it is very likely that both the duet of judges – Paul Hollywood and Sherry Yard, and the hosts, Anthony Adams and Emma Bunton, will be returning to their respective roles in the fifth season.

The Great American Baking Show Plot: What is it about?

The show largely follows the patent structure of The Great British Bake-off Show, where each contestant has to go through a set of three tests – a signature challenge, a technical challenge, and a showstopper challenge – and come out on top in order to qualify to the next episode until a sole winner stands.

If you have not watched The Great American Baking show before and want a primer, here is a sneak peek into the show from the third season finale, which originally aired near the end of 2017.