The Great Season 2 Release Date: Everything We Know 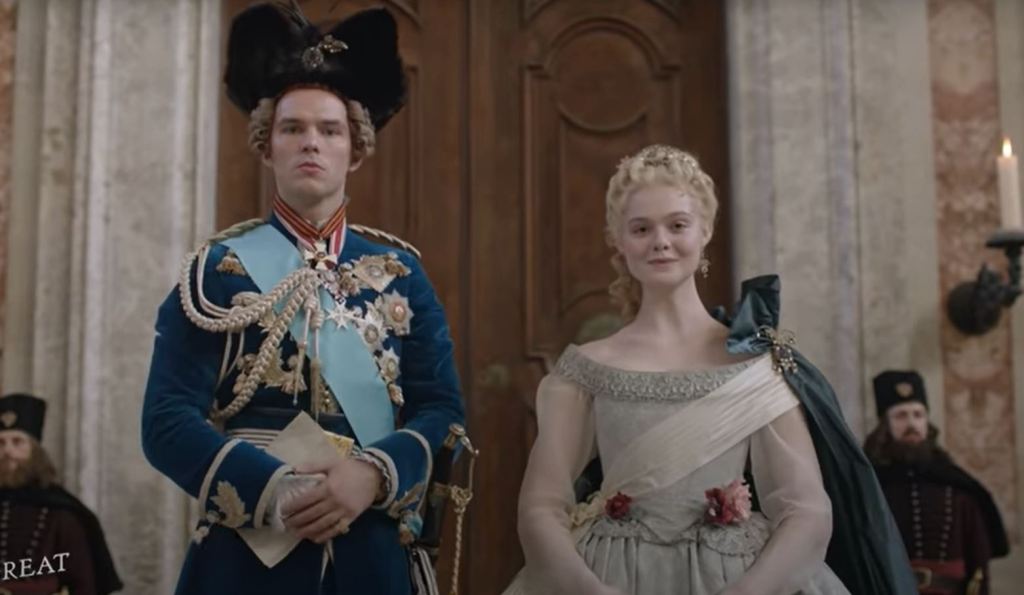 Created by Tony McNamara based on his own play, ‘The Great’ is a hilarious historical comedy-drama made with care and anachronisms. However, the anachronisms are deliberate since its original network has described the show as Hulu as ‘anti-historical.’ The story is loosely based on the life of Russian empress Catherine the Great. The series follows Catherine II from her humble upbringing to the longest-reigning Russian monarch.

Following the first season’s release in May 2020, the series spawned only one season amidst overwhelming fan praise and critical approval. Although the series is only occasionally historically relevant, it more than makes up by its rib-tickling script. After the first season’s finale, you must be eager to catch the sophomore season on screen. In that case, we have you insured.

Since the first season’s finale in May 2020, it has been a long silence for the fans. However, the wait is over, and with the official announcement, fans can sigh relief. As per the announcement by Hulu, ‘The Great’ season 2 will premiere on November 19, 2021.

Shortly after the premiere of the first season, Hulu renewed the show in July 2020. Filming for the season commenced on November 4, 2020, and was wrapped up by July 17, 2021, according to a post by series lead star Elle Fanning.

The Great Season 2 Cast: Who is in it?

All of the central cast members will reprise their roles in the second run. Elle Fanning will take up the role of Catherine the Great, alongside Nicholas Hoult, who dons the garb of Peter III of Russia. Among other members of the cast ensemble, we will see Phoebe Fox (Marial), Sacha Dhawan (Count Orlo), Charity Wakefield (Georgina Dymova), Adam Godley (Archbishop “Archie”), Douglas Hodge (General Velementov), Belinda Bromilow (Aunt Elizabeth), Bayo Gbadamosi (Arkady), Richard Pyros (Count Raskolnikov), and Sebastian de Souza (Leo Voronsky). Gillian Anderson was cast in a guest role for the second season as Johanna in another major development.

The Great Season 2 Plot: What is it about?

In the final episode of the first season, Catherine wakes up on her bed with her lover Leo and expresses that her only wish is to rule over Russia. But Peter needs to be killed the same day, and she organizes a coup. However, the coup is thwarted as Peter disarms Catherine. Mariol tells Peter about Catherine’s pregnancy and her diabolical plan.

Peter is seemingly infuriated. But playing the pregnancy card, Catherine invokes sympathy from Peter. Peter imprisons Leo and asks Catherine to choose between Leo and the empire. Although initially conflicted, Catherine bids Leo farewell, for her desire to be the monarch is too strong.

The first season sets the audience up for the follow-up season seamlessly. With the initiation of the coup, Catherine will most probably come to power in the second season. We are yet to see how the series deals with the character of Peter. With Peter presumably killing off Leo, Catherine will most possibly have her revenge. In reality, Catherine quickly brought Peter under submission by her coup, and he was deceased shortly after.

Moreover, the season will see Catherine stepping into the shoes of a mother, and she will have more responsibilities. Hoult’s loss will have a grave impact on the people of the monarchy. Although Leo is most possibly dead, he promises to haunt Catherine at the end of the first season. Therefore, it is always possible for him to return as a ghost. Rest assured, you should not expect a history lesson from the series, since it relies predominantly on dramatization of history.

Read More: Is The Great Based on A True Story?