The Guardians of Justice Season 2: Renewed or Cancelled? 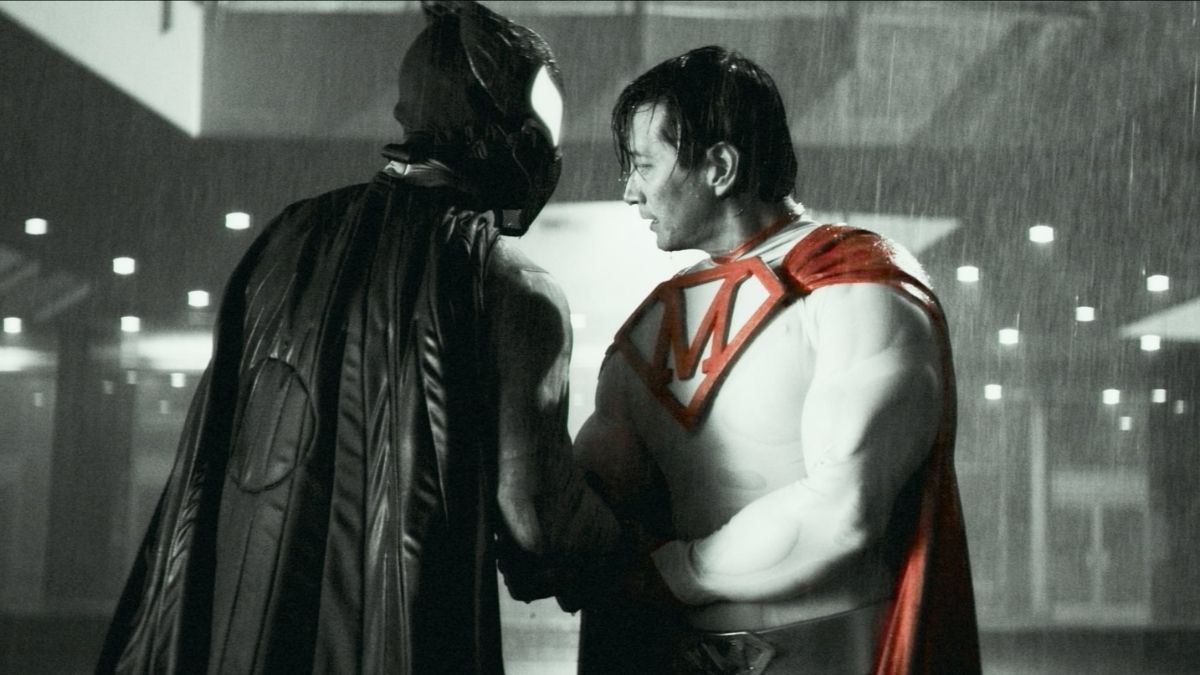 Created by Adi Shankar and set in his “Bootleg Universe,” ‘The Guardians of Justice’ is an ecstatic and ambitious superhero series that packs retro video game sequences, comic-like dynamics, a Batman-spoof anti-hero, and 8-bit fun to entice the audiences. The story begins with the self-destruction of the alien superhero Marvelous Man, which sets the titular guardians on a path to discovery. With Knight Hawk taking the lead, the heroes encounter terrible secrets, both in the outer world and within themselves.

The pace is cerebral, the storytelling is unique, and the blend of live-action and retro animation adds an eccentric charm to the series. You may wonder whether a second season is underway following the nerve-racking finale. If the thought has crossed your mind, let us investigate further.

‘The Guardians of Justice’ season 1 premiered in its entirety on March 1, 2022, on Netflix. The first season packs seven episodes with runtimes ranging from 21 to 36 minutes per episode.

Let us now delve deeper into the introspective realm to find whether the second season is a possibility. We think that the second season is not improbable, after all. Although Netflix takes a few months before releasing comprehensive viewership data, the early reactions have shown a lot of promise. The audiences seemed to like the kitschy charm and the quirky animation, which may give Netflix some incentive to move forward with another season.

Moreover, the open-ended finale of the inaugural season keeps the fans rooting for a possible second season. If the season is renewed by June 2022, we may expect the possible ‘The Guardians of Justice’ season 2 to premiere sometime in Summer 2023 or later.

The Guardians of Justice Season 2 Cast: Who can be in it?

Almost all central cast members whose characters remain alive at the end of the first season may reprise their roles in the possible sophomore installment. Dallas Page may reappear in the part of Atticus Payne/Knight Hawk, alongside Jane Seymour as Golden Goddess and Derek Mears as Awesome Man. Also possibly returning in their supporting roles are Christopher Judge (President Nukem), Denise Richards (Laura Louis, Marvelous Man’s wife), and Andy Milonakis (Phil Hart). We may also encounter a bunch of fresh faces but let us not get ahead of ourselves.

The Guardians of Justice Season 2 Plot: What can it be About?

The first season ends with drastic revelations. After the disclosure of Mind Master regarding Marvelous Man’s death, Atticus Payne becomes the official head of the Guardians. He builds a private army, hoping to combat the galactic titan Galacron, who devoured planet Caltron, the home planet of Marvelous Man. However, when Speed questions the authority of Knight Hawk, he must silence her.

With a mind-boggling expose, Little Wing shape-shifts into Awesome Man. Following the orders of Knight Hawk, Awesome Man continues to take Speed off the board. After the death of Speed, Knight Hawk directs Awesome Man to create a statue commemorating her. While Knight Hawk lives in the constant paranoia of Galacron, the world evades a fourth world war. However, Speed’s memory keeps haunting Knight Hawk.

The possible second season may pick up from the wake of the gruesome and gritty finale of the first season. The audience wonders whether Galacron will visit planet Earth anytime soon. This sole question gives us enough fodder for a speculative second season. We shall also possibly see whether the creator invents a new generation of superheroes to fight the autocratic anti-hero Knight Hawk and his army.

Although the heroes avert the threat of the Anubis in this season, they may resurface in the potential second season. Moreover, the possible second season may give us an update on the Guardians who remain alive at the end of the first season – Golden Goddess, Awesome Man, and others. Awesome Man seems pretty obedient for the time being. But will he establish an enmity with Knight Hawk later when he recollects the death of Speed? A second season will have a lot to explore if there is one.