Will There be a The Guest Book Season 3? 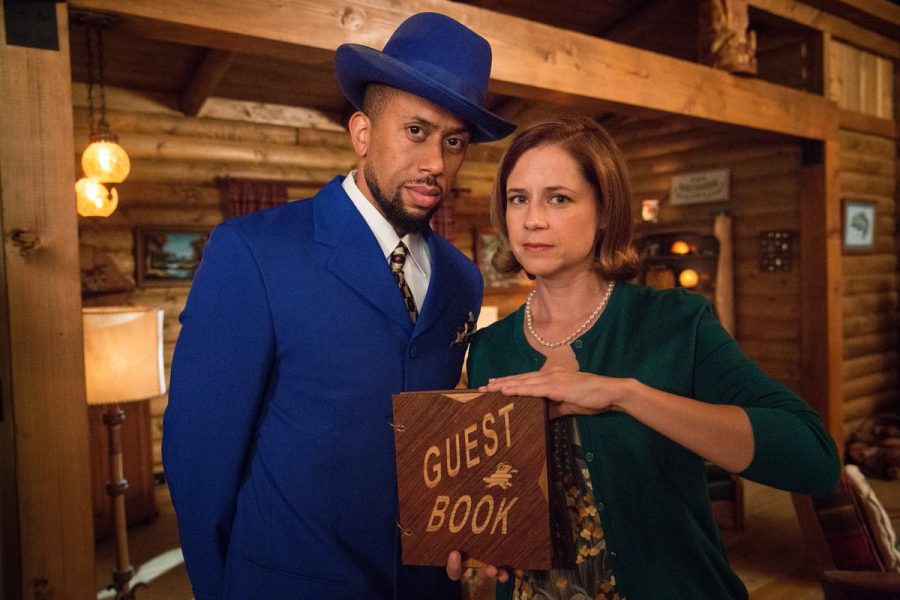 ‘The Guest Book’ is an American anthology comedy television series. The show airs on TBS and first premiered on August 3, 2017. Greg Garcia, the writer of this show, famously based the episodes on his habit of writing fake guest book entries while he is on vacation. Garcia is known for his other works like ‘My Name is Earl’ and ‘Raising Hope‘.

The show centers on the lives of a group of employees of a rental cottage and the visitors who come to the cottage for vacationing. Over the seasons, the locations change, but the regular cast of the show plays residents in the town, while each episode focusses on a different guest star who plays an out-of-town vacationer. When one thinks of hotels one rarely thinks of the people running it, but believe me, for the people working there, every guest has a story, some quirkier than others.

Critics have praised the show, saying, “An outstanding cast and sporadically sharp humor make The Guest Book worth checking out, even if its anthology formula leads to a bumpy journey from episode to episode.”

The Guest Book Season 3 Release Date: When will it premiere?

As far as the next season goes, we have bad news for the fans. On September 12, 2019, Gracia tweeted that the show has been cancelled. Even though, there’s a slim chance that some other network might pick up the show, for the moment, ‘The Guest Book’ Season 3 stands cancelled.

The Guest Book Cast: Who is in it?

‘The Guest Book’ features several well known cast members. One that immediately springs to mind is Carly Jibson as Vivian “Tickles” Williams. In the first season, she is the owner of the local strip club, Chubby’s, which is located near the mountain rental Froggy Cabin. The next season sees her in the role of a waitress at Emmy Lou’s Grill, which is a restaurant near the beach rental, Barefeet Retreat.

Other characters that we see are Charlie Robinson as Wilfred, the caretaker of the mountain rentals, and Lou Wilson as Frank, Vivian’s stepson, who has a major role in the initial season, but only a guest appearance in the following season. Kellie Martin of ‘ER’ fame is seen as Officer Kimberly Leahy, while Eddie Steeples is seen in the show as Eddie, Wilfred’s nephew.

The characters who are exclusive to the second season are Kimiko Glenn as Nikki, a waitress at the grill, Jimmy Tatro as Bodhi, who is Eddie’s friend and someone that Vivian lustfully desires, and most importantly Dan Beirne as Tommy, who is engaged to Nikki. He also happens to be the manager of Emmy Lou’s Grill and the caretaker of Barefeet Retreat, which is his mother’s beach house.

There are several other recurring characters who help set up the atmosphere around these rentals and assure the audiences that they are in for a fun time.

The Guest Book Plot: What is it about?

Garcia apparently came up with the idea of the show when he wrote fictionalized guest book entries trying to freak out the next guests at whichever room he stayed in. His aim here is, of course, to try and tickle our funny bones and this is something he does quite successfully. Overall, the show emanates a benign aura, which, when combined with a more than willing cast, adds up to a thoroughly enjoyable affair.

The series wastes no time in introducing us to the chief characters in and around the rental. As we get to know more about them, we realize that they all have their arcs, but the show takes it own time opting to let it develop slowly over the season.

The jokes range from sexless relationships to birth control, so if you are looking for smart nuanced humor, there is none of that here. After all, this show is the epitome of modern comedy, the laughs do not come from the jokes or the punchlines, but instead from the dysfunctionality that humans display, and audiences get a sort of voyeuristic pleasure poring over a guest book which gives them a small insight into the mind of the out of town visitor who has come to live for a day. In the meanwhile, the familiar characters keep developing their stories, which all culminates in a spectacular experience.

While some episodes get the tone just right, others strive to reach there, but overall, Garcia has given us a format that we simply cannot get enough of.

You can check out the trailer for Season 2 below.