Will There be a The Guest Season 2? 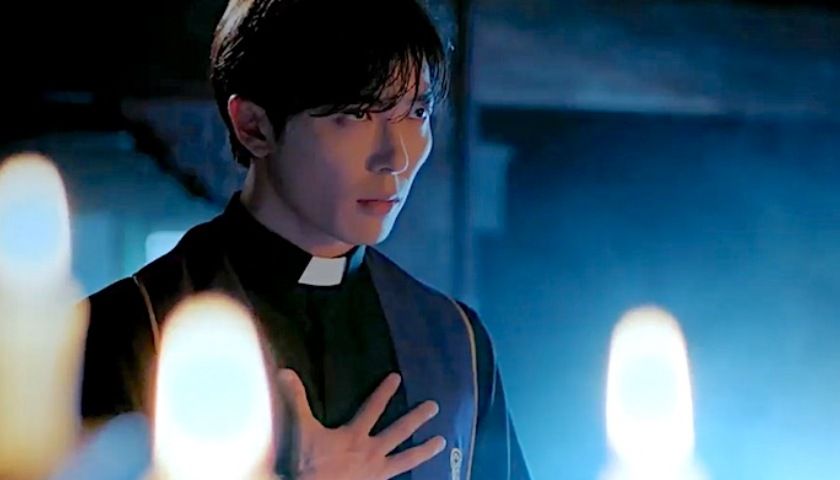 ‘The Guest’ is a South Korean supernatural drama that follows a psychic, a priest, and a detective, who hunt down evil spirits. Covering subjects such as exorcism and shamanism, it was released on OCN in its home country in September 2018. The inaugural installment opened to good ratings and it ends on a massive cliffhanger — with a bittersweet conclusion for the emotionally traumatized protagonists. Therefore, following ‘The Guest’ season 1’s finale, fans have been wondering about the future of the show. We did our research and here is what we found out.

‘The Guest’ season 1 premiered on September 12, 2018, on OCN in South Korea. It wrapped up with its 16th episode on November 1, 2018. Although the first season ends on a riveting cliffhanger and the content holds the scope for a new season, there has been no update on a new season yet. And it has been more than two years since season 1 ended.

In fact, the creators have announced that they are working on a movie sequel instead. The lead cast has also been confirmed to stay the same. Therefore, it seems the makers have no plans for continuing with the series version. As of now, it is safe to assume that most likely, ‘The Guest’ season 2 won’t be commissioned anytime soon.

However, fans admired the first season for its slow burn of a story — which is apter for the small screen. Following the film release, if OCN decides to go ahead with the tv rendition, we will update this section.

The Guest Cast: Who is in it?

‘The Guest’ stars Kim Dong-Wook as Yoon Hwa-Pyung, a shaman who possesses psychic powers and can communicate with the afterlife. Kim Jae-Wook essays the role of Choi Yoon AKA Matthew, an exorcist and a priest who remains emotionally distanced from humans. Rounding up the lead trio is Jung Eun-Chae as Kang Gil-young, a detective who has no faith in the supernatural. Joining the main cast is a slew of talented stars, playing several recurring characters.

The Guest Plot: What is it About?

The story takes us to two decades back when we meet a young Yoon Hwa-Pyung, who has psychic powers and is born into a shaman family. He hears about a powerful evil entity named Sohn. Also known as the Guest, Sohn is an extremely strong demon who can control other demons while possessing the soul of weaker humans. These people descend into madness and end up killing their families and stabbing themselves in the eye. When the demon slays Hwa-Pyung, Choi Yoon, and Kang Kil-young’s families, the three individuals get together to defeat Sohn.

In the present, after 20 years, the demon has again become active. Hwa-pyung works as a cab driver and is a psychic — who helps people plagued by evil spirits. Choi Yoon is an exorcist and a Catholic priest while Kil-young is a detective. They meet again in a bid to end Sohn — once and for all.