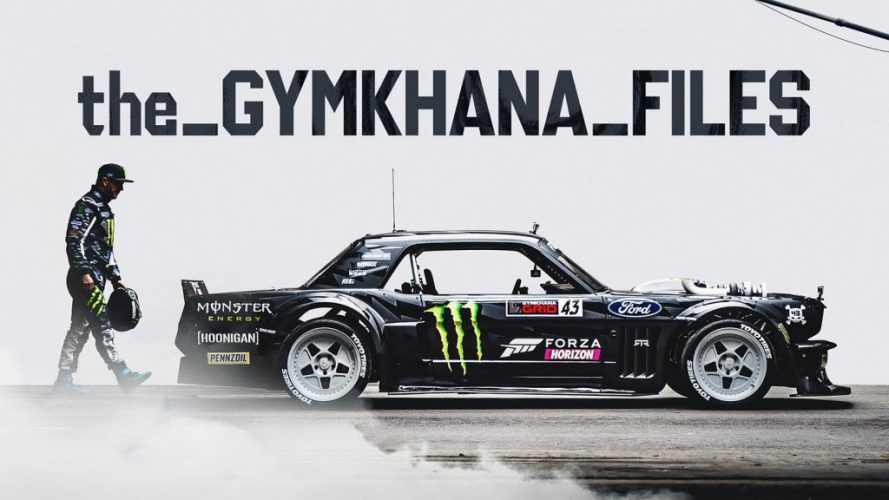 The Gymkhana Files is an American motorsports web television series that released on Amazon Videos on November 16, 2018. The show takes viewers behind the scenes of one of the world’s most adventurous and successful viral video franchises that boasts of over five hundred million views: The Gymkhana Videos. The Gymkhana Files is executive produced by Block, Brian Scotto, Gil Marsden, and Steve Astephenin association with Hoonigan Media Device. Marsden serves as the showrunner. The series is directed by Gil Marsden.

Gymkhana is a motor-sport popularly known as Motorkhana in Australia and New Zealand. In the United Kingdom and Ireland, it is named Auto Testing. The automobile event promises a thrilling ride and has a starting point which leads to the finishing line. There are several obstacles along the way like tires, cones and barrels that serve as roadblocks to test the driver’s skills. The driver needs to manoeuver through these complications by performing various deft driving techniques like 180-degree spins, 360-degree spins, or excel at parking boxes, and other advanced skills that include drifting wherever necessary. The goal is to accomplish all of this in the shortest duration of time.

The Gymkhana Files Cast: Who’s in it?

Gymkhana franchise has at its heart the famous Kenneth “Ken” Block, who is known worldwide as a professional car rally driver who has worked in the Hoonigan Racing Division, also called the Monster World Rally Team. The series primarily showcases Block and his skills. Over the years he has been a major part of several action sports events but his achievements in the Gymkhana style of motorsports are the ones that have brought him ultimately acclaim. In August 2010, he launched the first part of the Gymkhana trilogy series, and in September 2010, its third installment made its way to the screen and received over seven million views within the first week. The Ford Fiesta that Block is seen driving in the series has been honoured by the Petersen Automotive Museum in Los Angeles where it is kept for display. In July 2012, his fifth Gymkhana video came to be, and raked in over five million views in its first 24 hours, registering it as the most viewed video of the week.

He is joined by his team known as the Hoonigan. It includes Derek Dauncey, Forest Duplessis, Diego Espana, Matthew Holt, Bryan Moore, Jeremy Robinson, Brian Scott, Matt Tuccillo, Pierre Wikberg and Ron Zaras who are amongst the others who’ve appeared in some episodes.

The Gymkhana Files Plot: What’s it about?

The Gymkhana Files shows Block and his Hoonigan as they try to give birth to some of the greatest automotive videos of all times through their initiative the GymkhanaTen while simultaneously racing in the World Rallycross Championship.

In the first episode, “At the Peak”, Block is seen concluding his previous project Climbkhana and preparing for GymkhanaTen. It is not without its challenges; high altitude, weather predicaments, and surreal consequences at the corner of every cliff, it is Block’s most challenging video.  In the second episode, “The Motor City”, as preparations on the year-long project begin, Ken, Brian and team bring in the memorable Ford Mustang Hoonicorn v2 to Detroit that is highly popular for its range of automobiles. The team has high hopes with the proceedings. In the third episode, “In the Dirt”, the team leaves the city after witnessing success in Detroit. Ken journeys to Loheac, France to participate in the World Rallycross championship, while Brian stays on with GymkhanaTEN.

In the fourth episode, “It All Falls Apart”, Ken rejoins the team in Los Angeles just in time for their next creation, a 1991 Ford Escort Cosworth RS having steel rims. They intend for the steel to create sparks to dramatise their shoot, but they realize it isn’t as simple as it sounds. In the fifth episode, “It is What it is”, the team is moved to tears after leaving Los Angeles. A decision hangs on Ken’s shoulders about his future in the racing world. In the sixth episode, “On Thin Ice”, Brian, Ken, head to Sweden to indulge their most challenging feat yet. They involve a customized track made straight out of an icy, rugged terrain, where they bring their A-game to move to the next round.

In the seventh episode, “Get Yourself a Truck”, the team is presented with distractions which they must avoid and concentrate on the task at hand which is highly significant in their project. They conduct this project in smalltown Texas. In the last and eighth episode, “When it All Began”, the team travels to Guanajuato, Mexico, where Ken competes in the first World Rally Championship race for his final run. Ken then brings the spotlight on his Ford Focus RS RX build.

The series has been praised for its incredible insight into the making of the videos that have been deemed brilliant by fans all over. Ken’s driving skills are phenomenal, and the series is laced with action, adventure, visual delights, deft direction, and masterful execution.

The Gymkhana Files Season 2 Release Date: When will it premiere?

The Gymkhana Files Season 1 premiered on November 16, 2018. As far as the next season goes, we don’t have an official announcement yet. Though considering the popularity of the show, we would be surprised if it doesn’t get another season. Our best guess is that if the show does get renewed, The Gymkhana Files Season 2 can release sometime in November 2019. We will update this section as soon as we hear more.

While we wait for an update on The Gymkhana Files Season 2, catch all the episodes from the previous season on Amazon Prime. Here is a trailer from the first season: