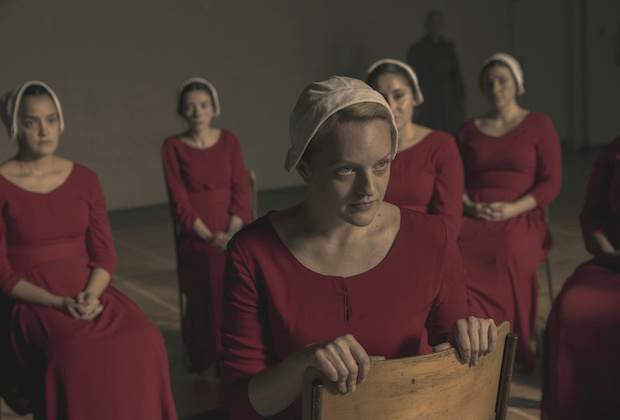 In the finale of ‘The Handmaid’s Tale’ season 3, we shockingly saw Fred outsmart Serena after she offered him up for arrest in episode 12. Serena finally suffers the consequences for having disregarded protocol and scheming Nick’s impregnation of June in the first season. On the other side, June safely sends over a hoard of children accompanied by adults to Canada, which has shaken up the foundation of theocratic Gilead. After a long wait, fans are finally getting another season of the acclaimed series. Well, here’s everything we know about ‘The Handmaid’s Tale’ Season 4 Episode 1!

‘The Handmaid’s Tale’ Season 4 Episode 1 is set to release on April 28, 2021, at 12:00 AM ET on Hulu. The show is slated to follow a weekly release pattern of airing new episodes every Wednesday. The first three episodes will be released together.

Where to Watch The Handmaid’s Tale Season 4 Episode 1 Online?

Fans of the show can catch the premiere of ‘The Handmaid’s Tale’ Season 4 after it is released on Hulu, provided you have a subscription to the platform. You can even resort to VOD services such as iTunes, Apple TV, and Amazon Prime Video, where you can either buy or rent the episodes.

‘The Handmaid’s Tale’ Season 4 Episode 1 is called ‘Pigs,’ where things will pick up directly from where they left off in the previous season. June, who is now severely injured, will seek cover at a farm along with other Handmaids. The Waterfords will also find out about June’s latest stunt. As hundreds of children make it out of Gilead’s hook, the powerful regime might decide to go nuclear or resort to silence, fearing that it might cause an uproar in the media and stifle public relations. The disappearance of nearly or more than a hundred children is surely no small feat.

Meanwhile, Lawrence will be imprisoned, and he will desperately try to evade a death sentence. After the last episode of season 3, fans have taken a liking to the old man who, deep down, wants what is good for everyone. Aunt Lydia will be devastated at the loss of her children, who have now safely reached the other side. Fans can also brace themselves for another revelation regarding Nick and where his true allegiance lies. Moreover, Serena’s fate will be revealed after her tragic fallout with Fred, who hands her over to the authorities. Here’s the official trailer for the upcoming season!

The primary cast of ‘The Handmaid’s Tale’ includes Elisabeth Moss as June Osborne, the estranged protagonist who gets captured on her way to Canada and ever since has stayed in the confines of Gilead. Joseph Fiennes portrays Commander Fred Waterford, a high-ranking government official and June’s former master, who is also a megalomaniac. Yvonne Strahovski plays Serena Joy Waterford, Fred’s wife, who has also been majorly oppressive towards June. Max Minghella essays the role of Nick Blaine, Commander Waterford’s driver and June’s love interest, who later becomes a commander. It is confirmed that all of the major cast members are returning in the fourth season.