‘The Hangover Part IV’: Will it Happen?

They came, they saw, they partied. But then, they got too drunk to remember any of it. Ah, it is the classic bachelor party gone wrong formula. How many times have we heard this one before? Plenty, of course. But in 2009,  Todd Phillips, ‘The Hangover‘ made use of this tried-and-true formula, only to surpass it, proving itself as one of the best comedies of the new millennium. Its brilliantly witty writing and raunchy style, accompanied by its well-crafted, quirky characters, made ‘Hangover’ the wacky comedy worth remembering.

The film was not only a raging commercial success, it also earned wide critical acclaim. ‘The Hangover’ even won a Golden Globe, and became the highest R-rated comedy of all time domestically, until ‘Deadpool’ surpassed it. It got itself a major cult-following, for obvious reasons, which eventually led the film to become a full-fledged franchise, giving us a trilogy worth of the Wolfpack’s wild misadventures. The films were released from 2009 to 2013, and grossed upto a roaring $1.4 billion worldwide.

The last feature in the franchise was ‘The Hangover Part III’ which released in 2013. The poster of the film read, “The Epic Finale to the Hangover Trilogy”, implying that this was the end for the franchise. But in 2016, a poster for a fourth part went viral online, making all of us wonder if there was more in store for us. In case you are wondering the same. Here’s everything we know about it.

The Hangover 4 Plot: What Can It Be About? 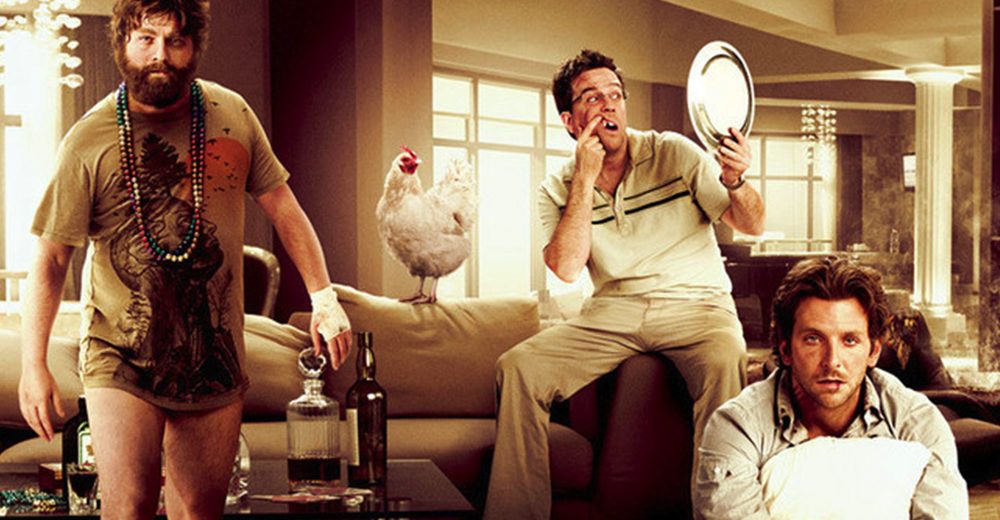 All three ‘The Hangover’ films follow the four friends, Phil, Stu, Alan and Doug, on their misadventures through different bachelor parties. They usually centre around three of the four men as they try to find their fourth missing friend. The first two films had this, following a night of debauchery after which the friends wake up to no memory of the previous night.

While the first film took the Wolfpack to Las Vegas, the second takes them to Bangkok. The third and last part of the trilogy shifts things a little, and has the gang going on a road trip. All three films also feature the eccentric drug lord, Mr. Chow, who usually serves as an antagonist in the films. But due to his growing popularity, he ends up becoming one of the main characters by the third part.

If at all there will be a fourth part to ‘The Hangover’ series, it is safe to assume that it will follow the same formula. If we were to go by the poster that went viral (which in all probability was fan-made), the fourth part will have Alan leading the Wolfpack. We could certainly expect the gang to go on yet another wild misadventure. But this is quite unlikely since ‘The Hangover Part III’ pretty much wrapped up the storyline for the Wolfpack. But going by the popularity of the franchise, we can certainly hope for spin-offs and reboots for the future. In fact, a Mr. Chow spin-off has even been suggested by the different cast members. However, nothing is confirmed.

The Hangover 4 Cast: Who Can Be In It? 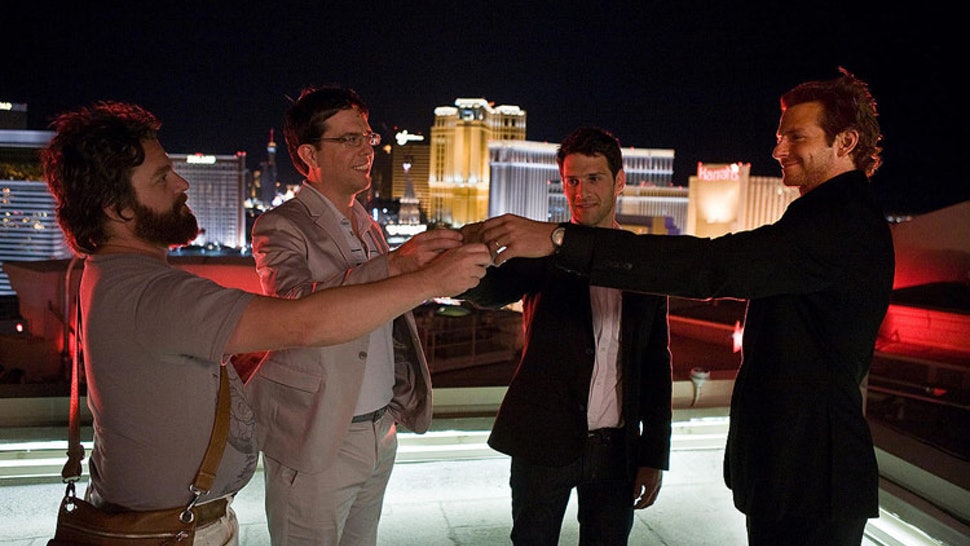 Since the franchise is all about the Wolfpack, the potential fourth part will also be about another misadventure of the group. It would be impossible to have another ‘Hangover’ film without Cooper, Helms, Galifianakis, Bartha and Jeong. We can certainly expect them to reprise their original roles. It also makes sense to expect the same from the supporting cast since they have been a part of all the three films too.

However, the cast of ‘The Hangover’ franchise have made it clear that there wouldn’t be a fourth part, and also showed their disinterest in continuing the series. When asked about the scope for another sequel for the series in a recent interview for CinePop, Ed Helms stated, “I would say the chances are between zero and zero”. He even previously joked and said, “It would take peace in the Middle East for me to do Hangover IV”. Along with Helms, even Cooper admitted that, “It’s over”.

The Hangover 4 Crew: Who Can Be Behind It?

‘The Hangover’ franchise came into being because of the efforts of director, Todd Phillips and writers, Jon Lucas and Scott Moore. All three films had the trio as their creative force, so it only makes sense for them to collaborate on the potential ‘Part IV’ of the franchise. Phillips has previously also worked on similar comedies, including ‘Road Trip’, ‘Old School’ and ‘Due Date’. But he recently made a switch from comedy, and brought to us the much talked about, ‘Joker‘, that got nominated for 11 Oscars this years, and has everyone raving. It’s too soon to say if Phillips will go back to ‘The Hangover’ franchise or stick to original projects.

The Hangover 4 Release Date: When Can It Premiere?

As of now, it does seem that ‘The Hangover Part 4’ is not on the cards for either its cast or crew. But owing to its popularity and mass following, there is still a possibility that we get to see more from the franchise. However, its less likely to be a fourth part, especially given the series diminishing performance with each film. At best, maybe someday, we could get a reboot or a spin-off. Phillips is currently busy on several upcoming projects, including a sequel to ‘Joker’ that was recently announced. But if we do somehow magically get ‘The Hangover 4’, it will only release sometime in 2024 or later.