Will There be a The Healing Powers of Dude Season 2? 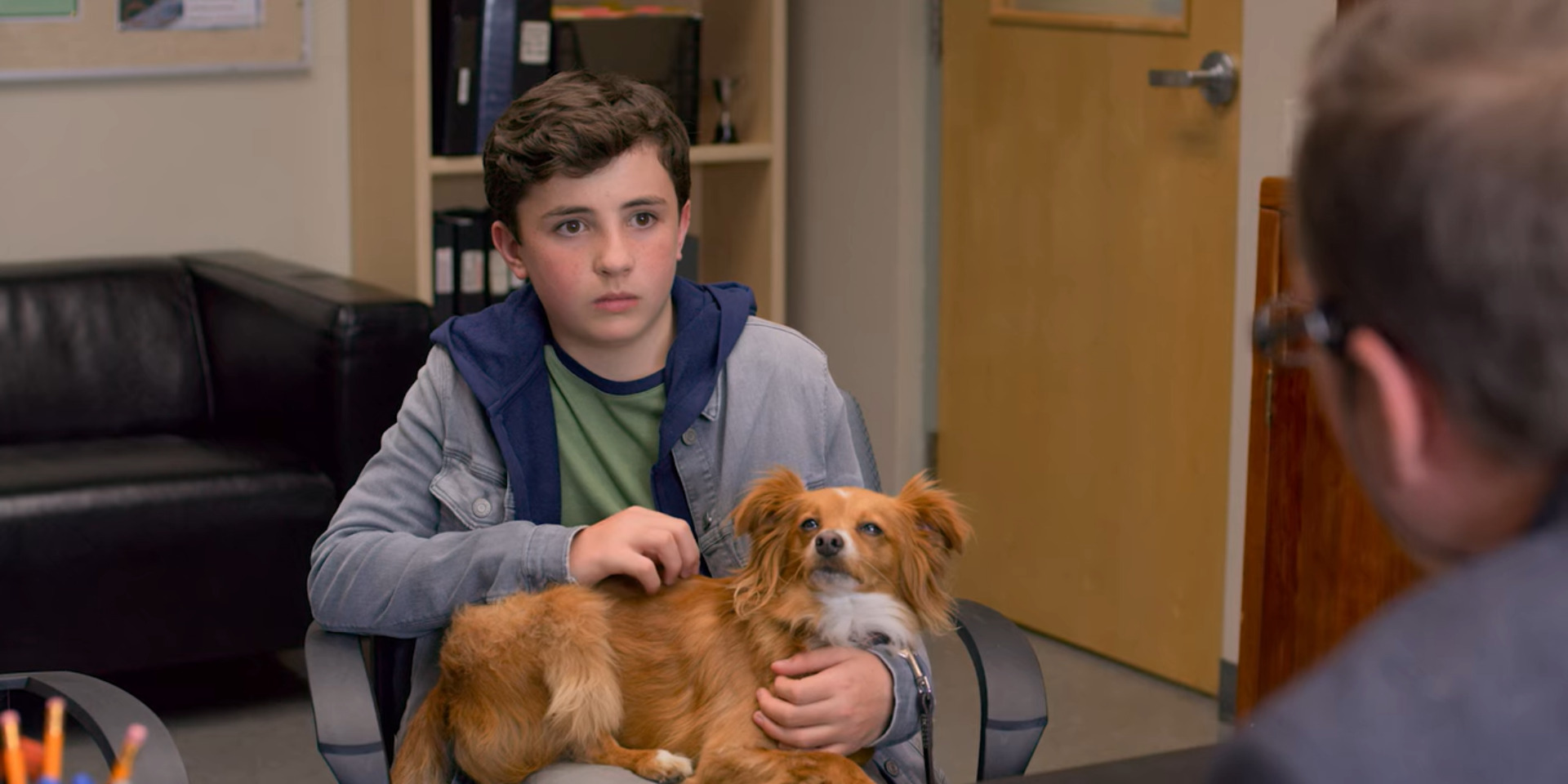 ‘The Healing Powers of Dude’ is a family comedy show that chronicles the life of Noah Ferris, a young boy who is having a hard time dealing with social anxiety until an emotional support dog Dude enters his life.

The show has been created by the writers of ‘Coop and Cami Ask the World,’ Sam Littenberg-Weisberg, and Erica Spates. Weisberg is noted for working on ‘Prison Break’ and ‘Family Guy.’ Richie Keen, known for orchestrating ‘It’s Always Sunny in Philadelphia,’ dons the director’s hat for ‘The Healing Powers of Dude.’

Netflix has churned out some fantastic family offerings in recent years like ‘Middle School,’ ‘Bedtime Stories,’ ‘Malibu Rescue’, and ‘A Series of Unfortunate Events.’ Therefore, ‘The Healing Powers of Dude’ was well received by the audiences, mainly because it focuses on social anxiety in kids, a subject that is still given a surface-level treatment in many homes.

In case you are wondering about ‘The Healing Powers of Dude’ season 2, we have got you covered.

What is The Healing Powers of Dude About?

Social anxiety disorder has a drastic effect on people, especially young school going kids. It begins with tiny things like children nervous about raising their hands or participating in activities, as they have a constant fear of doing something wrong. It leads to a point where they feel anything they do might cause public ridicule, embarrassment, or humiliation in social settings. This results in the kids being unable to make friends, low grades, being emotionally reserved, among other things.

‘The Healing Powers of Dude’ focuses on 11-year-old Noah Ferris, who is grappling with social anxiety. Noah possesses a constant fear of judgment of others and has spent his childhood taking home-schooling sessions from his parents. The phobia stops him from doing things he might otherwise enjoy, like playing with friends, attending a birthday party, etc.

One fine day, Noah mutters up the courage to go to middle school and also make like-minded friends to hang out with. To aid in his mental and emotional well-being, Noah’s parents surprise him with an enthusiastic and loving support dog, who goes by the name Dude. Dude is a newbie who finds it difficult to concentrate on a subject if he sniffs a sweet treat nearby. But he is charismatic and sarcastic, and although he can’t express it directly (yeah, only we have the privilege to hear him), he wishes the best for his new friend, Noah.

The show follows the journey of this unusual pair as they explore their new-found friendship and help each other become a better and smarter version of themselves.

What is The Healing Powers of Dude Cast?

Jace Chapman essays the lead character of Noah Ferris, a kid who has social phobia. Jace is a well-renowned mountaineer, who holds a record for being the youngest person in “recorded history” to trek to Choquequirao in Peru.

Check out the picture from one of his expeditions:

Dude the dog, stars as the scruffy and snarky, emotional support dog Dude.

Tom Everett Scott plays Noah’s easy-going father, Mr. Ferris. He is best known for featuring in ‘Z Nation,’ and ‘That Thing You Do!’ ‘Diary of a Wimpy Kid’ actor Steve Zahn is the voice behind the bright-eyed and bushy-tailed dog Dude, who talks by the way. In case you are not aware, this marks the first time in over 20 years that Tom and Steve are reuniting for a project after ‘That Thing You Do!’ They won’t be sharing the screen space, but this has still got the fans super excited.

When is The Healing Powers of Dude Season 2 Release Date?

‘The Healing Powers of Dude’ season 1 released on on January 13, 2020. The show consists of eight episodes with a runtime of 30 mins each. All the episodes will be available for streaming on the same day, on Netflix.

As far as the next season goes, Netflix hasn’t made an official announcement yet. But here’s what we know. Netflix has in recent past showed incredible keenness towards producing kids-focussed shows. They recognize the importance of kids in family households. As a result of which, we have seen not just a spurt in number of children and family shows but also an increased likelihood of such shows getting renewed. That’s why, it wouldn’t be wrong to assume that ‘The Healing Powers of Dude’ will be back for another season. Our best guess is that ‘The Healing Powers of Dude’ season 2 can release sometime in January 2021.

The Healing Powers of Dude Trailer

Check out the trailer of ‘The Healing Powers of Dude’ season 1!