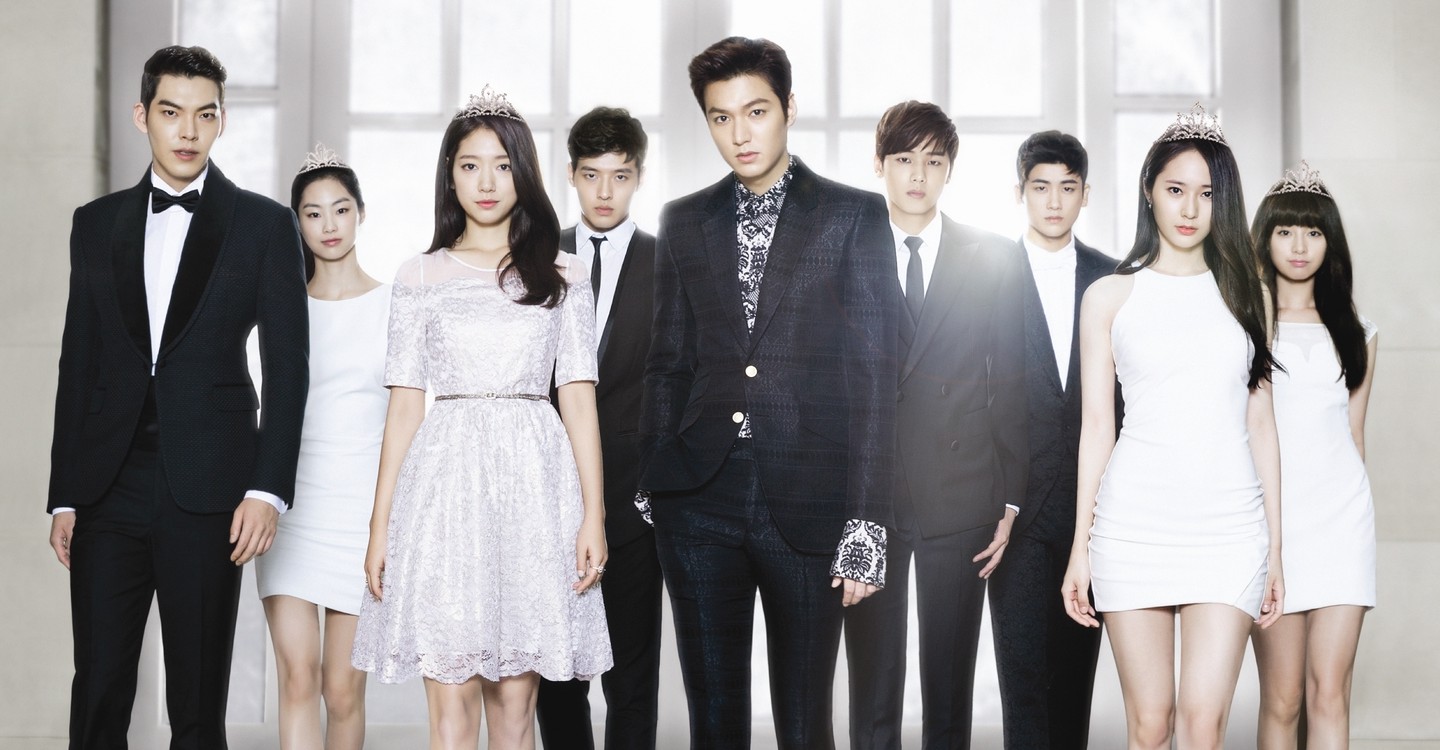 ‘The Heirs’ AKA ‘The Inheritors’, is a South Korean romantic drama, set against the backdrop of an elite high school. Written by Kim Eun-sook, it aired on SBS from October 9, 2013, to December 12, 2013. Co-produced by DramaFever and Hwa&Dam Pictures, this hit Korean show received tremendous response not only in its home country but also across Asia.

The Heirs Cast: Who is in it?

Lee Min-ho from ‘Boys Over Flowers‘ fame stars as Kim Tan, the privileged heir to the Jeguk Group and son of his dad’s mistress. However, his father enlisted him as his wife’s second son so that he could be the legitimate successor to the family’s immense wealth. Outwardly impulsive and quick-tempered, inside he is a kind and gentle young man. Rachel Yoo (Kim Ji-won) is his fiance but he sees Cha Eun-sang and falls in love with her.

Park Shin-Hye (‘Memories of Alhambra‘) is Cha Eun-sang, a cynical and practical girl from a modest background. She supports her mother by doing part-time jobs and resides in Kim Tan’s estate, where her mom works as a housekeeper. She gets admitted into Jeguk High School on a welfare scholarship.

Kim Woo-bin (‘Uncontrollably Fond’) is Choi Young-do, another rich heir to the Zeus Hotel Group. He was previously Kim Tan’s best friend and is extremely shrewd, volatile, and is feared for his bullying habits. Young-do singles out Cha Eun-sang in an attempt to irritate Tan but gradually realizes that he has started developing feelings for her.

The Heirs Plot: What is it about?

A high-school romance drama, ‘The Heirs’ revolves around a group of elite students studying in Jeguk High School. Most of these wealthy girls and boys are heirs to their families’ empires and the story chronicles their journey as they meet challenges, overcome obstacles, and mature along the way. This saga of friendships, rivalries and love lives does have one very ordinary girl in its midst — the modest, headstrong, and charming Cha Eun-Sang.

Cha Eun-Sang lives with her mother, who does not have the ability to speak. The latter works as a housekeeper and Eun-Sang juggles between several meager jobs to support her. Eun-Sang’s older sister has already moved to the US and one day, she informs her family that she is getting married and plans to settle there. Eun-Sang, after receiving news, decides to visit her sibling and see if she can build a better life for herself.

However, upon her arrival in California, Eun-Sang makes a shocking discovery. Her sister resides in a run-down house with a violent boyfriend and has no plans of getting married. She does not even go to school but works as a waitress at a beachfront restaurant. When she meets Eun-Sang, she takes the money her sister brought for the former’s marriage and leaves. At that moment, all of Eun-Sang’s dreams are shattered and she breaks down.

Coincidentally, Kim Tan, the privileged heir to a vast empire, watches as these events unfold between the two sisters. As fate could have it, a white-powder-filled pouch falls out of Eun-Sang’s suitcase. Kim Tan knows that it is not drugs but Korean powder grain. However, Eun-Sang is taken to the police station and her passport is confiscated. With nowhere to go, she has no option but to accept Kim Tan’s invitation to stay at his home. Eventually, they start developing feelings for one another, which again meets with a twist after Rachel, Kim Tan’s fiance arrives and asks Eun-Sang to leave. Later, Eun-Sang goes back to South Korea.

Kim Tan, saddened with her departure also returns to Korea, against his stepbrother Won’s wishes. And here, he is in for a pleasant surprise. He meets Eun-Sang, who is staying at his father’s mansion with her mother who works as the housekeeper.

So, what happens? There is this also additional complication of Choi Young-do, Kim Tan’s former best friend turned rival, falling for Eun-sang. Now, do the lovers meet? And what does Kim Tan choose? His family business or love? Watch the show to find out!

The Heirs Season 2 Release Date: When will it premiere?

‘The Heirs’ season 1 premiered in Korea on SBS on October 9, 2013. After spanning 20 episodes, it concluded with its finale on December 12, 2013. Owing to its massive popularity, the show was released in 13 other countries.

Now, as far as a second season is concerned, here is what we know. According to speculations, ‘The Heirs’ season 2 might actually happen and it shall also see superstars Lee Min Ho and Park Shin Hye reuniting to reprise their original roles. Since its release, fans have filled online platforms with demands for a renewal. There’s even a complete Facebook Page, with fans dedicated to making a season 2 happen.

According to sources, Lee Min Ho has reportedly thrown a hint that he would return to entertainment after his military enlistment service is over. He added that he would be part of a “mysterious big project.” And since his military service concludes in 2019 and if by the mysterious project, he means ‘The Heirs’, we might have a ‘The Heirs’ season 2 by 2020.

But nothing is official. We shall update this section as soon as we come across an announcement from the creators.

While we wait for an update on ‘The Heirs’ season 2 release date, below is the official trailer for season 1. You can catch all of its episodes currently on Tubi TV as well.

Read More in K-Drama Preview: Boys Over Flowers | Descendants of the Sun