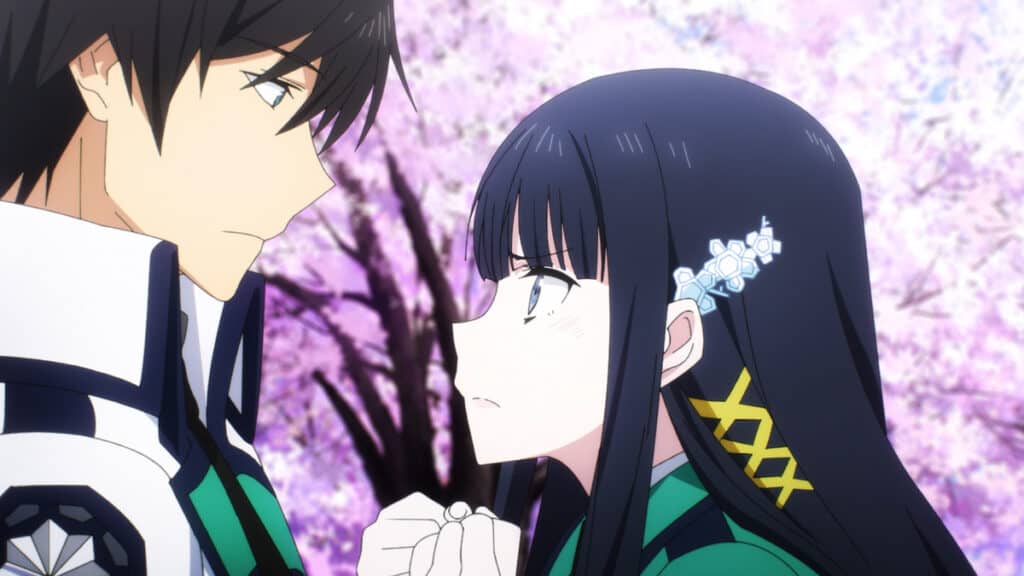 Set in an alternate world where magic and technology not only co-exist but complement each other, ‘The Honor Student at Magic High School’ is a science-fiction fantasy anime that focuses on the brother-sister duo of Tatsuya and Miyuki Shiba. The potential successors of the Yotsuba clan enroll in the prestigious First National Magic University Affiliated High School to hone their magical abilities, unaware of the dangers lurking around them. As the story unfolds, different antisocial groups and individuals attack the school to fulfill their agendas, only to be defeated by Miyuki and Tatsuya, whose bond becomes stronger after each setback. A spin-off of ‘The Irregular at Magic High School,‘ the sci-fi show is based on Yu Mori’s manga series of the same name.

The anime was criticized for its inconsistent storytelling, but thanks in part to the popularity of the original series and action-packed episodes, it managed to get a decent viewership. After season 1 ended recently, the fans have been eager to learn more about the show’s renewal. In case you are also looking for similar information, we have got you covered.

As far as season 2 of the science fiction fantasy anime is concerned, here’s everything we know so far. Studio Connect or any other companies involved in the development of the series have not officially announced the show’s renewal. While fans of ‘The Irregular at Magic High School’ liked the series as it gave them a chance to revisit their favorite anime in a new light, but people who had not watched the original show struggled to connect with the series because of its poor storytelling and a horribly executed worldbuilding.

Luckily, the action-packed episodes saved the show, and it managed to get above-average ratings and a decent viewership. Even if we were to overlook the mediocre performance of the series, the biggest hurdle in producing the next installment is a lack of source material. Assuming that the manga follows the usual release pattern, we can expect The Honor Student at Magic High School’ season 2 to release sometime in Q4 2023 or later.

The Honor Student at Magic High School Season 2 Plot: What Can it Be About?

The season 1 finale focuses on the Mirage Bat final, which is considered the crown jewel of the Nine Schools Competition. The First High needs to win it to seal their overall dominance in the tournament. As the competition begins, Miyuki and the rest of the spectators are surprised that all the participants can fly. But none of them come close to Tatsuya’s sister in terms of speed and control. When the match ends, only Airi and Miyuki are left, after which a decisive final is played with just the two of them in which the protagonist emerges victorious. Inspired by her talent, Airi later congratulates his competitor, and they end up becoming friends.

In season 2, Honoka, who has been in love with Tatsuya for a long time, will seriously consider opening up about her feelings to him. However, Miyuki’s relationship with her brother will stand in her way. Meanwhile, the responsibility of investigating the case of a massive explosion near Japan will fall on the shoulders of Colonel Angelina Kudou Shields, aka Lina, who has Shiba siblings as her target. However, when she joins the school, the brother-sister duo will completely outperform her in different competitions. But the newcomer is not the type to give up easily, and she will continue to target the duo so in spite of the overwhelming differences in their spowers.