Will There be a The Hook Up Plan Season 3 on Netflix? 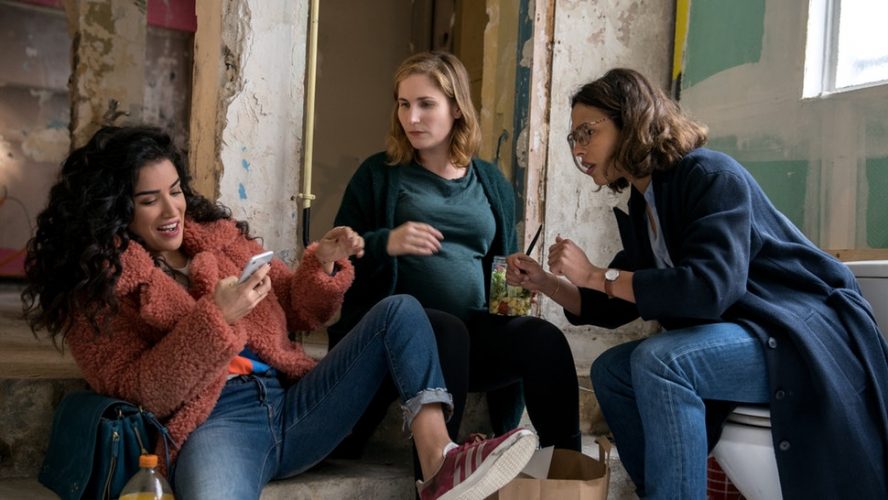 Netflix’s drive towards barging their way into the anime and otaku market and attempts to make significant headway as a western anime distributor has already been a well-documented affair – it is likely that you heard about their multi-billion dollars budget that they will be sinking later on down the road exclusively into anime licensing.

However, when we see the bigger picture, it becomes clear that this is only a natural part of Netflix’s recent efforts towards placing themselves out there on the international market – which perhaps explains the sudden insurgence of the foreign-language films including those in Latin American, European, and South-east Asian languages. French shows are outnumbered by the Spanish shows (unsurprising, given the wide currency of Spanish as the fourth-most spoken language in the world), but they are not eclipsed in popularity in any sense.

Shows like Dix Pour Cent and The Returned have already established themselves on board with two seasons and counting, while many other fresh shows have cropped up last year. The Hook Up Plan (Plan Coeur) is not as revolutionary and/or ambitious like some of the entries from the French screenwriters and directors, but for what it’s worth, it certainly holds up as a familiar romcom formula executed with great panache and heart. The show after a decent first season was renewed for a second season, which was well-received as well. Now the question arises, will there be a The Hook Up Plan season 3. Let’s find out.

The Hook Up Plan Cast: Who’s in it?

As a very genuinely localized romcom, The Hook Up Plan sticks to its Parisian roots, and the cast is also all-French to facilitate it. You possibly would not know the actors and actresses beforehand – none of them are household names or have attained quite the same level of international fame that an average leading actor or actress in the U.S. romcom scene gets. However, they rival even the best of Hollywood in acting, and almost all of them are acting veterans who have theatrical productions, TV shows, and plays to their name.

The lead actress for the rom-com, as well as the protagonist, is Zita Hanrot – you might remember her from Fatima (2015) — who plays Elsa. Zita has been a well-known young talent in the French film industry for quite a while. Tom Dingler, who plays Matthieu in the show, is not really as prominent as a mainstream actor, but he has been involved with the industry as a writer before – and The Hookup Plan marks his stellar entry into what will possibly be the beginning of widespread recognition as an actor for him. The rest of the main cast consists of Josephine Drai and Guillaume Labbe, both well-known talents in the French comedy scene, who play Emilie and Maxime.

If the show gets renewed for another season, you can expect the main cast members to be back for season 3.

The Hook Up Plan Plot: What is it about?

In terms of plot intricacy, The Hook Up Plan does not set out to be anything extraordinary – in fact, it willingly sticks to many romcom tropes, and advertises itself as ‘Love Actually’, but in Paris, without Hugh Grant, and with a ‘slight’ French accent. It is  a show that knows not to take it too seriously. While the plot may not exactly be cerebrally brilliant, the characters are well-written, the developments feel organic, and most importantly, the comedy strikes the perfect balance without either being too sparse or eclipsing the plot just for setups.

The almost too generic run of the mill premise for the story is as follows: Elsa, the protagonist, is obsessed with her estranged ex, and cannot get over him. Elsa’s friends set her up with Matthieu – who is an escort boy (something which Elsa is unaware of). The complication arises when Matthieu, who was supposed to be a rebound guy, and Elsa begin to develop mutual love between each other.

Season 2 being with Elsa returning to Paris after four months. As the season progresses, we find Elsa begging her friends for forgiveness and Charlotte finding her business on the brink of disaster. The season ends with Elsa dropping a bombshell after city announces the winner of the barge contract.

It’s clear in the way season 2 ends that the makers want to continue the story further. There’s still a lot that can be explored in the lives of our favorite characters.

The Hook Up Plan Season 3 Release Date: When will it premiere?

The Hook Up Plan is second on the list of Netflix’s French-language original series, the first being Marseille, so naturally, there are a lot of hopes tied with it especially since Marseille was so poorly reviewed by almost every television critic in the country. The two series are barely apart in the genre and presentation, but it appears The Hookup Plan has already established an upper hand. “This is not yet the revolutionary Netflix [show] that was hoped for from France, but it is already much better than Marseille,” said a critic.

Given the positive response, one can hope that Netflix will bring back the show for a third season. If renewed, you can expect The Hook Up Plan season 3 to release sometime in October, 2020.

The Hook Up Plan Trailer:

While we wait for season 3, if you want to refresh your memories, watch the official trailer for the debut season below, although it does give away the crux of the early to middle portions of the plot, so be forewarned if you have not seen the show yet.