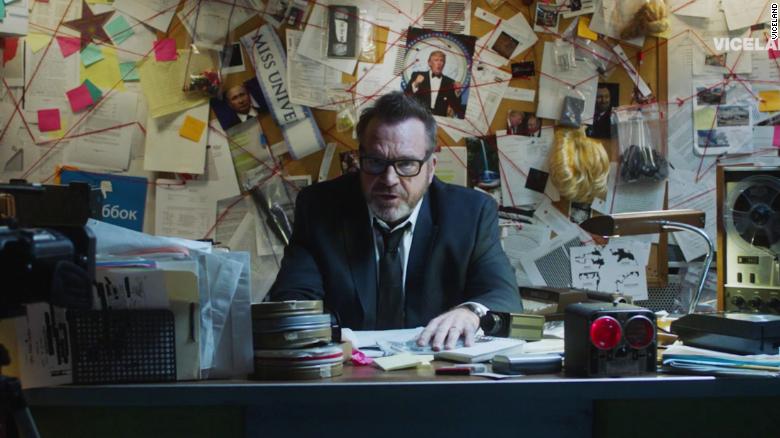 When a political satire series is being launched about the most colorful, controversial and powerful man in the world, it is needless to say that people will sit up and take notice. The comedian Tom Arnold, who is best known for his role in “True Lies,” is made his television debut with trying to find plethora of tapes depicting Trump in a very poor light. The show aired on Viceland Media as part of an eight-episode series. This show was expected to bring up some very serious questions, but that never happened.

The Hunt for Trump Tapes With Tom Arnold Cast: Who’s in it?

The Hunt for the Trump Tapes has Tom Arnold as the host. Maurice Tillmon and Ryan Wicks, play themselves in this crackers series. The writing/script is handled by John Platt. The production is handled by Peter Alexander, Tom Arnold, Liz Fine and others, and the editing is carried out by Peter Curtis, Ron Hill and others. The executive producers of the series are Jonathan Karsh and Nomi Ernest Leiden.

Several journalist, comedians and stars who have had acquaintances with Donald Trump make appearances at various episodes throughout the series such as Judd Apatow, Arnold Schwarzenegger, Penn Jillette, Rosie O’Donnell, The New York’s Jane Mayer, Felix Sater and Anthony Scaramucci. It is mildly interesting to see the encounters that they had, with the man in the hot seat. We are also given insight about the meeting that took place between Tom Arnold and Donald Trump’s lawyer, Michael Cohen.

The Hunt for Trump Tapes With Tom Arnold Plot: What is it about?

This series encapsulates how influential and powerful people come under spotlight because their past misdeeds once they occupy responsible positions. With the help of a lot of sources, personalities and whistleblowers who were directly or indirectly involved with President Trump during various points of time, Arnold tries to dig into tapes that potentially could shake up the Donald Trump presidency. He also intended to bring the real Trump to the forefront and believed that every American and everybody in the world should know the truth. He even claimed that the would continue this media trial until Trump is forced to relinquish the presidency.

The Hunt for Trump Tapes Season 2 Release Date: When Will It Premiere?

The Hunt For Trump Tapes season 1 premiered as eight-part series starting from September 18, 2018 at 10:30 P.M. EST. Two episodes of half an hour each were shown on the premiere date. The show tried to unravel the dubious deeds of President Trump. Tom Arnold and Vice-Land Media also launched a secured website exclusively for whistleblowers, citizen journalists and anyone else who has any information regarding Trump.

As far as the next season goes, it is not difficult to predict that it will never happen. The show proved to be a dud, with several people questioning Arnold’s motive behind doing a show based on conjectures and without actual proof. The 3.1 IMDb rating of the show is indicative of how poorly it was received. So, it looks like for all practical purposes, The Hunt For Trump Tapes season 2 stands canceled.

The Hunt for Trump Tapes With Tom Arnold Trailer:

Visit the show’s homepage to know more about the show.