When Will The InBESTigators Season 3 Premiere on Netflix? 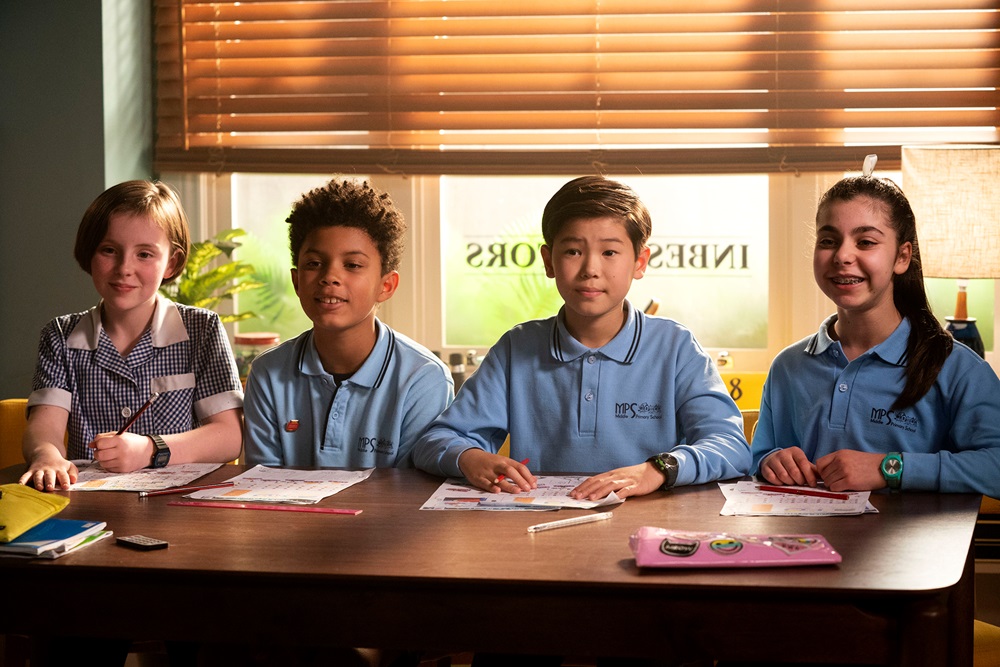 ‘The Inbestigators’ is an Australian children’s television series that is created in the mockumentary comedy style. It airs on ABC Me in Australia and New Zealand and on Netflix for its international audience.

Filmed at Moorabbin Primary School in Moorabbin, Australia, season 1 of the show premiered on June 21, 2019, on ABC Me, followed by its Netflix release in August 2019. This was followed by a second season that debuted in Australia on November 11, 2019, and then on Netflix in January 2020.

Now, the next question is: will the AACTA Awards nominee in the Best Children’s Program category make a comeback again. Will there be ‘The Inbestigators’ season 3? Let’s find out.

The InBESTigators Cast: Who is in it?

The lead cast of ‘The InBESTigators’ comprises of Abby Bergman as Ava Andrikides (who is totally invested in the betterment of her school), Anna Cooke as Maudie Miller (the talented puzzle solver), Aston Droomer as Ezra Banks (a highly gifted kid with huge potential), and Jamil Smyth-Secka as Kyle Klimson (the expert team sportsman).

This group of four kids forms the InBESTigators, who operate out of the granny flat in Ezra’s backyard. The crew’s leader is Maudie, gifted with amazing observational skills. Together, they solve some of the most puzzling mysteries in and around their school or neighborhood.

All the main cast members are expected to reprise their roles in season 3 as and when that happens.

The InBESTigators Plot: What is it about?

Each episode of ‘The InBESTigators’ poses one baffling puzzle, which is solved by a meddling bunch of kids. The star of their team is 10-year-old Maudie, who is exceptionally gifted in observing human behavior. Together, with her classmates Ezra, Ava and Kyle, she creates their own detective agency which solves puzzling crimes in the vicinity.

The story begins by introducing us to Ezra, Ava, and Kyle. When they learn that a new girl named Maudie is joining their class, they are excited to meet her. However, it is soon revealed that Maudie is not a regular kid. She is, in fact, a puzzle prodigy who might be weird with her social skills but holds a knack of observing people.

As expected, her first day at school brings in its own share of adventures. When Ava’s profits from her cupcake stall mysteriously go missing, the foursome decides to tackle a supposed thief. After figuring out and solving multiple clues, the crew is successful in outwitting the culprit. This is when Ezra pitches in a plan — they should start their own detective agency.

The kids name themselves the Inbestigators and set up their operation center in the granny flat in Ezra’s back yard. Coupled with Maudie’s intellectual powers, Ezra’s tech-savvy nature, Ava’s social skills, and Kyle’s unparalleled enthusiasm, they soon jump from one mystery to another. Their slate of clients include dancers, scientists, shop owners, and others. Among the cases solved, we follow them as they recover missing turtles, find stolen assignments, and unravel how and why the neighborhood car alarms have ceased functioning. Obviously, the crew also comes face to face with multiple miscreants.

Across the episodes, there are also learning lessons for Maudie, Ezra, Ava, and Kyle. They gradually discover that it’s easy to discover who committed a crime. But it’s more complicated to understand why they did it in the first place. It is revealed that mostly emotions like greed, loneliness, anxiety or jealousy force people into wrongdoing. Once the motive is revealed, we also learn about the different thought processes and feelings of individuals around us.

Maudie, Ezra, Ava, and Kyle maintain a record of their quests in a weekly vlog — which proves that they are serious in what they do. They understand the stakes when people expect you to help them. However, tackling cases is always not so simple when you have classes to attend and homework to finish. Yes, when you are in Grade Five, making the world a safe place to live in is not that easy.

‘The InBESTigators’ is an engaging, original series that is definitely entertaining. Most of the crimes usually revolve around the ‘whodunnit’ scenario and the plots are bright, funny, and plucky. Spanning only around 15 minutes per episode, each story is crisp, interesting, and manages to keep you on your toes.

In the season 1 finale, Maudie turns 11 years and Ava is surprised when she learns that her friend has never had a real birthday party in her life. The crew also gets involved in a mystery that concerns Maudie’s dad Brian Miller, who somehow does not get a letter for a conference in Hong Kong. Maudie finally comes to know that the case was deliberately conceptualized by Ezra, Ava, and Kyle in order to celebrate her birthday.

Season 2 continues following the inbestigators as they solve more crimes in the vicinity — one of the cases revolving around accused perpetrators who actually did not commit the said crime. Maudie, Ezra, Ava, and Kyle find the real culprit and understand his motive for the misdeeds. There’s also this case of three crimes that are committed by only one person and the team needs to track him down.

Season 3 is expected to embrace the same premise and follow the junior investigators as they crack more puzzles and mysteries in their neighborhood.

The InBESTigators Season 3 Release Date: When will it premiere?

As far as a third season goes, neither ABC ME nor Netflix has come up with an official announcement yet. But considering the massive popularity of the show, especially among young viewers, we would not be surprised if it gets a renewal soon enough. And if that happens, we expect a short waiting time like its previous seasons. Our best guess is that, if the series is recommissioned, ‘The InBESTigators’ season 3 should premiere sometime in August 2020 in the US.

While we wait for an update on season 3, you can watch the season 2 trailer right here.