Will There be a The InBetween Season 2? 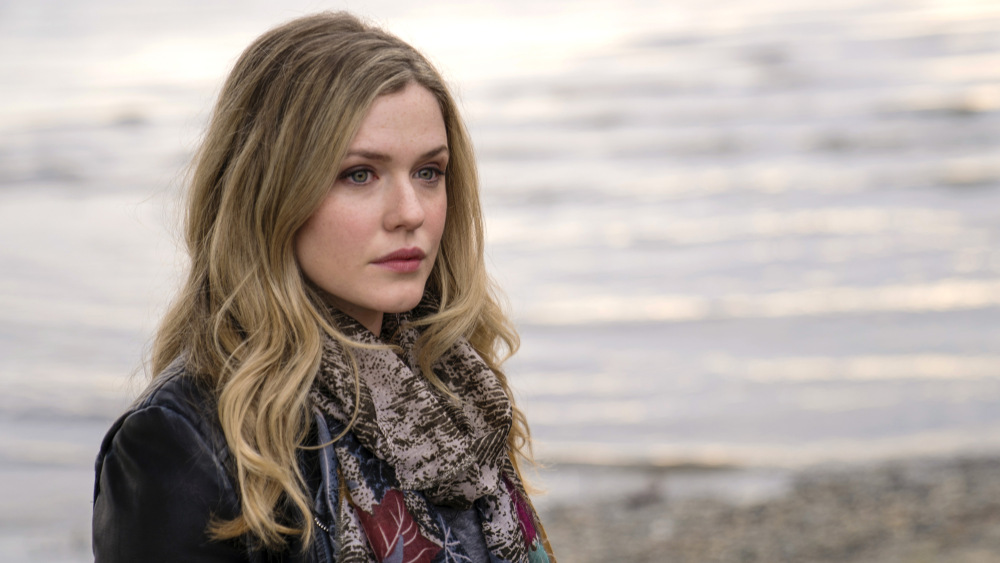 ‘The InBetween’ is a fantasy/supernatural/mystery thriller tv series that airs on NBC. It is written by Moira Kirland, who started her career in the show business as an assistant producer, and then quickly moved on to write and produce important shows like ‘Dark Angel’, ‘Haunted’, ‘The Twilight Zone‘ and ‘The Dead Zone’. The show is directed by Charlotte Sieling, who has earlier served as the director for ‘The Killing,’ ‘Bron,’ and ‘Borgen’.

‘The InBetween’ follows a woman who has some unique powers of being able to see the past and the future, and can also speak to dead people. Sometimes the dead even come to her for some help. She uses her special abilities to help her father and his new partner at the FBI to solve a series of cases, and this adventure of hers, deep within her own psyche, to bring criminals to justice becomes the crux of the show.

Season 1 of the series opened to mixed reviews from critics. Now if you are wondering if there will be a ‘The InBetween’ season 2, we have you covered. Read on.

The first season attracted an average viewership of 2.6 million per week and a 0.4 demo rating, including Live+Same Day numbers. It was ranked last in NBC’s 2019 summer schedule, comprising scripted original shows.

Los Angeles Times had this to say about the show: “To the extent, it lets its star shine and can laugh at itself, ‘The InBetween’ may prove a decent enough place to hang out and not think hard. This, too, is television”. Another critic, Ed Bark from TV Worth Watching, didn’t mince his words and said, “The InBetween, although it doesn’t quite play dead, seems unlikely to survive beyond its summer run. This is basic paint-by-the-numbers storytelling despite the otherworldly premise.”

From the beginning, it was difficult for ‘The InBetween’ to stand out among other similar titles in terms of content, writing, and acting. Therefore, it was looking unlikely that the show would receive another season. Hence, it did not come as a shock when in November 2019, NBC axed the show after just one season. Therefore, we can safely conclude that ‘The InBetween’ season 2 stands officially cancelled on NBC.

The InBetween Cast: Who is in it?

The star of the show is Australian actress Harriet Dyer who plays the lead character of Cassie Bedford. Dyer has starred in a number of Australian shows, but this is the first time she has worked in the United States. Her character Cassie is a girl with supernatural abilities, and although communicating with the dead takes a toll on her mind and body, she decides to do so anyway to help her father and his partner.

British actor Paul Blackthorne plays Cassie’s father, Det. Tom Hackett in the show. Blackthorne’s most famous film performance is the highly successful 2001 Bollywood film ‘Lagaan’ which was nominated for the Oscars. He also stars in the famous CW show ‘Arrow‘ (2012-2018) and ‘The Dresden Files’ (2007). The news of Blackthorne’s casting was kept a secret until ‘Arrow’ finally got over so that any unintentional spoiler reveals could be avoided.

Interestingly, Yusuf Gatewood is seen in the pilot as Damien Asante, the former FBI agent and presently Hackett’s partner. But the part had been recast with Justin Cornwell who is known for ‘Training Day’. Cindy Luna, Anne-Marie Johnson, and Chad James Buchanan are some of the other important members of the cast.

The InBetween Plot: What is it about?

Here’s the official synopsis of ‘The InBetween’: “Cassie Bedford was born with a rare ability. She has visions… whether she likes it or not. Sometimes Cassie sees events that have previously occurred or will happen in the future. Sometimes she encounters unsettled spirits who need her help. When her father, Detective Tom Hackett, and his new partner, former FBI agent Damien Asante, need assistance solving a dark and puzzling murder, Cassie reluctantly agrees to use her abilities and helps solve some of the city’s most challenging cases.”

The show moves like a procedural and is more character-driven than based on a rigid plot structure. The fact that the show does not take a routine approach in every episode is a welcome sign. After all, equal doses of drama, supernatural, and solid character arcs are essential for the success of stories like ‘The InBetween’. It is a rollercoaster ride of thrills, scares, and some genuinely emotional moments.

Below is the trailer of ‘The InBetween’ to give you a glimpse into what the show is all about.