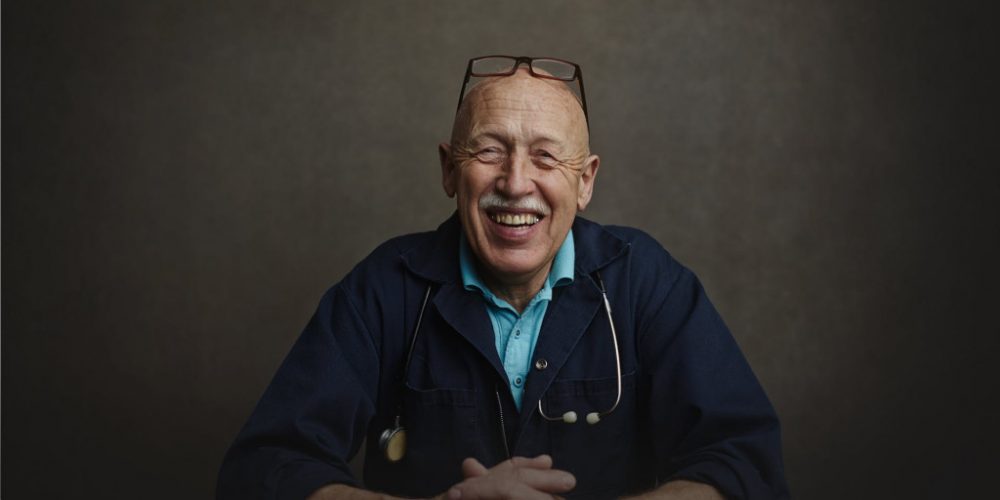 ‘The Incredible Dr. Pol’ is a veterinary show that airs on Nat Geo Wild. It first premiered on October 29, 2011. The show revolves around the many challenges Dr. Pol, who has over 40 years of experience, faces throughout his journey as a vet. The show also allows one to see how Dr. Pol saves thousands of sick and injured animals. It is based in the farming town of Weidman, Michigan, where Dr. Pol and his wife Diane run a small scuttle business, serving more than 19000 clients and five surrounding countries. Dr. Pol is as much a problem solver as he is a vet. This is evident when you watch the show.

The show is completely dedicated to animals and animal lovers. It is only entertaining but inspiring and educational to viewers of all age. As a result, over the seasons, it has gathered a steady fan following, and even the critics have lauded the practicality and pragmatic nature that Pol brings to all the problems that he handles on the show.

The Incredible Dr. Pol Cast: Who is in it?

Dr. Jan-Harm Pol is the central figure of the show. He was originally born in the Netherlands and studied veterinary medicine at the Utrecht University and graduated with a DVM degree. He then relocated to Harbor Beach, Michigan, and began to practice under another veterinarian for more than 10 years. It was only after relocating to Weidman that he started his own practice titled Pol Veterinary Services. He ran this out of his home.

Diane Pol is his wife of 50 years and helps him in whatever way possible. All their children are adopted and among them is Charles Pol, who pitched the idea to Nat Geo, and serves as a producer of the show. Charles also used to help his father out around the farm, and although he enjoyed being around animals, he did not want to follow in his father’s footsteps.

The other members of the cast are Dr. Brenda Grettenberger and Dr. Emily Thomas who both help Dr. Pol out in his practice. The doctors have had to face the stigma of being women, and initially, they had to win the trust of the farmers, but they are good at their jobs and indispensable to Pol. Hopefully, in the upcoming season, we will see all these people return, and maybe new faces will be added to the cast if Pol decides to hire someone new to help him out with the practice.

The Incredible Dr. Pol Plot: What is it about?

The show revolves around Dr. Pol who has a team that consists of his family and employees. Dr. Pol was raised on a dairy farm which gave him the appreciation of being around animals at a very early age. This also probably led him down the path of veterinary sciences, and ultimately, starting his own practice, as we see on the show.

The show captures Dr. Pol treating thousands of sick and injured animals. Nat Geo Wild network supported Dr. Pol once they saw his passion for animals, for his availability to assist animals and him being only a call away to treat an injured animal. Such is his dedication to animals and occupation. Most of the calls that come in are from TV viewers across the country looking for a consultant.

The show also throws light on to why Dr. Pol never retired and what triggered his love for animals. We are also given an explanation about how dangerous it can be to work around big and wild animals. The show has a section wherein Dr. Pol gives advice to people who have pets and instructs them on how to keep them healthy. It takes viewers down on his memory lane and reveals how his son Charles was the one who came up with the idea for the TV show. Throughout its run, the show has faced many challenges which comes with the territory of working with animals. However, both ‘The Incredible Dr. Pol’ and the good doctor himself, have performed incredibly over the seasons, pun intended.

What stands out in the show is the personality of Dr. Pol, and his demeanor even in stressful situations. He remains calm under pressure and tackles what comes his way. That being said, the show has received criticisms from other vets, saying that some of the practices shown on screen are substandard and regressive considering how much veterinary medicine has progressed. However, despite criticisms, it appears as though people still trust Dr. Pol with their pets, and Nat Geo stands firmly behind him as well.

In the upcoming season, we hope that the show addresses these concerns because, that aside, the doctor himself is fantastic, and we could not hope for a better individual to walk us through veterinary care than him.

The Incredible Dr. Pol Season 16 Release Date: When will it premiere?

‘The Incredible Dr. Pol’ Season 15 premiered on July 13, 2019. While Nat Geo has not given any information regarding the renewal or cancelation of Season 16, there is no reason to believe that the network would not greenlight another season.

After all, the series has a strong following as has been pointed out, “There isn’t much that 76-year-old veterinarian Dr. Jan Pol — who the Los Angeles Times called ‘the no-nonsense, Dutch American doctor who can fashion a goat’s leg splint out of parts from an old apple barrel’ — hasn’t seen or done in a half-century of practicing animal medicine, but every day presents new surprises as he and his staff at Pol Veterinary Services wrangle animals and tackle tricky problems at their clinic in rural Michigan.”

Our best guess is that if the show does get renewed, ‘The Incredible Dr. Pol’ Season 16 can release sometime in January, 2020 (since there is a gap of less than six months between two seasons). We will update this section as soon as we hear more.

While we wait for an update on season 16, check out this clip trailer to refresh your memories.