The Informer 2: Will There be a Sequel?

Andrea Di Stefano’s ‘The Informer‘ is an absorbing crime drama based on the award-winning novel, Three Seconds, by the Swedish crime-writing duo, Roslund and Hellström. The film centers around the titular “Informer”, Pete Koslow, as it nosedives right into the dizzying depths of New York’s underworld. While it may lack in originality, the film makes up for the with the intensity it infuses in the narrative and the treatment of its characters.

‘The Informer’ weaves together a complex web of narratives from opposing forces, and places Pete Koslow, played by Joel Kinnaman, as the spine of the story. Koslow is a reformed convict who works as an undercover informant for the FBI. But things take a drastic turn for him when an NYPD officer dies in a sting that goes wrong. Koslow, who infiltrates the Polish mafia, is then forced to return to the prison in order to protect his family. He finds himself under threat of being exposed as a mole, and realizes that there is nobody that he can trust from any side. Koslow, then, devises a plan with help from NYPD officer, Gren, to escape both the FBI and the mafia.

The film brings together the good and the bad forces, only to reveal the betrayals and corruption on both sides, with Koslow caught in the crossfire between the two. Given that ‘The Informer’ is based on a book, one can’t help but wonder if there is more in store for us. Since action is a franchise-dominated genre, could a sequel to the film really be on the cards? Here’s everything you need to know.

Will There be a Sequel to ‘The Informer’? 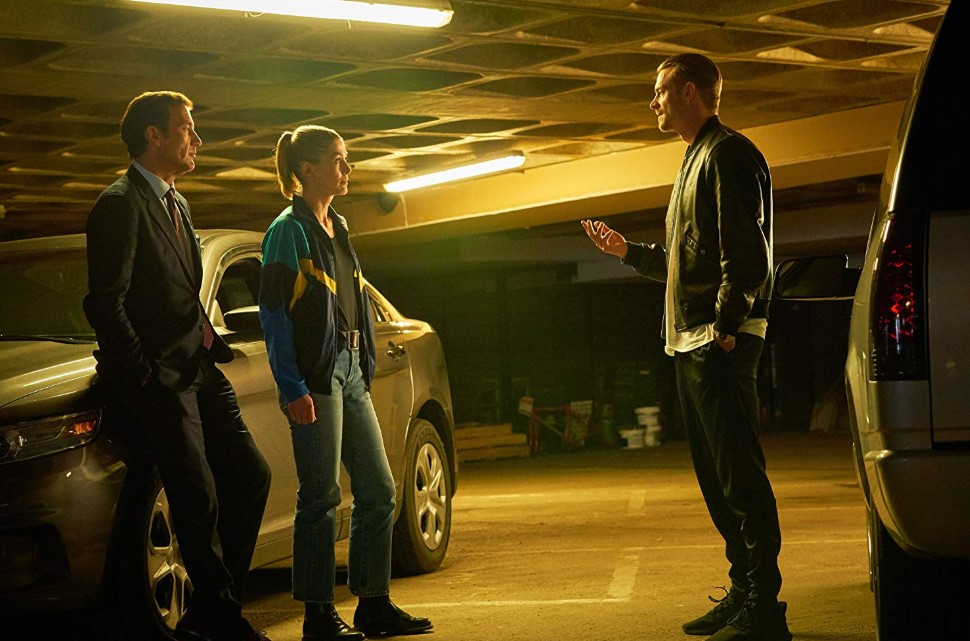 ‘The Informer’ had its theatrical release in the United States on March 13, 2020. Prior to this, however, the film released in the United Kingdom on August 30, 2019. The film has received largely a mixed response from critics, while the audience seems to have warmed up to it. It currently has a score of 53% on Rotten Tomato based on 30 reviews, revealing that the film has left critics divided. But it also important to note that most of the top critics on the site have given it a fresh score, including Variety, Times, Telegraph, and Peter Bradshaw from Guardian.

But whether or not ‘The Informer’ gets a sequel depends heavily on its box-office collection. Since the response from the audience has generally been favourable, the film could be a commercial success. However, considering that the film has already had a prior release such a while back, it may lose at least a part of its intrigue. But considering that the film’s estimated budget is relatively low, it wouldn’t be too hard for it to cover ground if it finds itself the right audience.

If ‘The Informer’ does manage to be a commercial success, a sequel to the film could definitely happen. Of course, it is too soon to comment on when and if would happen. But it is a possibility. After all, there is source material available for ‘The Informer 2’. Rolund-Hellström wrote a stand-alone sequel to Three Seconds, titled, Three Minutes, which was published in 2017.  Interestingly, the production of ‘The Informer’ took place the same year as the publishing of the much-awaited sequel. This could hint at the possibility of there being more in store for us.

Three Minutes continues the narrative of Pete Koslow, who is Piet Hoffman in the book. It follows the events after Three Seconds and has Piet/Pete on the run from the authorities who believe he is dead. He shifts to Cali, Colombia, where he lives with his wife and kids. But he takes up two dangerous jobs in Colombia, one including the Colombian cocaine cartel, while the other as an informant for the DEA.

The story of the follow-up by Roslund-Hellström will certainly make for a riveting film sequel. Whether or not it happens, of course, depends on the success of ‘The Informer’ as well as the intentions of its makers. But given how franchise-dominated the action-genre has become, we could certainly hope for one. If at all we do get a sequel to ‘The Informer’ we could expect it to premiere around 2023 or later.

Read More: What is ‘The Informer’ Based on?