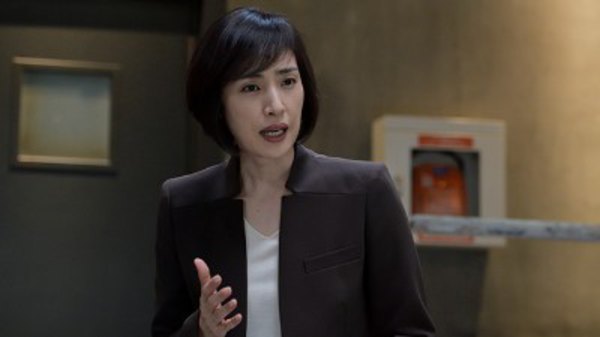 The Interrogation Room is a non-fiction crime reality series which first premiered on 30th April 2018 on Discovery Channel. The series portrays a different angle on real-life criminal investigations. The show investigates all the elements of the crime and listens closely to the petrifying conversations. It is produced for Discovery Channel by Jeanie Vink who is a senior executive producer of the show. The series also showcases the tactics used by detectives to obtain information and confessions from the criminals. The conversation ends with the convictions if suspects are held responsible. Detectives Marty Albert and Marcus Glover try to uncover the mystery behind cold-blooded murders.

In one of its episodes, 34-year-old Brent Luttrell is found dead in the middle of a road in the rural area of a country. The detectives find only one suspect, and that is the ex-boyfriend of his present girlfriend, Ashley Hadder. But things take a curious turn when one suspect turns into six. The case turns into a web of deception, dispute, and denial. The detectives have to unmask the real killer in the interrogation room. They also use their skills and solve the puzzles and seek justice for the victims.

The Interrogation Room Season 2 Cast: Who is in it?

The cast for the upcoming series is not listed yet. The cast for the first season is Dwight Turner, Ray Reynolds, Richard Bird, Thomas Alan Nelson, Noah Forrest, Hany Osman, Ronda Swindell, etc. We will update this section when we have news on an additional cast.

The Interrogation Room Season 2 Plot: What is it about?

In season 1, the detectives pursue the six suspects in the Grand Rapids murder caught on camera. In the next episode, detectives talk to the suspects to find the two young women missing in California. The detectives form a team and find a women suspect who is behind the murder of two men. They find one suspect, but before they have to catch her, she slips from the hands of the detectives. Further, in the series, they investigate a missing case of two college football players. They discover that had been mistaken for someone else and were held captive by kidnappers. Another episode shows these detectives interrogate two women who are the key to rescuing the men. They have to hurry up before it is too late. More on the series – a detective considers a self-defense case when a woman is held responsible for her husband’s death, and the others wonder what if it had not been an act of self-defense. The interrogators then ask only one question to bring out the real truth.

Further, a firefighter discovers two burnt bodies in the ashes of the house fire. With the help of the evidence, the detectives reckon that it is a terrible accident. They suspect a killer who gets caught in his own lie. The many cases showcased in the series are brought to fruition by the skilled detectives and their interrogation techniques. Watch the show to find out.

The Interrogation Room Season 2 Release Date: When will it premiere?

Discovery Channel will take their own time with the renewal of the show. Let’s hope they reveal the air date for the interrogation Room Season 2 soon. The last episode was aired on 30th April 2018. One can expect the renewal to happen sometime in 2019.

The Interrogation Room season 2 is yet to be scheduled. You can watch an entire episode of season 1 on YouTube.