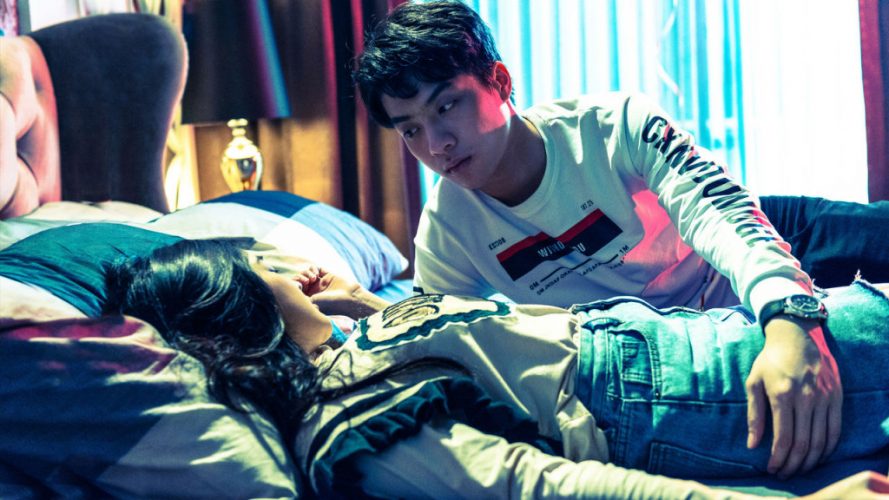 The Judgement is a Thai language teen drama series about social networks and popular perceptions. The Netflix is about a young woman, who is a university student and how she deals with the toxic culture of shaming and hypocrisy in her school.  The show starts with her putting a gun to her head and narrating the events that led to her to this point. If the premise sounds familiar, you might be right because the show does share quite a few resemblances with another Netflix show ’13 Reasons Why’.

The Judgement Cast: Who’s in it?

The Judgement Plot: What is it about?

After the dramatic opening where Lookkaew calls out her entire college and then puts a gun to her own head, the show flashes back to events of several weeks earlier. A well-liked, shy young woman, Lookkaew is still dealing with the loss of her mother, while studying at the University, and dating a rich and popular guy, Aud. The relationship comes into crisis when someone rapes Lookkaew at a party and photos and videos of the incident start making the rounds online. As she tries to come to terms with her own confusion and anger, the social media ripples of the event spread across the school.

The show tackles heavy material and serious social issues. But, to white audiences, at least, the writing and the performances and even the background music can seem a little melodramatic. However, the plot touches upon many relevant issues of modern culture from bullying and rape culture to social media. The main topic of ‘The Judgement’ is the incident of the rape. The show does not offer a fairly comprehensive explanation of the term and all its forms. The characters themselves slowly become more aware it as the show progresses. One of the strongest positives of the show is the way it points out the huge social injustices that occur when survivors actually try to make their voices heard. It highlights the sad fact that even in a post #metoo world, the chances of being believed or supported after accusing your rapist are abysmally low in our society – globally.

There are many other issues that are dealt with peripherally, like the gay couple, and how the intolerant reaction from parents can damage their children‘s well-being. There is an almost constant reminder that it is easy, but wrong, to judge people and events without knowledge of the full situation. The show can be very difficult to watch, because it shows us the worst drama we are always trying to ignore and the harm that can be done by social media, in comments, in videos. There are no clear cut blacks and whites, and the grey shows people as they truly are.

The show is known as Dai Rueng in its original language and is a highly watchable mix of romance, teen drama, suspense, and mystery. The series focuses on extremely sensitive and contentious topics like cyberbullying, homophobia and gay stereotyping, betrayal, harassment and bullying, and abusive parents. The show released its 45-minute episodes on GMM 25 and all episodes of season 1 are now available on Netflix.

The Judgement Season 2 Release Date: When will it premiere?

‘The Judgement’ Season 1 premiered on August 9, 2018 on the online streaming portal Netflix. The series has managed to grab much attention from viewers since its release and has become quite popular.

As of now, there is no news about whether the series has been renewed and if a second season will be filmed and released. The show appears to have run into some trouble with its production despite being so well received. There is definitely some potential for taking it further, and fans of the show are quite hopeful. If we receive any news on ‘The Judgement’ Season 2 release date, we will update in this section.

While we wait for an update on ‘The Judgement’ Season 2, check out the season 1 trailer to refresh your memories. If you haven’t seen the show yet, head over to Netflix to catch all the episodes of the previous season.