The Kingdom Season 2: Everything We Know 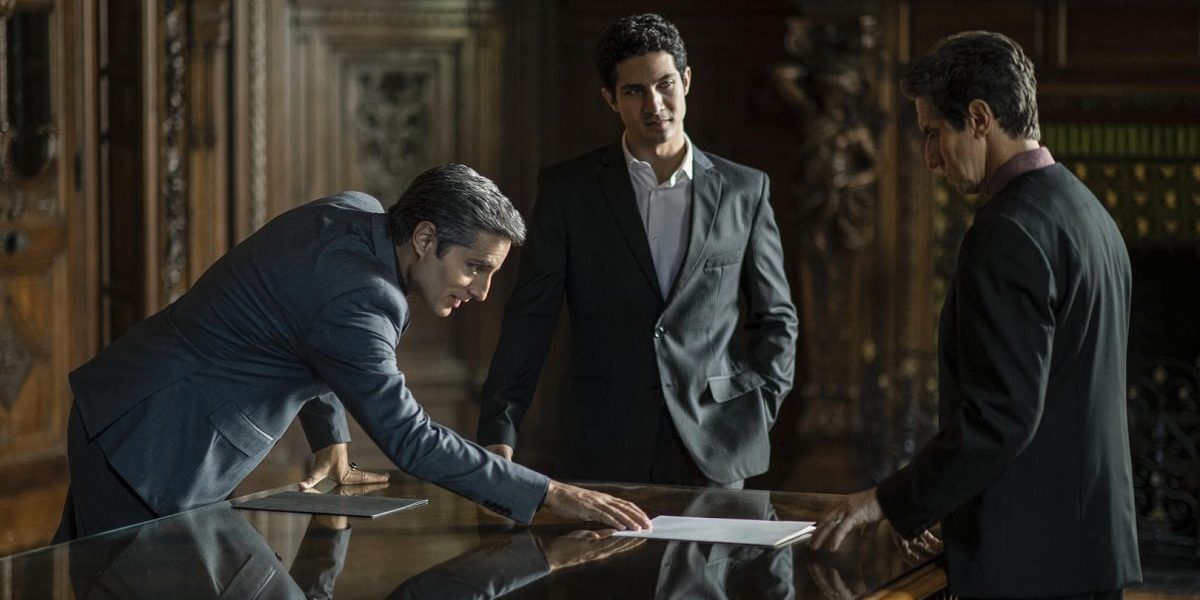 Politics, religion, corruption, and a generous dose of manipulation is what ‘The Kingdom’ is all about. Originally titled ‘El Reino,’ the Argentinian crime series revolves around a televangelist running for elections. As the candidate contending for the president’s position is assassinated during the campaign, the preacher sees an opportunity of a lifetime.

Created by Marcelo Piñeyro and Claudia Piñeiro, the political drama initially released in August 2021. The series has drawn praise for the acting, cinematography, and editing. The controversial nature of the subject matter is also bound to attract attention as the show plays with the ideas of religion and political ambitions. If you find yourself craving for more after racing through the first season, you aren’t alone. We did some digging on the potential season 2, and here is everything we have found!

‘The Kingdom’ season 1 landed in its entirety on August 13, 2021, on Netflix. The freshman season has eight episodes that run for 34-52 minutes each.

With regard to the second season, here is what we know. Netflix has not yet made any public statements about whether or not the riveting crime drama will return for another round. However, we know that Argentina has delivered some interesting crime shows before this, namely ‘El Marginal’ that ran for three successful seasons and a historical crime drama called ‘Historia de un clan.’ While there are more shows from Argentina such as ‘Edha,’ ‘Go! Live Your Way,’ ‘Apache: The Life of Carlos Tevez,’ and ‘Millennials,’ the streaming giant might want to strengthen its content library by ordering more seasons of this show.

It was reported that the production team began filming season 1 in late January 2020 but was compelled to shut down in March 2020 due to the pandemic. The cast and crew apparently resumed filming in Fall 2020. All in all, the production team required 10-12 months to prepare the first season for release. Therefore, if the show is greenlit by Fall 2021, we can expect ‘The Kingdom’ season 2 to release sometime in Q3 or Q4 2022.

The Kingdom Season 2 Cast: Who can be in it?

The Kingdom Season 2 Plot: What can it be About?

In the first season, Armando Badajoz’s murder shocks the nation, but his advisor Rubén is confident that Reverend Emilio will be the right presidential candidate. However, Rubén and Emilio do not have a smooth working relationship as they constantly try to one-up each other. By the end of the season, Emilio wins the elections and announces the names of the ministers in his cabinet. He names Julio as his Chief of Staff, much to Ana’s shock. Despite playing his cards right, Rubén is surprised by how Emilio works his magic on the crowd. The newly elected president spins a story around how he was the target of Remigio’s attack and not Badajoz, whose death was unfortunate. Elsewhere, Jonathan and Tadeo land up in what seems like a small village after they leave the country.

If there is a season 2, we will know what fate has in store for Jonathan and Tadeo. Julio finds himself smack dab in the middle of a political and criminal web. In season 1, he tries to help Candia crack the case against Emilio, so we will see what he does next. It seems that Rubén and Emilio have a lot to work out, and more people are bound to become collateral damage in their dangerous games. So, if the show returns for a second round, all this and more will be addressed.