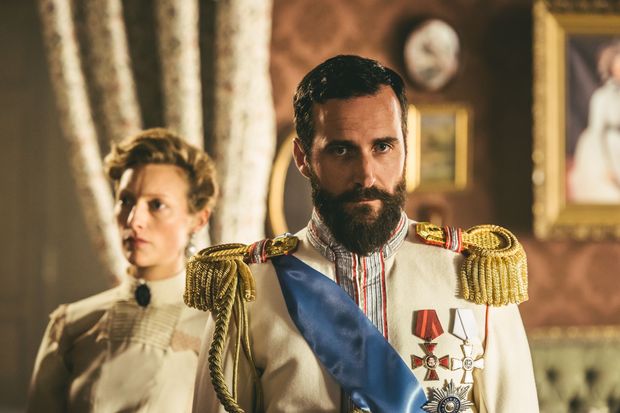 One of history’s most devastating incidents that shook the 20th-century was the brutal massacre of the Romanovs, which marked the end of a 300-year-old imperial dynasty. Although this meant their political reign was over, their story still continues to fascinate many. Nearly after a century, when this tragic execution took place, Netflix came up with a series — part historical documentary and part period drama — which delves into the history of the last Czars to rule Russia.

‘The Last Czars’ narrates the fall of the Russian Imperial Romanov family and its patriarch, Tsar Nicholas II, who were murdered in 1918, post the February Revolution. During this period, there was a social upheaval that swept through the Soviet, with Czar Nicholas II resisting the change. This led to a revolution that culminated in the death of the entire generation.

The Last Czars Cast: Who is in it?

The Last Czars Plot: What is it about?

A scripted drama that is accompanied by leading historians offering their insights in some of the scenes depicted on the show, ‘The Last Czars’ chronicles the events that led to the ruthless assassination of Tsar Nicholas II, his wife Empress Alexandra, and their five children — Olga, Tatiana, Maria, Anastasia, and Alexei. After World War I, the Soviet witnessed a huge crisis, making the regime too fragile. Amidst several political upheavals, when Nicholas II couldn’t control one of the protests in St. Petersburg, he was compelled to resign. In 2018, his command was replaced by a Republican rule under a provisional government by communist agitators. Meanwhile, the tsar, along with his family, was exiled to the Siberian town of Tobolsk. After one year, they were shifted to the local Ural Soviet council, Yekaterinburg and imprisoned in the Ipatiev House. Finally, on the night of July 17, 1918, the entire family was assassinated by Bolshevik guards.

The Last Czars’ primary goal is to explore the lives of the final Tsar and Tsarina of Russia, whose personal life was immensely under stress because of the growing unrest in the country, especially after the nation’s devastating losses during the First World War. Fearful about his and his dynasty’s future, Nicholas II took help from a mystic monk, named Grigori Rasputin. When he started exerting his influence on the royal family, he quickly gained their confidence and started to amass status and power, to further his own ambitions. Sexually promiscuous and a heavy drunkard, Rasputin’s actions were criticized by the public. Since he had a huge influence on both Nicholas and Alexandra, he was one of the major reasons that caused the downfall of the Tsar.

As viewers, we can, in fact, relate to many of the emotional turmoils depicted across the episodes. For instance, most of Alexandra’s actions were a result of her trying to protect her children. She blindly trusted Rasputin because she believed that his powers were actually having a healing effect on her son and heir, who was suffering from hemophilia. On the other hand, she desperately wanted her husband to succeed because she was in love with him. Meanwhile, Nicholas, the handsome and blue-eyed monarch was majestic and immaculate in his own way. But he believed that it was his birthright to rule as a sacred autocrat. This arrogance gradually made him earn the distrust and disrespect of his own government. And when the couple brought in Rasputin to make up for their inadequacies, it became the final straw in propelling their demise.

A groundbreaking and ambitious show, ‘The Last Czars’ is epic in nature. Several critics have compared it to other series such as ‘The Crown‘ and ‘Victoria‘. However, there’s a difference in the format. This is not a 100% scripted drama. With world-class historians giving explanations about some of the contexts behind the scenes, it is extremely detailed, raw, and brutal. It allows viewers to have a glimpse into the lives of not-so-perfect, powerful individuals, which actually makes them seem more humane. Moreover, the story, though historical, still holds relevance in the modern era. The Romanovs are remembered as martyrs in the Orthodox church and their tale has repercussions in the religious and political life even today.

The Last Czars Season 2 Release Date: When will it premiere?

‘The Last Czars’ season 1 premiered on July 3, 2019 on Netflix. All of the six parts of this mini-series aired on the platform on the same day. Seamlessly blending remarkably detailed history with captivating dramatization, this Netflix show is remarkable.

As far as the next season goes, nothing has been announced as of yet. Since the show was developed as a mini-series, we cannot be sure if the creators want to extend it to another season. Does the story end with the Romanovs’ demise? Or do they plan to stretch the story further? Our best guess is that the show may not continue further, but if it does, ‘The Last Czars’ season 2 may come out sometime in 2021. Let’s wait until Netflix comes up with an official announcement. We shall update this section as soon as we hear from them.

While we wait for an update on ‘The Last Czars’ season 2, check out the season 1 trailer below. If you haven’t seen the show yet head over to Netflix to catch all the episodes of the previous seasons.