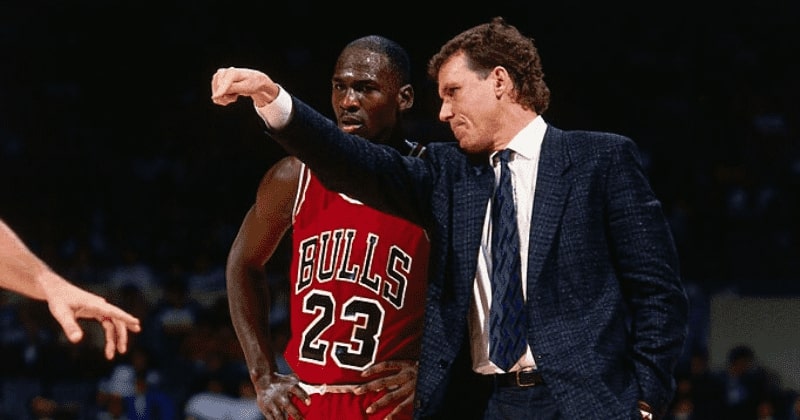 Michael Jordan’s rise to superstardom and his career with the Chicago Bulls come to light in ‘The Last Dance.’ Capturing his poetry on the court, the series also documents the various challenges Jordan faced in his career. Alongside that, we learn more about his teammates and the structural changes that the Chicago Bulls went through, after enjoying a spell of success.

The series drops two episodes together. Accordingly, Episodes 3 and 4 have aired. We see one of the most colorful characters joining the Chicago Bulls after Scottie Pippen was injured. With the number two out of action, the Bulls needed a motivator, and Dennis Rodman entered the scene. A former member of the Detroit Pistons, Rodman had been an invaluable part of the defense that stopped the Bulls’ progress.

The show oscillates between past footage and present interviews to provide a more comprehensive picture. We understand that despite Rodman’s flair, and wild lifestyle, he put in the work where needed, earning him the respect of his teammates. During the time, we also see the Bulls approaching basketball by giving Michael the ball, and getting out of the way.

Detroit Pistons took the winds out of their sails, and out of Jordan by beating him on the court. It forced Jordan to hit the weights and set high standards for himself. Interviews with his trainers and coaches give us a glimpse into the determined mind of the champion. We also see how Jackson incorporated the triangle play, which Jordan initially disliked. It meant that the team was no longer centered around him, but Michael realized it gave the Bulls a higher chance of victory. Ultimately, the episodes depict the birth of a new era as the Bulls go on to win the NBA. Curious as to what the upcoming episodes have in store? We have the spoilers right here, apart from information on when and where to watch it.

The Last Dance Episode 5 Release Date: When Will It Premiere?

The upcoming episodes will witness Michael Jordan transforming from a sports star to a brand, a mythical icon, a legend. It is no secret that Jordan became a phenomenal individual, commanding the respect of those on and off the pitch. Allen Iverson, a talented player himself, even called Jordan ‘black Jesus.’ However, the coming episodes will focus on Jordan’s tie-up with Nike, resulting in the iconic Air Jordans that would be embraced by the world as a fashion statement. The Air Jordans initially was designed for Michael and his teammates, but the popularity of the Bulls catapulted the shoes into the public domain. Scored to A Tribe Called Quest’s “Can I Kick It,” the trailer shows how even celebrities wanted a piece of the legend that Jordan created for himself. Check out the clip below.