Will There be a The Last Days of American Crime Sequel? 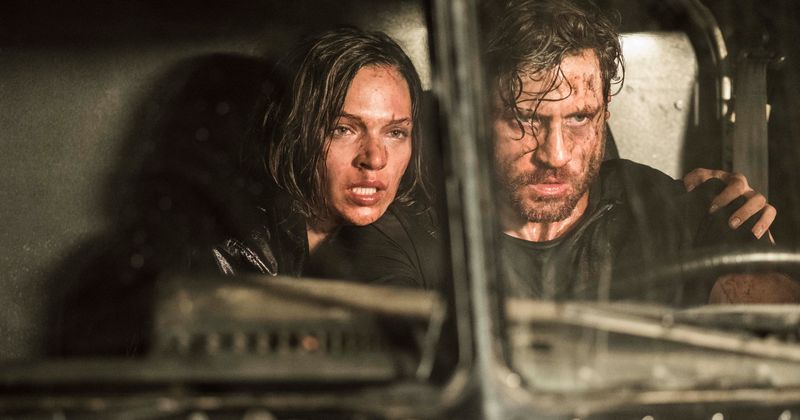 ‘The Last Days of American Crime‘ is a Netflix movie that seeks to combine the thrill of a heist movie with the bleakness of a unique, dystopian premise. By doing so, the movie promises the action of heist films while aiming to steer clear of some run-off-the-mill plot devices. The film is based on a graphic novel of the same name by Rick Remender and Greg Tocchini. The film stars Edgar Ramirez, Anna Brewster, and Michael Pitt in leading roles.

The story takes place in a speculative world where the United States government plans on broadcasting a signal called the American Peace Initiative (API) that would disallow the public from committing illegal or immoral activities. In such a world, a criminal named Graham Bricke joins hands with a couple (Cash and Dupree) for a heist. They plan on delaying the broadcast of the signal by half an hour and using that window to steal a large sum of money from the city’s mint, followed by crossing the border to Canada. Several viewers would have wondered whether the movie will have a sequel. If so, when would it be released?

The first question is whether there is going to be a sequel to ‘The Last Days of American Crime.’ There has been no official word regarding a potential sequel yet. Hence, it is difficult to say whether a sequel is planned or not. If there is a sequel, however, the movie’s makers would have to go beyond the original source material. (SPOILERS) While the movie sees multiple central characters be killed off towards the end, there is still potential for a sequel. However, that will be discussed in the next section.

There is still the question regarding a potential release date for the sequel. If there is a sequel, it will take at least a year and a half for it to be released. ‘The Last Days of American Crime’ was filmed in late 2018. The movie took more than one and a half years to be released after that. When it comes to the sequel, fans would have to wait for a second part to be announced. After the announcement, the sequel can be expected to take about one and a half years (judging from the timeline of the first film) to be finished and released. Hence, ‘The Last Days of American Crime’ cannot be expected before 2022.

The Last Days of American Crime 2 Plot and Cast: What to Expect?

Towards the end of ‘The Last Days of American Crime,’ two central characters (apart from a few minor ones), Bricke and Cash are depicted to have died. Hence, they cannot be expected in the sequel. However, the character of Dupree is still alive and free in Canada. She gradually becomes the protagonist of the film. Hence, viewers might get to see Dupree lead the sequel.

Plot-wise, one can expect Dupree to be involved in another heist. Since the premise of the API signal is central to the film, Dupree might be seen being forced to return to the United States. She might plan to go to the USA for a heist and then return. There is also a possibility of the sequel taking a classic dystopian story route. To be clearer, the sequel might see Dupree’s actions leading to a people’s revolt against the API. Perhaps Dupree ends up stopping the API momentarily for a heist, leading people to be able to express dissent.