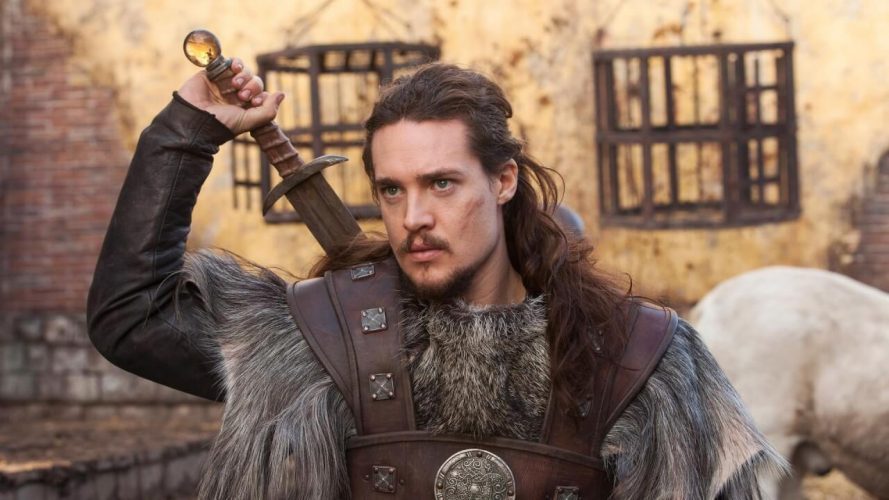 The Last Kingdom is a British drama series inspired by a series of novels called ‘Saxon Stories’, written by Bernard Cornwell. The series is produced by Chrissy Skinns, Stephan Butchard, Nigel Marchant, and Gareth Neame. It has been filmed in Hungary and airs on BBC Two in the UK, BBC America in the US, and on Netflix.

The Last Kingdom us a glimpse of late 9th century AD when England got divided into seven separate kingdoms, among which only the Kingdom of Wessex remained the major stronghold against Danes, and attacked and plundered other kingdoms. This war of kingdoms captivates its watchers with its intense acting, excellent direction by Peter Hoaras, and enchanting music by John Lunn. Bernard Cornwell said in the interview: “It’s an extreme world… a world of violence, decay and nastiness.”

The Last Kingdom Cast: Who’s in it?

Season 4 follows the events as recounted in 2013 novel, The Pagan Lord, which takes a decade leap ahead of its previous books. If the timeline is conformed to, new faces shall be part of The Last Kingdom. We can also Uhtred’s children by Gisela, ten years older which again means a new set of actors.

Alexander Dreymon should be cast as the older Uhtred of Bebbanburg is set to return (looking perhaps a little greyer), and is set to challenge his rival Aelfric, played by Joseph Millson. Stefanie Martini is cast as Eadith playing “Aethelred’s new love conquest.” Jamie Blackley appears as Eardwulf (Aethelred’s right-hand man).

The Last Kingdom Plot: What is it about?

The Last Kingdom is a British sword-slinging historical drama series set back in 800 – 900 AD. In the 872, the Danes attacked the then different kingdoms, which we now collectively call as England. The only kingdom that survived to take up arms against the Danes is the Kingdom of Wessex, which is under the command of King Alfred. Meanwhile, Uhtred, the son of a Saxon nobleman, gets captured in the war by Danes. They raise him as one of their own. Now as war rages, his loyalty is tested where he must either take the side of his birthplace or the people of his upbringing.

Season one roughly covers the story of the novels The Last Kingdom and The Pale Horsman, with slight changes, whereas the second series based on Sword Song and The Lord of the North. The third season takes into account the next two novels in the series, The Burning Land and Death of Kings, but with major changes. Season 4, based on The Pagan Lord, sees a slightly older Uhtred of Bebbanburg and Aelfric battle each other and put an end to their rivalry.

The Last Kingdom Season 4 Release Date: When will it premiere?

The Last Kingdom season 1 premiered on October 10, 2015, on BBC America, and on October 22, 2015, on BBC Two in the UK. The season has eight episodes. Season 2 was renewed for eight episodes and premiered on BBC Two in the UK in March 2017. After the exit of BBC America, Netflix co-produced the season with BBC Two. Season 3, consisting of 10 episodes, premiered on November 19, 2018. All the episodes were released on the same day, leaving fans wanting for more. Since its third season, Netflix has served as the sole producer and hence, season 3 is only available to watch on the streaming website.

Eliza Butterworth thinks the association with Netflix was a step in the right direction for the series. She said, “it’s brilliant because in this day and age where everything in our culture is ‘now, now, now’ and people don’t really have the patience to wait a week for each episode, I think it’s great to give it all at once. And some people who are mega fans, as we all are, can watch it all in one day… which is something that we’re going to do too!”

The renewal of the fourth season has been confirmed on the official Twitter page of The Last Kingdom, and the announcement was made during the month of December last year. But the air dates are yet to be announced. The series began filming in April 2019 and is expected to have 10 episodes. Our best guess is that The Last Kingdom season 4 could release in October or November 2019. Stay tuned!

You can stream all the previous seasons of The Last Kingdom on Netflix. Watch the trailer for season 3 below: