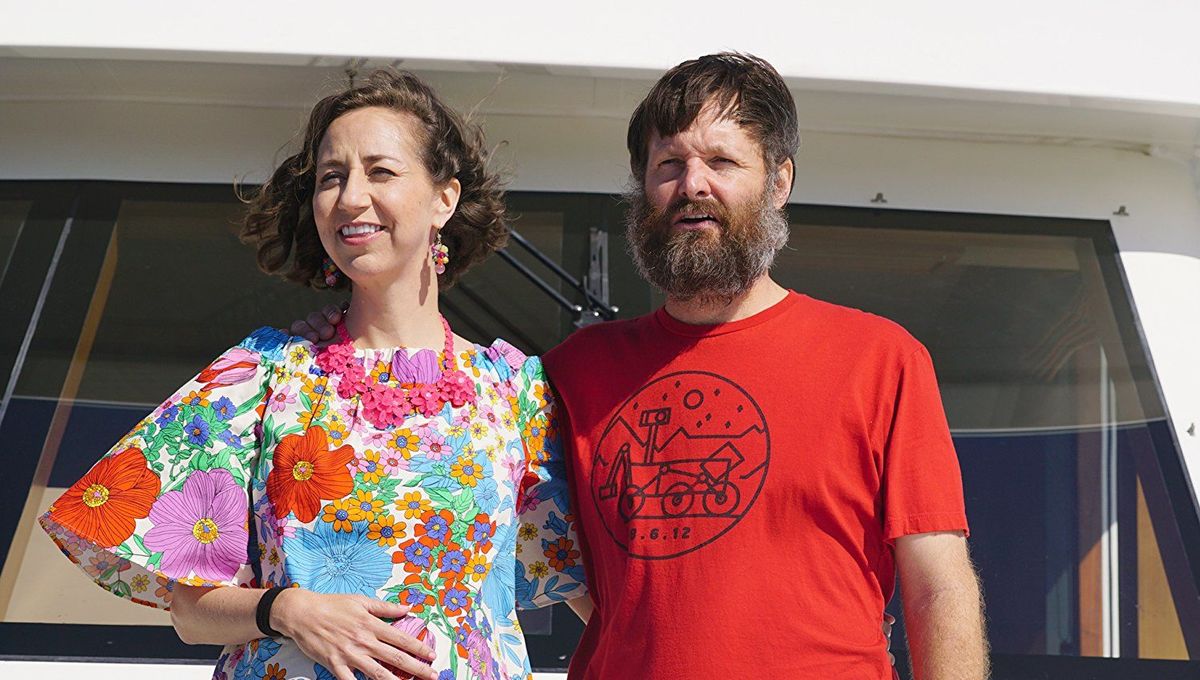 Should post-apocalyptic themes mixed with comedy? No… right? Well, ‘The Last Man on Earth’ is here to prove us wrong, as the sitcom wonderfully blends the two. It has been created by Will Forte, who you might recognize from the Oscar-nominated movie ‘Nebraska‘. The reason behind the comedic brilliance of the show becomes self-evident if you look at the list of executive producers, which apart from Forte, includes Phil Lord and Christopher Miller. The two are famous for bringing their particular brand of humor to popular franchises like ‘The Lego Movie‘ and ‘21 Jump Street‘.

‘The Last Man on Earth’, which is partly their brainchild, airs on Fox and first premiered on March 1, 2015. Before you read on about the show, you have to appreciate the work that goes into turning such a serious genre into a laugh riot. Critics have also lauded the show, with The Hollywood Reporter saying it is “a genre-busting breakout that’s creative, nuanced and inspired”.

The Last Man on Earth Cast: Who is in it?

The cast of ‘The Last Man on Earth’ is led by Will Forte as Philip Miller, a socially challenged man who becomes the seemingly final miserable survivor of the virus attack. Kristen Schaal appears as Carol Pilbasian, another survivor, who marries and becomes the wife of Philip Miller. January Jones plays Melissa Shart, a former real estate agent as well as a close and compassionate friend of Carol Pilbasian. We see Philip frequently vying for her attention, as the three seem to be caught in a weird love triangle.

Mel Rodriguez of ‘Better Call Saul‘ fame appears as Todd Dimas Rodriguez, another survivor who joins Phil’s group and later starts dating Melissa. Cleopatra Coleman is seen as Erica Dundee, an Australian woman and a self-described “political nerd” who after going on too many complicated dates, marries Gail Klosterman. There is Mary Steenburgen as Gail Klosterman, a former restaurant owner and a chef, who begins a romantic relationship with Erica and then gets married to her.

If you think the main cast is impressive, you should check out some of the members of the supporting cast including the likes of Jason Sudeikis, who is known for ‘Horrible Bosses‘ and ‘We’re The Millers‘, as Mike Miller, Phil’s astronaut brother, Mark Boone Junior, famous for ‘Sons of Anarchy‘, as Pat, a crazy survivor that Mike meets, and an ardent conspiracy theorist, and Kristen Wiig as Pamela, a wealthy socialite survivor.

The Last Man on Earth Plot: What is it about?

‘The Last Man on Earth’ basically tells the tale of Phil Miller, who is seemingly the only survivor, after a deadly virus has wiped off the earth’s population. Miller stocks his home with pornography and collects fine arts and White House memorabilia. He also manages to turn all the pools into alcohol storage places and turns one into a toilet. However, despite all the fun he can have, he does long for company and a scene captures this beautifully as we catch Miller surrounded by baseballs with painted faces. If you love films, you will understand the subtle nod to Tom Hanks‘ volleyball in ‘Castaway‘.

Just when Miller wishes for some company, it shows up in the form of survivors. First comes Carol, and though they are annoyed with each other, Phil and Carol get married so that their children are not born out-of-wedlock. This is Carol’s idea of course, and Phil finds it ridiculous to see such old-world rules being carried in a post-apocalyptic situation. However, he gets with the plan for repopulation purposes. Over time, they are joined by more survivors, but Phil’s brash attitude becomes a problem and we see him get banished. Carol, being the dutiful wife, goes with him.

The next season picks up with Phil and Carol reuniting with the survivors in Malibu, trying to build trust. They are joined by Mike, who meets them after crashing down to earth. However, it seems that he is infected, and has to leave. This is when the survivors face a threat from Pat, and they have to be on the move. They meet a few more people and decide to leave the USA.

In the following season, the threat from Pat is neutralized — thanks to Pamela — and the group eventually heads to Mexico. This is where they find themselves surrounded by dozens of underground survivors.

Unlike the people on ‘The Last Man on Earth’, the show itself did not survive on the network, but the showrunners outlined the plot of what would have been the final season of the show. The plan was to have both groups of survivors try to coexist, and gain each others’ trust, only to have the main characters infect and kill everyone as the carriers of the virus. It would have truly been an explosive and morbidly funny ending, keeping with the tone of the show, if the story had been allowed to reach its fruition.

The Last Man on Earth Season 5 Release Date: Will it happen?

The Last Man on Earth Trailer:

Here’s the trailer for Season 4 of ‘The Last Man on Earth’. If you love comedies and do not mind a morbid sense of humor, then this show is perfect for you.