When Will The Last O.G. Season 3 Premiere on TBS? 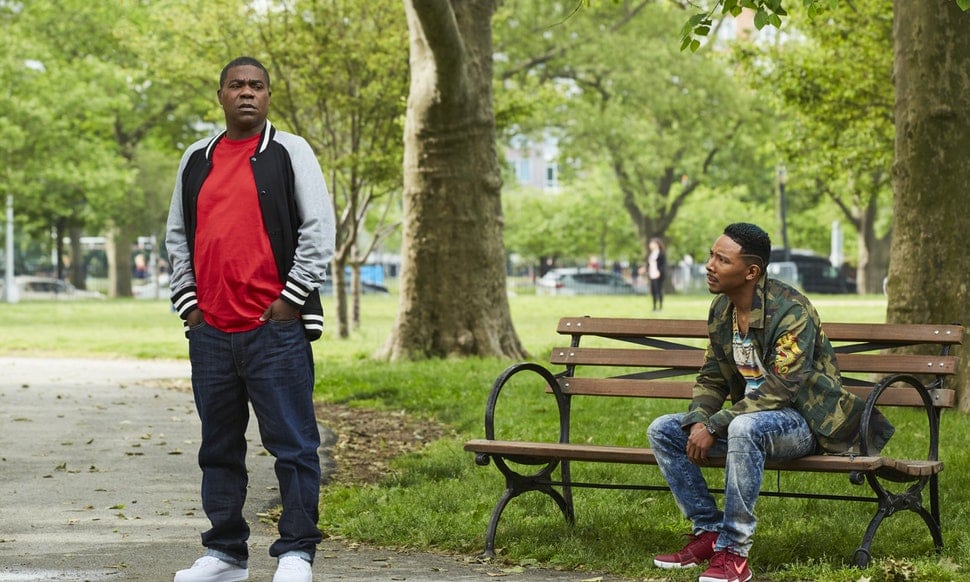 For most of us, our first cursory contact with the work of Jordan Peele was likely through Key & Peele. A collaboration with Keegan-Michael Kay, these seemingly random sketches were once the heart of Comedy Central primetime, but more importantly, now they have entered the YouTube reliquary of videos that appear to be always trending. These collections of sketches are not steeped into any trend or external catch, which makes them seem very contemporary (even though it does, as a result, feel much less biting than something out of a Tracey Ullman or a Norm Macdonald show).

The truth of the matter is that it has been years since Key & Peele reared its head – and Jordan Peele have been up to much more than sketch-based programming. He hit the jackpot when he got under the wings of Youtube Premium – the rising star of the streaming service scene, with ‘Weird City’. So far, the most critically accomplished work from Jordan Peele in recent years has to be, however, ‘The Last O.G.’, his team-up with the phenomenal Tracy Morgan on TBS.

Along with the pressure-cooker of quick-witted humour – as expected from someone of Mr Morgan’s calibre – the show also manages to strike home its central conflict of reconciling with a radically changing Brooklyn social landscape. With so many compelling reasons for it to be on any healthy TV comedy diet-chart, it was no wonder it eventually got renewed for a second season. Now the question is, will there be a The Last O.G. season 3? We will delve into that question, but first let’s quickly look into the details of the series.

The Last O.G. certainly does not make short of its star-studded cast. Absolutely brimming with gusto, the show’s highlight is certainly Tracy Morgan’s acting as the protagonist Tray Barker (Tracy also executive produced the first season) – as he exudes the most screen presence, naturally. But this does not mean he overwhelms the other characters completely.

The Last O.G. is hardly The Last One-man Show, because alongside Tracy there are such big names as Ryan Gaul and Cedric The Entertainer. Tiffany Haddish from NBC’s The Carmichael Show plays Shannon, Tray’s ex-wife, as Modern Family-starrer (also, not to forget, It’s Never Sunny in Philly) Ryan Gaul plays Shannon’s current hipster white husband, Josh. The other major part of the jigsaw is Allen Maldonado (you will recognise him from Black-ish), who embodies more of a side-kick figure next to Tray.

Miniard Mullins, a main role in season 1, seems to be relegated to a recurring character at best for the second season – so Cedric Kyle’s screen presence is somewhat bridled. The recurring cast also includes, among others, Derek Gaines as Jason Watkins, Edi Patterson as Elizabeth, and Natalie Carter as Ruth. Malik Yoba is the highlight among the lesser-known recurring actors – formerly almost typecast as a law enforcer/police agent, he breaks from it play Wavy. The show has also featured a few famous actors as guest stars in the past, e.g. Chrissy Metz as Pooh Cat.

Most of the cast are expected to return for season 3 as and when it happens.

The Last O.G. Plot: What is it about?

The Last O.G. is unlike the usual TBS show, which has a sitcom-like premise and turns out to be more of a dramedy. It’s the inverse with the show, as a matter of fact. The premise it opens with is the perfect blueprint for an easily perceptible character arc. But Peele and Carcieri instead takes it and turns it as a ground for endless comic intrigue, but yet rife with the consistent theme of change and adaptation (needless to say, it also utilises its opportunities for character development).

The premise goes something like this. Tray Barker is an ex-con who was recently let out of prison ahead of time due to his good behaviour. Tray treks to his old Brooklyn neighbourhood only to find that his familiar block has turned into a gentrified stranger, and his ex-wife has now remarried a white man, who she is raising her and Tray’s children with. Thus begins Tray’s overarching journey: to change himself for the better and become a good dad. On his path, he also has his cousin Bobby, the Sancho Panza to Tray’s Quixote.

The Last O.G. Season 3 Release Date: When will it premiere?

The Last O.G. season 2 premiered on TBS on April 2, 2019. It is also available on Netflix. With a 1.21 million viewer average since the premiere of its pilot on March 7, 2018, The Last O.G. quickly proved to be one of TBS’ greatest successes with a 0.49 rating among the 18-49 demographic. Naturally, it was renewed about a month afterwards. The second season of the show had 20 episodes and remained on air till June 4, 2019.

As per TBS, the show is a #1 sitcom for the network cable, with an audience reach of roughly 23 million so, it comes as no surprise that The Last O.G, is renewed for its third season. TBS confirmed the news on May 15, 2019, and when Morgan was reached for a statement, she said, “The Last O.G. is very meaningful to me, and I am blessed to get to work with my family for another season. We are going to go to a whole other level this year. Just wait.”

The renewal of The Last O.G. season 2 was announced by mid-April in 2018, which means there had been a year-long wait for the production to end finally. This should indicate that The Last O.G. season 3 will release around the same time as season 2, i.e. in April or May 2020. Hopefully, TBS will be quick to recognise the hype and tease the third season with a release date for it soon. Stay tuned!

While you wait for season 3, this is an excellent starting point in case you want to get a taste of the show since there is not much that can be spoiled about a series like this. You can watch the trailer for season 2 here.