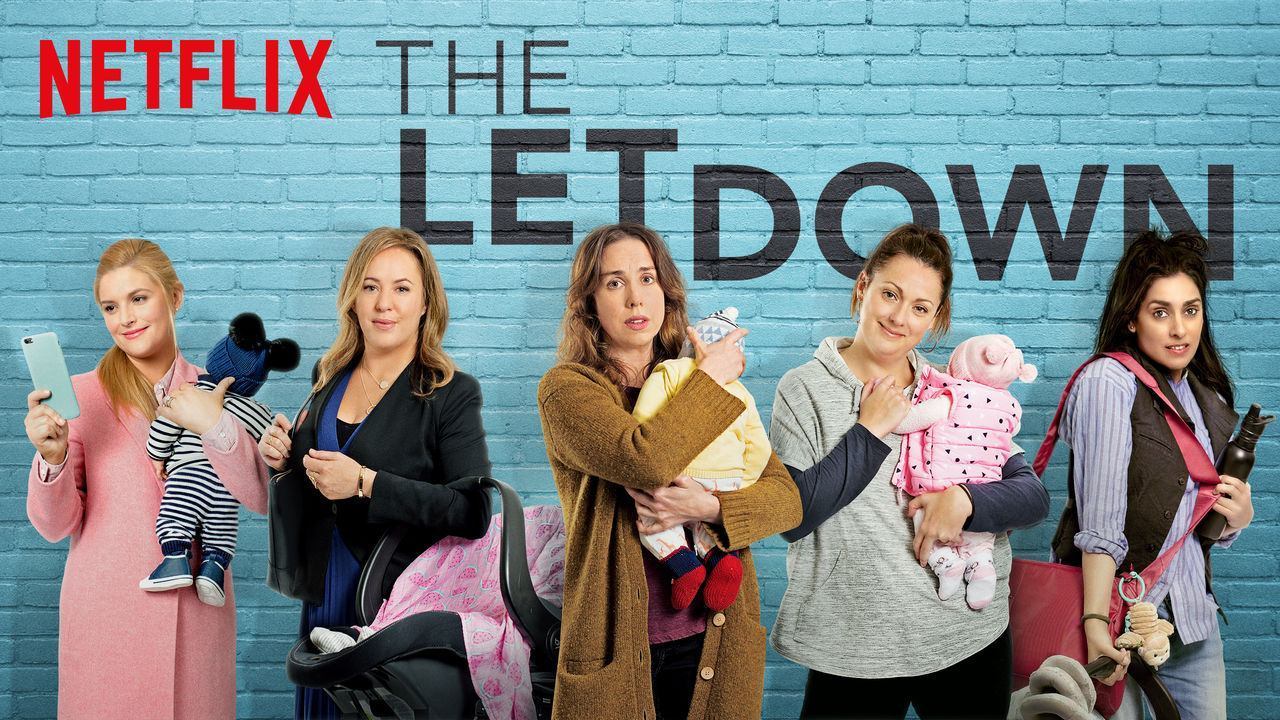 ‘The Letdown’ is a comedy series that first debuted on ABC in 2017 for the Australian audience. Netflix, which is the co-producer, soon picked up the show for its international audience, releasing it on the platform on April 21, 2018. The show revolves around a first-time mom who joins a nutcase mothers’ group and faces the turmoils of motherhood. Her recurring issues include sleeplessness, shifting relationship dynamics, problems with her mum, and her partner’s ambitious nature.

The Letdown Cast: Who is in it?

The cast of ‘The Letdown’ is led by TV personality, theater performer, and documentary film actress Alison Bell as Audrey. She is also the creator and writer of the show alongside Sarah Scheller. Joining her in other prominent roles are Duncan Fellows as Jeremy, Noni Hazlehurst as Ambrose, Sacha Horler as Ester, Lucy Durack as Sophie, Leon Ford as Ruben, Celeste Barber as Barbara, Taylor Ferguson as Jenna, Leah Vandenberg as Martha, Xana Tang as Georgia, and Sarah Peirse as Verity.

The Letdown Plot: What is it about?

The title of ‘The Letdown’ is derived from the let-down reflex in breastfeeding and also signifies elements of disappointment that often arrives post-pregnancy and delivery. And if you watch the series, you will know that both these factors play an inevitable role in Audrey’s life.

Branded as a dark comedy, this story is about the protagonist Audrey who is forced to navigate the steep, difficult path of first-time motherhood. The show depicts that being a mum is not all about sweet smiles and fuzzy cuddles. It is more of the crazy, awful moments that accompany the baby’s arrival. So when Audrey welcomes Stevie into her life, she also brings in days and nights of despair. To top it all, her ambitious husband is barely around, her mother Verity does not care to help her daughter, and her friends continue to party behind her back. In despair, she joins a new moms’ support group, that almost immediately backfires. Ultimately, Audrey realizes that raising her daughter is completely her responsibility — something which she is not at all ready for.

However, not everything is so bad. Slowly, after Audrey accepts that she needs help, she rejoins the support group. The members welcome her back even though she had scorned at them during the first meet. Gradually, Audrey’s partner also acknowledges that he does want to spend more time with his daughter.

Overall, ‘The Letdown’ adopts a new concept to the conventional genre of family dramas by showcasing the darker side of parenthood. It tries to highlight the hardships faced by a woman who has absolutely no idea of what happens in motherhood — not to mention the competition posed by other new mums. Additionally, the show delivers some awesome performances, especially from Bell, who can portray both her comedic and despairing moments perfectly.

To summarize, ‘The Letdown’ is quite similar to the Netflix Original ‘Workin Moms‘. So, if you want to witness a real take on the lows of being a new mum, this series is a must for you.

The Letdown Season 3 Release Date: When will it premiere?

‘The Letdown’ season 1 debuted on ABC on October 25, 2017, concluding with its final and sixth episode on December 6, 2017. It premiered for its international audience on Netflix on April 21, 2018. ‘The Letdown’ Season 2 premiered on May 29, 2019 on ABC in Australia and aired on Netflix on July 31, 2019 for the international audience. Both the installments comprised of six episodes of 30 minutes each.

If you watched season 1, you already know that it ends on a cliffhanger, with Audrey discovering that she is again pregnant. She is also considering moving to Adelaide with her husband Jeremy. She decides to restart her career but there are several bigger personal decisions that she needs to make. One of them is whether to go ahead with the pregnancy which might endanger her life. In season 2, we see Audrey contemplating the future of her marriage with Jeremy since the relationship is under too much strain with the latter having to stay away most of the time. Stevie is now one-year-old and officially a toddler.

As far as the next season goes, we know that there is enough in the story to keep going. Though, niether Netflix nor ABC has made any official announcements yet. However, we do expect the show to get renewed and ‘The Letdown’ season 3 to premiere sometime in May 2020. We shall update this section with more concrete news as and when we learn more.

While we wait for the announcement on the next season, check out the trailer of ‘The Letdown’ season 2 below. If you have not watched the show yet, you can head to Netflix to catch up on all the previous episodes.