Where to Stream ‘The Lion King’? 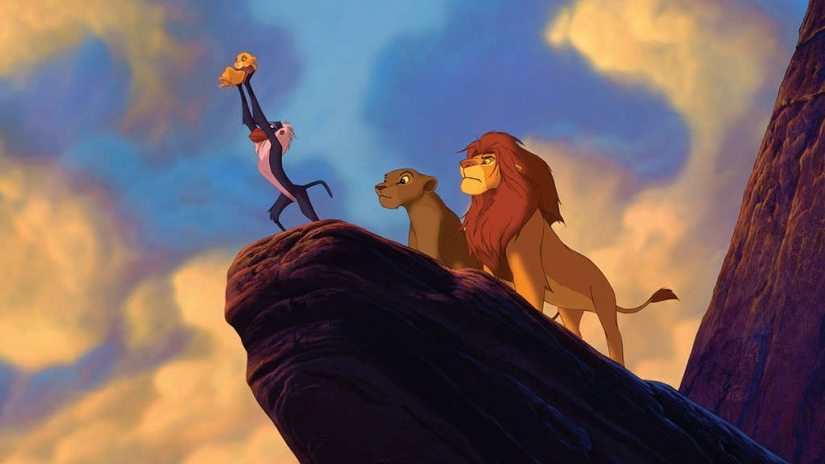 ‘The Lion King’ was the first movie I ever watched, and it had a very profound impact on me as a kid. The film came out in 1994 and still remains one of the most commercially and critically successful films by Disney. The story is almost Shakespearean, in fact, having similarities to Hamlet: the murderous uncle getting rid of the gentle king, while the young prince goes on a sort of exile and returns to face the treachery of the act.

Obviously, there are certain differences from ‘Hamlet’, since the target audience for ‘The Lion King’ might not have appreciated the darkness in one of Shakespeare’s finest works. However, ‘The Lion King’ does not shy away from emotions, from the grandiose nature of being king to the loss of one’s father and subsequent innocence. There is jealousy, love, fear, friendship, – ‘The Lion King’ encompasses them all. To top it off, it gave us the catchphrase ‘Hakuna Matata’, meaning no worries.

With a remake of ‘The Lion King’ by Jon Favreau on the way, this is the perfect time to acquaint yourself with or refresh your memory about the film that has been considered to be of cultural, aesthetic, and historical significance. However, before we tell you where you can watch ‘The Lion King’, let us quickly take you through the story.

What is The Lion King About?

‘The Lion King’ is, as the wise king Mufasa describes, a story about the circle of life. We are introduced to the lion and lioness Mufasa and Sarabi, the rulers who rule over the animal kingdom from Pride Rock. Their son Simba (meaning lion in Swahili) is born and is introduced to all the animals by Rafiki, the baboon, who is the kingdom’s shaman and Mufasa’s advisor. Simba is betrothed to Nala, and although all seem well, evil lurks within the very pride of lions.

Mufasa’s younger brother, and Simba’s uncle, Scar, covets the throne, and he plans to kill both father and son to get his wish. He tries to do this by enlisting the help of three hyenas. Although unsuccessful in the first attempt, he finally manages to create a situation where the wildebeest stampede will be sure to kill Simba. Mufasa saves his son, but dies in the process, because Scar allows him to fall to his death. He then convinces Simba that Mufasa’s death was Simba’s fault and the disgraced prince should exile himself.

Thus begins Scar’s evil reign with the hyenas being allowed into the Pride Lands. With this reign comes drought, and all animals are unhappy. Simba is blissfully unaware of this, having been rescued by Timon and Pumbaa, a meerkat and a warthog, who are fellow outcasts themselves. However, he meets Nala by chance again, and they fall in love. But the young prince is still not ready to step into his father’s shoes. He is ultimately convinced by Rafiki, and his father’s spirit, which is similar to the ghost in ‘Hamlet’.

Finally, he confronts Scar and in the ensuing battle, Scar meets the same end as Mufasa, being tossed off a cliff, the Pride Rock in this case. Although he survives the fall, the hyenas hear his plans to betray them before, and they attack and kill him. Peace returns to the lands and Simba and Nala have a cub who is again introduced by Rafiki, bringing the circle of life, and the story to a fitting conclusion.

Now, we get to the part as to where you can watch ‘The Lion King’.

Is The Lion King On Netflix?

Netflix has one of the finest libraries of films and television shows, so one would expect the premium content provider to have a significant film like ‘The Lion King’. While it turns out that Netflix does have the film, it is not available in the US region, unfortunately. However, don’t let that be a deterrent to your plans to Netflix and chill. You can instead check out ‘Hercules‘ if you want to see a story of valor and strength that ‘The Lion King’ emanates. If you were planning to watch it for the animals, then try ‘Tarzan‘, and if honor and duty were the qualities that drew you to ‘The Lion King’, then Netflix has that covered as well with ‘Mulan‘.

Is The Lion King On Hulu?

Hulu has a quickly growing library but it does not include ‘The Lion King’ yet, unfortunately. However, the streaming service does have a host of animated films which will fill the void in your heart. Try out ‘The Swan Princess‘ if you are in the mood for something Disney-like, or ‘Shrek‘ if you want an adventure with dollops of fun. You can also check out ‘The Prince of Egypt‘, which tells the tale of Moses.

Is The Lion King On Amazon Prime?

Next to Netflix, Amazon Prime has one of the finest libraries when it comes to films and television shows. Unfortunately, this streaming platform, too, does not have ‘The Lion King’ available to subscribers. However, Prime subscribers can purchase and watch the movie for as much as $8.99 on Amazon Prime, and we would definitely recommend that you shell out the money. You can watch ‘The Lion King’, here.

Is The Lion King On Disney+?

‘Lion King’ is a Disney original production and is probably the most culturally significant film produced by the company. Thus, it goes without saying that the film will be available on Disney+. If you have a subscription to the streaming platform, you can check out this iconic film right away.

Where Can I Stream The Lion King Online?

I bet you are thinking about how you can stream ‘The Lion King’ online since the major streaming platforms do not seem to have the movie. Well, we have the perfect solution for you. You can opt for YouTube, Vudu or FandangoNow, to buy and stream the movie. They are all similarly priced, insofar as the SD versions cost $14.99 while the HD versions come at $19.99. Considering that Amazon Prime has it at a much lower rate, we suggest you avoid these sites altogether, but if you must use these sites, opt for the SD version, since it is a pretty old movie and the HD version will not make much of a difference.

Is The Lion King Out On DVD and BluRay?

Yes, ‘The Lion King’ is available on DVD and BluRay, and you can buy the same from Amazon right away.

Can I Watch The Lion King Online For Free?

Normally, we have better news for the freeloaders, as there is usually some sort of hack to watch the movie for free. However, Disney is notoriously protective of their content, and ‘The Lion King’ is tantamount to one of their crown jewels. So, pay for the art you consume, especially, when it is something worthwhile like ‘The Lion King’.