When Will The Little Couple Season 15 Premiere on TLC? 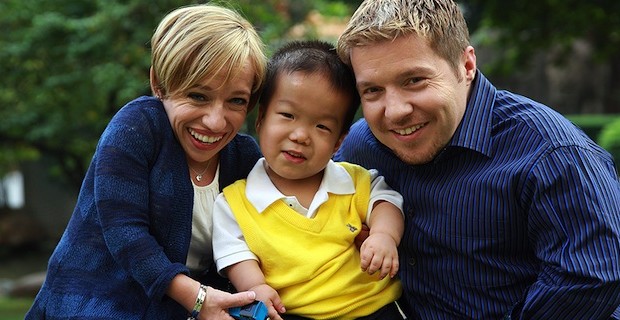 ‘The Little Couple’ is an American reality television series that premiered on May 26, 2009, on TLC network. This non-fictional series centers around the life of a married couple, Bill Klein, a successful medical supplier, and a telemarketing businessman and a neonatologist, Dr. Jen Arnold who works at Texas Children’s Hospital. Together they adopt two children, a girl from India (Zoey Nidhi Klein) and a boy from China (William Rijin Klein). They both have skeletal dysplasia. Arnold is 3’2″ and Klein’s 4 feet tall.

You might think this is an ordinary family, right? But nothing is ordinary about their lives as they struggle to survive in this stereotypical world. This series resumes from where the special ‘Little People: Just Married’ left off. These small guys have climbed aboard on the ship of life, and they not only face the world but also do the unthinkable by moving to Houston, Texas from New York and build a new home. Before moving, Jen had finished her masters of medical education as well as a pediatric residency at the University of Pittsburgh Medical Center.

The show has had 14 successful seasons so far. Now the question is, will there be a ‘The Little Couple’ season 15? We will delve into that question, but first let’s quickly look into the details of the series.

The Little Couple Cast: Who is in it?

Bill Klein is a successful medical supplier and a pro at telemarketing business. Dr. Jen Arnold works as a neonatologist. After moving to Texas, she started working as a teacher at Texas Children’s Hospital. Zoey Nidhi Klein is the adopted daughter of Bill and Jen. She was adopted from India. William Rijin Klein is the adopted son of the couple. He was moved from China. The above-mentioned people form the main cast of the series. As series regulars, they have consistently been appearing in the various seasons of ‘The Little Couple’.

The Little Couple Plot: What is it about?

In the 13th season, Jen and Bill travel to Florida to find a new home after Jen gets a new job offer as a medical director in the Johns Hopkins All Children’s Hospital. Toward the end of the season, the family decides to go on a vacation. Jen’s parents, the Klein family as well as aunt Barbara travel to the Florida coast to meet Jen’s great-uncle, Ray. The family goes fishing, rescues turtles and celebrates uncle Ray’s 87th birthday. Again, the family has to leave the city when Hurricane Irma moves towards Florida. After a few days, the family returns to check the damage the hurricane has caused to their new home. However, barring a few scratches, everything is intact and after some last-minute touches, their abode is completely ready. As promised, Jen and Bill head to the pet store to get new pets for their kids.

The Kleins next travel to China with all of the six grandparents. Will learns about his origins in his native hometown and partakes in a Confucius school where he and his family get to enjoy a traditional Chinese meal. The whole clan also takes a trip to the Forbidden City and gather some tips on Chinese cooking. Then, they reach the summit of the Great Wall and think how life would have fared without will.

Season 14 begins with an announcement of Jen having to go through a surgery, which turns out to be successful. She gradually recovers and the family returns to the daily grind of going about with their activities. Bill and Will get ready for a Derby contest, an event that proves to be a great option for the father-son duo to spend some quality time with each other. Since Jen is still not fit enough to participate, she and Zoey take off to the spa.

Next, the household starts preparing for Willapalooza as Will approaches his 9th birthday. There is also his Gotcha Day, the date that marks his adoption anniversary. The family then goes to attend the Grand Prix races and makes Will’s 9th memorable by embarking on a pirate ship trip. Yet another upcoming birthday is that of Jen, with Bill teaming up with the kids to plan for the perfect surprise. The crew decides to create unique handmade presents. Meanwhile, Jen and her parents visit her childhood home and relive old, precious memories.

In another episode, Zoey plans to participate in a Bollywood dance recital but unluckily, an injury threatens to halt her performance. Bill plans some surprises for his and Jen’s 11-year anniversary. Meanwhile, Zoey and her friend have that much-awaited mermaid encounter. Bill and Jen throw a huge summer party but worry that their plan might go for a toss when Florida’s unexpected climate acts as the ultimate spoilsport.

Season 15, as and when it happens, is expected to pick up the threads from the last-aired episode and bring you more heartwarming moments from this extraordinary family!

The Little Couple Season 15 Release Date: When will it premiere?

TLC has not come up with an announcement for a season 15 yet. But considering the steady ratings of the series, we are almost sure that it would be renewed soon enough. And if that happens, we can expect ‘The Little Couple’ season 15 to release sometime in August 2020.

While we wait for an update on ‘The Little Couple’ season 15 release date, check out the trailer for season 14 here. Additionally, if you have not watched the series yet, head to TLC to catch up on all the previous episodes.