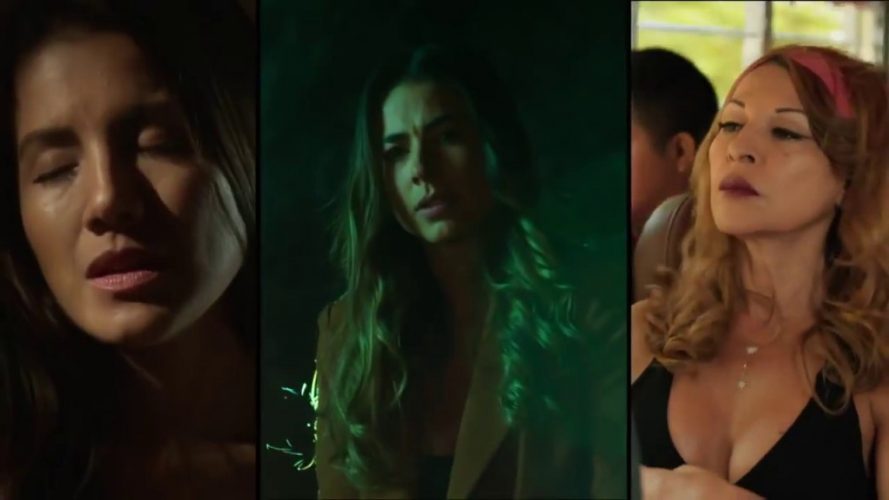 Netflix has already gone beyond the standard sources of entertainment, and headed to other countries, in search of new content. The premier streaming service is, of course, forced to do this due to the increasing competition from existing platforms like Amazon Prime and Hulu and upcoming ones like Disney+. It is up to Netflix to figure out a way to keep attracting new viewers while holding on to their existing base of consumers. A surefire way of going about this is by increasing content in genres that are popular across varied age groups among their audience base. If there is one genre that always piques viewer interest, it is crime. We are intrigued by the criminals who appear to be larger than life, who refuse to play by the rules and most importantly, who show us that crime does pay.

In today’s world, some of the biggest and most fascinating criminals are drug traffickers, and we have begun to enjoy their exploits ever since Netflix gave us a glimpse at the king of narco-traffickers, Pablo Escobar, in their acclaimed series ‘Narcos‘. Drug traffickers have everything, the hottest women, the fastest cars, the biggest houses. They seem to lead a charmed life for the most part. However, what is it like to be a woman in such a world? This is the question that Netflix’s upcoming show ‘The Mafia Dolls’ or ‘Las Munecas de la Mafia’ explores.

The Mafia Dolls Cast: Who is in it?

‘The Mafia Dolls’ features a cast that is predominantly South American, be it Colombian or Venezuelan. Season 1 had Amparo Grisales play the role of Lucrecia, a refined woman, who is shrewd and calculative. She exploits her position as a woman within the cartel hierarchy and ultimately ends up marrying her ex-husband’s rival. However, when he is captured, she is forced to flee to Uruguay and Panama to write a book on her memoirs. Another notable cast member from Season 1 was Andrea Gomez who played the role of Pamela Rojas. Rojas starts out refined but is soon forced into a series of relationships with various members of the cartel. She is made to live the life they offer her. Ultimately she flees to the US and lives as a maid there, but back home folks believe she is living the American dream. While these characters seem to have at least made it alive out of that lifestyle, some of their friends from Season 1 were not so lucky. Renata Gomez, played by Yuly Ferreira and Violeta Manrique played by Alejandra Sandoval were not so lucky in Season 1. Renata was always the fool of the group and was raped several times and threatened to be a drug mule, dying when the drugs she was carrying in her stomach, burst. Violeta was always an ambitious woman whose dalliances ultimately resulted in her death at the hands of the cartel.

In Season 2, Amparo Grisales and Andrea Gomez reprise their roles from Season 1. Other characters include Brenda, whose past relationship with a drug lord puts her current family in danger, Martha, whose decision to be the lawyer to a drug lord jeopardizes her. Katherine Escobar returns to play Olivia, from Season 1. Here, she is be driven back to a life of crime after getting released from prison. Janeth is also introduced as an actress in Season 2, who regrets the relationship she enters with a drug lord.

The Mafia Dolls Plot: What is it about?

‘The Mafia Dolls’ was a telenovela that first aired on the Colombian Caracol Television on September 28, 2009. The show was from the era of narco shows and takes a crude but attractive and commercially popular route into the exploration of the lives of the women who are involved with drug traffickers and cartel members. The show is based on the book ‘Las fantasticas’ which was written by the same people who have created the show, namely Juan Camilo Ferrand and Andrés López.

Season 1 started by exploring the friendship and bond between five young women – Brenda, Renata, Olivia, Violeta, and Pamela. They live in ‘El Carmen’ a fictional town. As the series progresses, we see these women get more and more embroiled with the drug cartel in the town, and especially the boss Braulio Bermudez. Bermudez is the capo who operates out of the town of El Carmen. The situations soon become inextricable and the stories of these women all end on sad notes. The story is exciting and drives the point home that the easy life is never a good choice. Although things might start out rosy at first, it can go sideways at any moment.

Season 2 follows the lives of the characters as they struggle to leave their tainted past behind. Picking up eight years after the events of Season 1 of ‘The Mafia Dolls’ see the characters struggling to survive in a society that has decided to condemn them for their previous ties to the mafia. Season 2 is steamy, and explosive as the women begin to work their own angle in a world where sex and power go hand in hand. The entire show has a unifying theme of how women are demeaned in the male-dominated sphere of drug trafficking, they are reduced to objects and Season 1 critically portrayed how cartel members could essentially treat their women in whatever way they pleased, even branding them like cattle, without the fear of any consequences.

The Mafia Dolls Season 3 Release Date: When will it premiere?

‘The Mafia Dolls’ Season 1 span for a long time and had 58 episodes. Season 2 premiered on Netflix on March 15, 2019 and has 60 episodes. As far as Season 3 goes, we don’t have any update on that. Though, going by the fact that the show is extremely long and requires a lot of production time, even if the show gets renewed for Season 3, it would release sometime in 2021.

You can check out the trailer for ‘The Mafia Dolls’ Season 2, below.