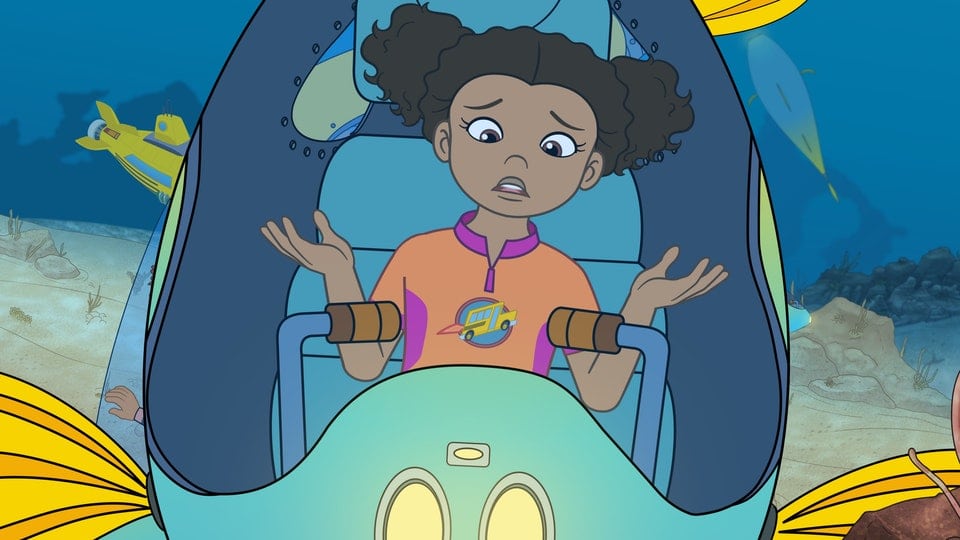 ‘The Magic School Bus Rides Again’ is a Canadian-American animated children’s adventure show that airs on Netflix. The show premiered on September 29, 2017, and is a based on the book series of the same name, by Bruce Degen and Joanna Cole. The series is also a continuation of the PBS Kids series ‘The Magic School Bus’ that ran from 1994 to 1997.

Netflix’s decision to revive the show springs from the fact that it was immensely popular among children when it first launched. Having established goodwill made it easier for Netflix to draw more viewers to the series that also enriched Netflix’s library in the children’s animation section. Considering that the show has garnered positive response leads us to believe that the reboot has been rather successful in pushing ‘The Magic School Bus Rides Again’ into the public eye.

When it comes to children’s animation, Netflix’s stock of cinemas is extremely rich, including the likes of ‘Despicable Me’, ‘Moana’, ‘Madagascar’ and ‘Brave’ to only name a few. It is refreshing, therefore, to see the streaming giants expand their library when it comes to animated shows targeted at children since it is the best way to attract new viewers to their platform.

The Magic School Bus Rides Again Cast: Who is in it?

Lily Tomlin is the only actor who reprised her voice role as Professor Valerie Felicity Frizzle from the 1994 PBS Kids series ‘The Magic School Bus’. Ths star attraction in the voice cast is undoubtedly Kate McKinnon. She is best known for her roles on ‘Saturday Night Live’ and has also starred in major Hollywood releases like ‘Ghostbusters’. On the show, McKinnon voices Miss Fiona Felicity Frizzle. Since these are the main stars of ‘The Magic School Bus Rides Again’, the chances are they will return in the upcoming season as well, which might also see the cast bolstered in the form of guest characters or new cast members as they all embark on fresh and exciting adventures.

The Magic School Bus Rides Again Plot: What is it about?

The plot of ‘The Magic School Bus Rides Again’ follows the events to the original series that aired in 1994. We see Valerie Frizzle, voiced by the original show’s star Lily Tomlin, has retired from teaching and has passed the keys of the Magic School Bus over to her younger sister, Fiona Frizzle, voiced by McKinnon, to embark on new adventures with her class. As they journey on their exciting new field-trips, they discover new locations, creatures, time periods and more to learn about the wonders of science, educating young viewers along the way. The inventive high-tech bus is the best way to introduce the children to a world of science through adventures they will never forget.

What is most striking about ‘The Magic School Bus Rides Again’ is how well McKinnon has slipped into the role of the eccentric science loving school teacher. Of course, this could be expected of her seeing as she has played kooky characters all through her career. The show can effortlessly reach out to kids and make science fun for them. However, it has also seen some detractors, which is understandable since it is a continuation of ‘The Magic School Bus’ which was a staple among kids in the 90s. These kids are now grown up and seeing their childhood show with changes is a jarring experience for them. However, it seems to have been received positively overall, and there are not many shows out there that can boast of having effortlessly combined fun and education.

In ‘The Magic School Bus Rides Again’ we have a show that children can safely enjoy and learn from. Parents nowadays often believe that shows and other such sources of entertainment are a waste of their kids’ times. While I cannot completely support this thought process, having grown up on a healthy dosage of entertainment myself, there is no denying that the parents have a point here. However, with a show like ‘The Magic School Bus Rides Again‘, they have nothing to worry about since the kids are always learning something. The new show on Netflix has brought in a couple of smart changes that make the overall viewing experience better. For starters, Miss Frizzle answers the questions at the end of the episodes now, since she is more relatable and the kids take a liking to her over the course of the episode. We also see how the next episode will be set up in the post-credit scenes of the previous episode which helps in building a greater continuity over a particular season of the series than it did in the original show.

In the upcoming season, we hope ‘The Magic School Bus Rides Again’ keeps its magical formula the same. One can never get enough of McKinnon’s portrayal as Frizzle and the effortless way she gets the children on the show and by extension those watching it, to laugh and learn together in what has to be one of Netflix’s finest achievements that can balance education and entertainment.

The Magic School Bus Rides Again Season 3 Release Date: When does it premiere?

‘The Magic School Bus Rides Again’ Season 2 aired on April 13, 2018. While there is no official release date for Season 3 of the show, that does not mean it is not around the corner. For Season 2, Netflix made the announcement in March 2018, before airing the season in April. Even if we do not hear an announcement soon, it would be safe to assume that a new season of ‘The Magic School Bus Rides Again’ will release on Netflix later in 2019, or early in 2020. Up until now, Season 1 has had a release date in September, while Season 2 aired in April. There’s no reason to believe that Season 3 would not come out in either of these two months if Netflix does decide to release it in 2019 itself.

‘The Magic School Bus Rides Again’ Season 3 does not have a trailer yet. However, you can check out the trailer for Season 2 to get a better idea of what the upcoming season might hold in store.