Will There be a The Man in the High Castle Season 5? 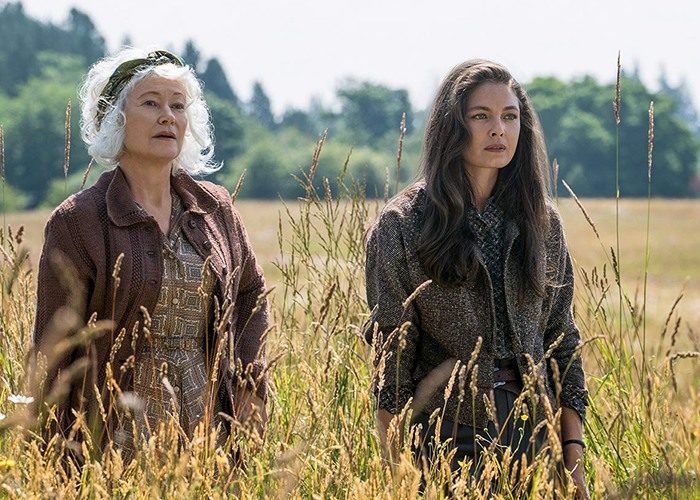 ‘The Man in the High Castle’ is a science fiction drama that is based on the theme of alternate history where the Axis Powers win the Second World War. Created by Frank Spotnitz, it is based on the eponymous novel penned by Philip K. Dick.

The events take place in a parallel universe, where the Nazi and Japanese armies gain control over the US, with the Greater Nazi Reich toward the east and the Japanese Pacific States in the west. The only line of demarcation between the two territories is the Rocky Mountain Range. Set in the early 1960s, the story follows its key characters and their reactions when they view footage depicting that Japan and Germany had actually lost the war.

‘The Man in the High Castle’ originally premiered on Amazon Prime in January 2015, following which it was renewed for three additional seasons. The fourth season released in November 2019 and it continues to stress on the fact that the Nazis are the perennial villains. The evil of fascism not only threatens to engulf the alternate world but also the multiverse.

In season 3, we follow the characters as they discover that there are several alternate dimensions and see how their inhabitants can freely cross different worlds. Each of these communities has its own history and a distinct consequence after the culmination of WWII. The third season also showcases the death of several important characters.

In season 4, one of the central story arcs is obviously the fates of Juliana Crane and John Smith. Then there in an increased focus on the resistance movement because of the Nazis, who are not content with their rule over one dimension and want to gain control of the entire multiverse. Dr. Mengele is working hard on the plane-hopping tunnel that would make it pretty easy for Wehrmacht to enter and gain control over other dimensions. The American resistance also needs to defeat the Third Reich and Imperial Japan. There is also a new chapter on the Black Communist Rebellion, another movement that is centered around protecting the rights of African-Americans in the US, under the Axis regime. This group is not dedicated to re-instate the pre-war society where blacks were treated as second-class citizens and subjected to racism.

The Man in the High Castle Season 5 Release Date: Cancelled or Renewed?

‘The Man in the High Castle’ season 4 premiered on Amazon Prime in all its entirety on November 15, 2019. Now, as far as a fifth season goes, you should know that it was already officially announced in February 2019 that the fourth is the last installment of the critically acclaimed dystopian series.

Executive Producer Dick Hackett announced the cancellation, saying, “It has been a great privilege to work alongside our extraordinary High Castle team, in partnership with David Zucker and Scott Free, to bring my father’s classic novel to life, particularly during this tumultuous period in our real world. I believe fans will be thrilled and satisfied by the epic conclusion we have in store for them.”

In fact, the creators had planned the end of the show since the third season, which was evident with the culling of several notable cast members. The story had already been stretched far beyond its source material and it was high time that the makers closed off all the hanging threads in a streamlined, definitive conclusion. The journey toward the climax starts from the first episode itself in the fourth season and we must say, it does end in a fascinating finale. So, if you are a long-time fan of the show, we bet, you are satisfied.

So, yes, officially and for all practical purposes, ‘The Man in the High Castle’ season 5 stands cancelled.

The Man in the High Castle Cast: Who is in it?

The Man in the High Castle Trailer:

You can watch the official trailer for ‘The Man in the High Castle’ Season 4 below:

Read More: Where Was The Man in High Castle Filmed?