The Mandalorian Season 1 Episode 8: What to Expect? 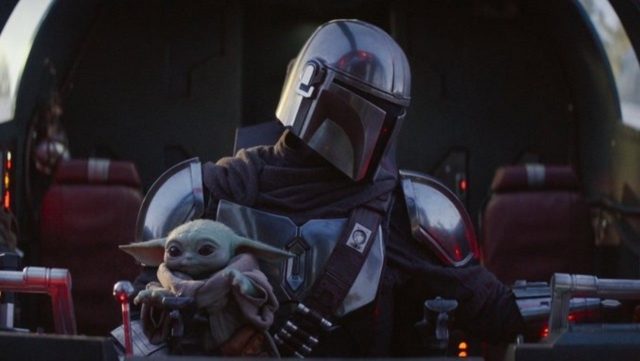 ‘The Mandalorian‘ is finally headed towards the finale in the upcoming episode. Ever since the break from the pattern in the third episode, the threat of the Empire catching up to Mando and Baby Yoda has been looming over the duo. Their adventures in between have been marked by this unease that they might come under attack at any moment. Episode 7, titled ‘The Reckoning’ is apt because the hammer comes down.

Now, the latest episode has already dropped, so if you are here, we expect that you’ve seen it. Therefore, the section ahead is going to have spoilers about what happens. Episode 7 of Season 1 ends on a cliffhanger, as you know, therefore you must be dying to know what might happen in Episode 8, the season finale. We have got you covered in that regard.

No punches are being held back for the season finale as Taika Waititi of ‘Jojo Rabbit‘ fame helms the episode, which has been written by Jon Favreau. We already know that the finale is bound to be action-packed. Episode 7 ended with Kuill being shot down as Baby Yoda is taken by stormtroopers. Mando and Cara are in a tough spot themselves as Moff Gideon has surrounded the duo with a team of stormtroopers. Undoubtedly, there will be a firefight as the good guys attempt to make their escape and save the day. However, the way they are pinned down, it is more than likely that some casualties will take place in the final episode.

While Kuill is the one who has been shot, the chances are that Cara might end up biting the bullet finally. She seems to be on a path of redemption, and ‘The Mandalorian’ won’t hesitate to use the emotional impact of Cara’s death to make the finale more memorable. Although Mando is in the same tough spot as Cara, it seems likely that the titular character of the show will live, for now, not as much because of his Beskar steel armor, but more because of his plot armor! That being said, there could be a few surprise entries who would end up saving the day. Mando might not like droids, but the reprogrammed IG-11, voiced by Waititi and eliminated in the first episode, may just make a comeback and save those in trouble. This might even be the start of a grudging relationship of trust that Mando develops towards droids.

There is also a good chance that members of the guild will step up to save one of their own. It is true they have been hunting Mando, but now they know the value of Baby Yoda and why Mando broke his oath to save the baby, they might decide to swoop in for some last moment rescue. At the same time, we cannot forget the fellow Mandalorians who showed up at a crucial time to help Mando once. We have already seen the bond of solidarity among the Mandalorians, who willingly sacrificed their home to save one of their fellow warriors. They just might be willing to do the same again, in which case, the upcoming episode will see some intense firefights.

No matter, which way we slice it, Episode 8 will not hold back on the action. One thing is for certain, Baby Yoda must be saved at any cost. We will see just how heavy a price the heroes have to pay, in order to thwart the evil plans of the Empire. The finale is bound to be a nail-biter.