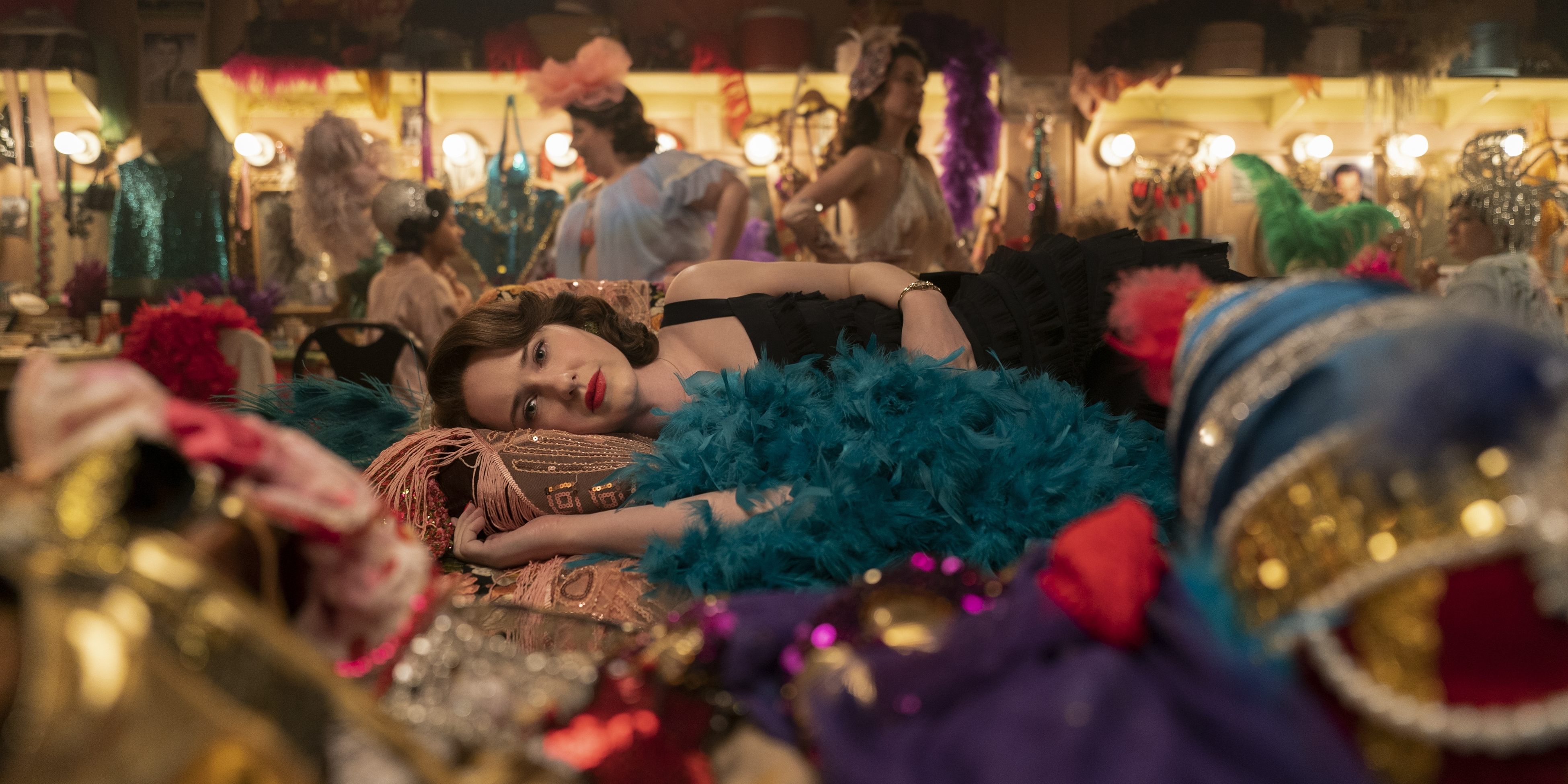 The third season of Amy Sherman-Palladino’s ‘The Marvelous Mrs. Maisel’ ends on a rather tumultuous note for our Jewish American housewife turned stand-up comedian Miriam “Midge” Maisel. Since its inception in 2017, Midge has seen a lot of ups and downs in her journey, from discovering her interest in stand-up comedy to finally pursuing a career in it. However, in the final moments of season 3, Midge finds herself surrounded by the chaos created by an unintentional reckless move that results in Shy Baldwin firing her from the tour.

Over three successful seasons, the comedy-drama series has garnered a dedicated fanbase along with several Emmy Awards. After more than a 2-year hiatus following the conclusion of season 3, fans must be curious to know what the fourth season holds for Midge. Well, we are here to fuel your excitement by appeasing a bit of your curiosity with all that we have found!

‘The Marvelous Mrs. Maisel’ season 4 episode 1 is set to be released on February 18, 2022, along with the second episode. Just like the previous seasons, season 4 of the comedy-drama will have a total of eight episodes. Instead of dropping all the episodes at once, the fourth season is scheduled to be stretched for four weeks — with two hour-long episodes dropping every Friday — concluding on March 11, 2022.

Where to Stream The Marvelous Mrs. Maisel Season 4 Episode 1 Online?

Episode 1 of season 4, titled ‘Rumble on the Wonder Wheel,’ will pick up right from the finale of season 3. Set in 1960, the fourth season will be packed with a lot of changes in the dynamics of the beloved characters. The creator, Amy, hinted that it will focus on the aftermath of Midge’s major career setback. In 2020, she told The Hollywood Reporter, “We may be doing a little jump within the season, but when we first start up we want to [stay in that time]. I mean, what’s the fun of totally destroying someone’s soul and heart and not getting to see the aftermath? That’s what comedy’s made of, soul-crushing defeat.”

Even Caroline Aaron, the actress that plays Shirley Maisel in the series, shed some light on the upcoming season. She hinted in an interview that this might turn out to be one of the most challenging seasons for the Maisels. After all, it is never easy to adjust to changing times. In season 4, we might get to witness a serious falling out between Midge and Susie. This might be the season when Midge finally decides to push Susie away due to the latter gambling problems and mishandling of Midge’s money.

As for Joel, Midge’s ex-husband, he is likely to get on Midge’s nerves for continuing to handle her money without her knowledge. Since they are still technically married, this issue could lead them to pursue the divorce route again. Now, if you want to speculate some theories for yourself, you can check out the trailer!

The fourth season will feature the main cast members Rachel Brosnahan as Miriam “Midge” Maisel, Marin Hinkle as Rose Weissman, Tony Shalhoub as Abe Weissman, Caroline Aaron as Shirley Maisel, Kevin Pollak as Moishe Maisel, Michael Zegan as Joel Maisel, and Alex Borstein as Susie Myerson. Apart from the regular cast members, ‘This Is Us’ star Milo Ventimiglia is set to guest star as Midge’s potential love interest. Furthermore, Allison Guinn (‘On the Town’) and Emmy-nominated Jackie Hoffman (‘The Politician’) are set to have recurring roles in the fourth season.

Read more: Is The Marvelous Mrs. Maisel Based on a True Story?