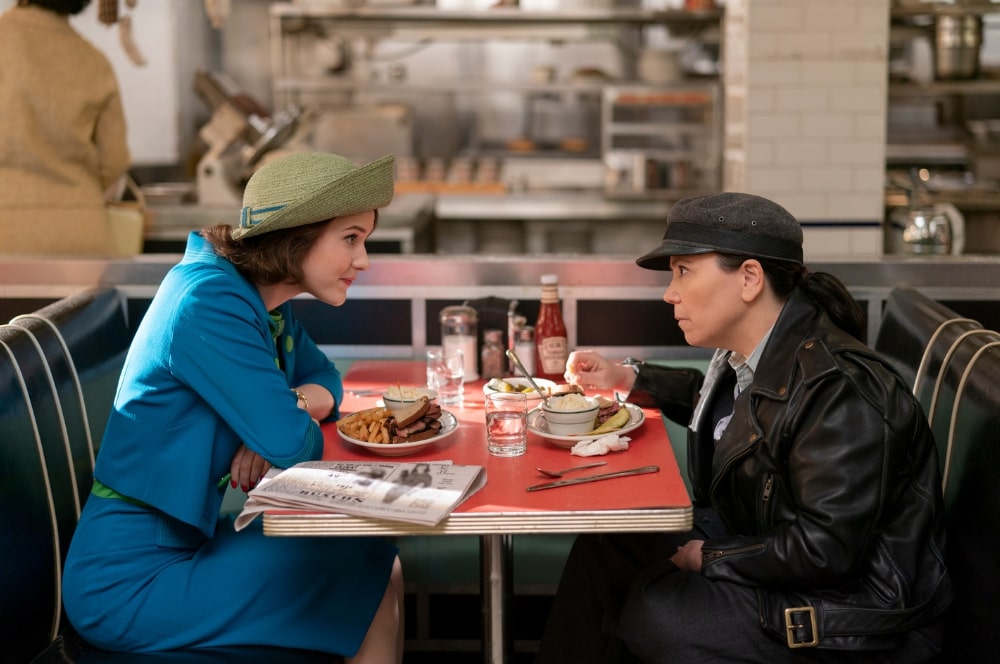 Created by Amy Sherman-Palladino (‘Gilmore Girls’), ‘The Marvelous Mrs. Maisel’ is a period comedy-drama series. Set in New York of the late 1950s and early 1960s, the story revolves around Miriam “Midge” Maisel, a housewife who discovers that she has a penchant for comedy after her husband leaves her for his secretary. She finds her manager in Susie Myerson, an employee at The Gaslight Café, where Midge delivers her first impromptu performance. In the course of the next four seasons, Midge and Susie fight an uphill battle to establish themselves in the entertainment scene of America, facing misogyny, heckling audience members, and disappointing outings along the way.

Since its premiere on March 17, 2017, ‘The Marvelous Mrs. Maisel’ has garnered mostly positive reviews and multiple Emmys. It has received praises from critics and fans alike for the performances, storylines, characterizations, and dialogues. Season 4 has recently finished airing. If you are wondering whether there will be a season 5, we got you covered.

‘The Marvelous Mrs. Maisel’ season 4 premiered on February 17, 2022, on Amazon Prime Video and aired eight episodes before concluding on March 11, 2022, with two episodes airing every week. As for season 5, this is what you need to know.

Season 5, and step on it. 🚕 We’re excited to announce #MrsMaisel will be back for a fifth and final season! pic.twitter.com/tuExYDWwMN

“The dozens of awards cement Maisel’s legacy in many ways, but what’s even more enduring and poignant are the characters Amy created and the joyous, brilliant, singular world she and Dan brought to life,” Salke added. “This series has meant so much to Prime Video and the effects of its success will be felt long after its final season. I can’t wait for fans and our worldwide Prime Video audience to savor each moment as we embark on the culmination of this groundbreaking and unforgettable series.”

The intermediate period between the releases of the third and fourth seasons was over two years, but a big reason for that was the COVID-19 pandemic. With most of the American population being vaccinated, that should be less of a problem during the production for season 5, which has already begun in New York City. Considering all this, we can speculate that ‘The Marvelous Mrs. Maisel’ season 5 will probably come out sometime in 2023.

The Marvelous Mrs. Maisel Season 5 Cast: Who Can Be in It?

The Marvelous Mrs. Maisel Season 5 Plot: What Can It Be About?

In the season 4 finale, Moishe tells Joel that his heart attack wasn’t caused by the latter’s revelation about Mei and asks him to ensure that Mei converts to Judaism before Shirley is told about their circumstances. Rose decides to defy the matchmaking mafia. Lenny helps Midge see that the most important thing for a comic is to get their audience to think and laugh. The season ends with Midge staring at a sign for The Gordon Ford Show.

In the fifth and final season, we finally might see Midge finding her way to success. She will probably appear on The Gordon Ford Show, reigniting her feud with Sophie. Joel and Mei might have a feud of their own to handle between their respective families.

Read More: Will Midge and Joel End Up Together in The Marvelous Mrs. Maisel Season 4? Theories