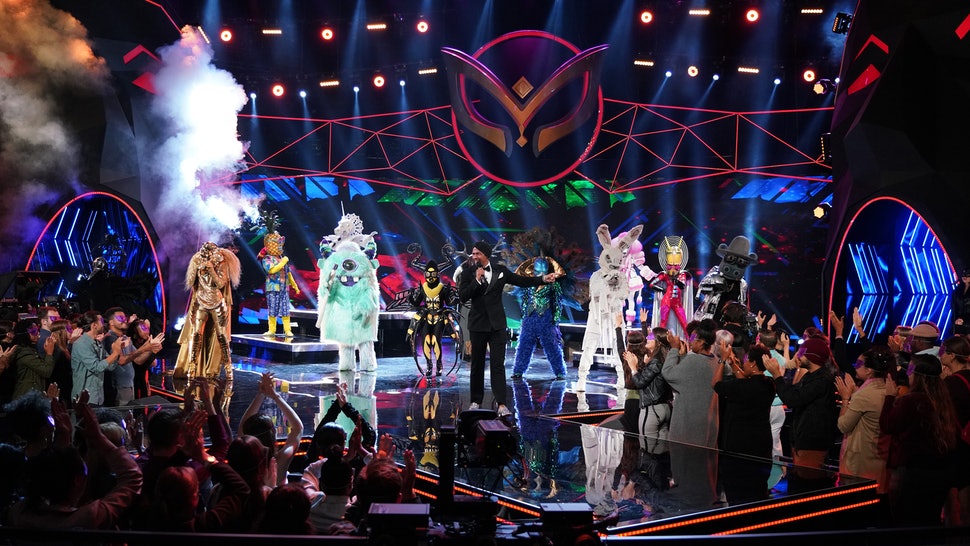 The reality TV format of programming is arguably the most popular format of this decade. From the earliest days of straightforward singing or dancing competitions, through dating shows, to the myriad forms the genre has taken on, today, reality TV has gone through many stages and evolutions. The Masked Singer is one of the most recent examples of the charm and attraction of this format of television which might help to explain its mass appeal for viewers.

Based on the Korean guessing-format talent show The King of Mask Singer, its US iteration, The Masked Singer is also a singing competition on the Fox Network, with a twist. Participants and celebrities appear on stage in outlandish costumes to hide their identities. Every week, one of them is eliminated and then unmasked. Throughout the week, the audience is offered clues and hints about the identity of each singer, encouraging them to guess along, and stick around to see if they guessed right! The series is produced by a team of producers including Chelsea Candelaria, Jeff Kmiotek, Craig Plestis, Nikki Varhely-Gillingham, Pete Cooksley, and so on.

The first season of the show arrived on January 2, 2019 to some spectacular response from the audience. It seems like the novelty of the show was appreciated by viewers. Though critics were not as kind. NPR wrote this about the show: “Like the worst and corniest decor you’ve ever affixed to your refrigerator, it’s pretty terrible, but you can’t deny that it’s magnetic. And unlike a lot of performance shows, it’s not vicious. It’s easy.”

Anyway, let’s move to what the future of the show and find out the details of the upcoming season. Here’s everything we know about it.

The Masked Singer Cast: Who’s in it?

The celebrity judges on the show are Nicole Scherzinger, Robin Thicke, Jenny McCarthy, and Ken Jeong, while the host is Nick Cannon. Celebrity participants for The Masked Singer are revealed as the season progresses.  According to an interview, executive producer Craig Plestishas said that “some of the older characters” might be making another appearance but “not in a competition way.” Some of the previous celebrity participants on the show have been the likes of Antonio Brown, Margaret Cho, Tommy Chong, Tori Spelling, Rumer Willis, Ricki Lake, Terry Bradshaw, La Toya Jackson, and Joey Fatone.

We expect the judges and host to return for season 2. The real exciting aspect, though, is several new celebrities will hide behind the mask in the next season.

The Masked Singer Plot: What is it about?

The format of the show is a twist on standard reality shows where people come on stage, perform, and compete. They do about the same in this show, The Masked Singer but there is one major difference – NO ONE knows who they are! That’s right! The show’s USP is keeping the identities of its celebrity competitors a secret!

Season 2 like the previous one, is likely to begin with 12 famous, but hidden, personalities. Every week, we will see them come on stage in outlandish costumes and sing their hearts out in an effort to win the audience’s votes. And every week, the competitor with the least votes is eliminated and unmasked! With each passing week, more clues are offered, and more hints on the celebs behind the masks are slipped through, keeping the audience thoroughly engaged.

The Masked Singer Season 2 Release Date: When will it premiere?

There had been assumptions that The Masked Singer will only air as a once-a-year event, but Fox clearly wanted to being The Masked Singer back much sooner. In response to the possibility of a fall premiere for The Masked Singer Season 2, executive producer Craig Plestis said to THR, “We’re actually meeting [with Fox] this week to go over our calendar and what our shoot schedule will be. I can’t comment on that until we get that signed off on. We’re constantly thinking what our format will be, what we need to tweak a little bit, what our new costumes are going to be. That’s the fun part — trying to figure out our brand-new characters that are going come out and shine for America.”

Get ready for yet another season full of lively performances, and fantastical, colourful costumes.

The next season of The Masked Singer is very much awaited by the fans around the world. The eagerness to find out the identities behind the masks only adds fuel to the fire.  Here’s season 2 trailer to get you excited.