The Masked Singer S03 E01 Reveals: Who Got Eliminated? 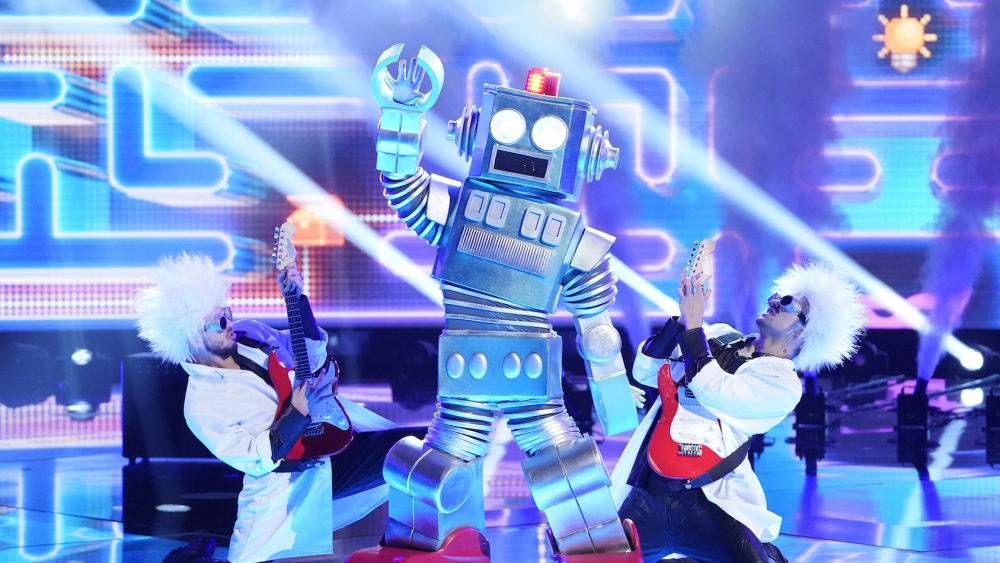 ‘The Masked Singer‘ Season 3 has started off with some spectacular performances. It is already clear that some performers will provide tough competition in the episodes to come. The opening night sees everyone giving it their best, but by the end of the episode, one of them has to walk home. The performers for the night were White Tiger, Turtle, Miss Monster, Llama, Robot, and Kangaroo, in that order. You might be wondering about who gets eliminated at the end of the episode, and we have got you covered in that regard.

The Robot, despite an electrifying rendition of Lenny Kravitz’s “Are You Gonna Go My Way”, is sent home because he receives the least number of votes. The judges have to make their guesses about who Robot is. An initial round of guessing sees Jenny going with Johnny Knoxville, while Jamie Foxx thinks Steve-O is behind the mask. Nicole feels it might be Floyd Mayweather.

Before the Robot’s face is revealed, the judges are given yet another chance to guess. Nicole, Jenny, and Foxx stick to their guesses. Thicke pitches in, believing that Shaun White might be the man behind the mask. Ken Jeong goes with Flavor Flav, but his logical deduction seems a little far-fetched, and Ken has a reputation of guessing incorrectly.

Ultimately, it is time for the Robot to take his mask off. It is none other than Lil Wayne, one of the most prolific rappers in today’s industry. Wayne speaks about how he chose the Robot costume for his kids. He has also mentioned about how it did not feel different because he was performing behind a mask.

Opening up about the experience, Wayne spoke of how the mask felt heavy, and he had to be careful about its movement, during his performance. Choreographing the performance has been a hurdle for Wayne, but he jokingly states that he might use the moves he learned, in other stage performances. Ultimately, ‘The Masked Singer’ has been different from anything he has done before.

As for the show’s secrecy, Wayne spoke about how he could not practice the song in the studio, though he wanted to get it right, because he would not be able to explain to the engineers working there, why he was singing a Lenny Kravitz song. He maintains this is the most fun he has had in his career. You can check out Wayne’s clip below.

We're going nuts and bolts now that we know @LilTunechi is #RobotMask! 🤖

See what he had to say about #TheMaskedSinger! pic.twitter.com/sFrNTjh3ez

The Robot’s clue package is peppered with subtle hints about Wayne’s identity, for those looking in the right place. A video game controller is shown, which refers to Wayne’s commercial for Xbox.

The periodic table and the hint towards platinum, as an element, is an obvious tip of the hat to Platinum labels that Lil Wayne has put out. Finally, the firetruck in the clue package is a reference to Wayne’s hit single, ‘Fireman’. The skateboarding clue is for true Lil Wayne fans, who know the rapper’s love for skateboarding, and how it is like a lifestyle to him.

The judges are way off, with nobody except Jeong even guessing that the man behind the Robot mask might be a rapper. Thicke even goes on to say that this is the most shocked he has ever been on the show. Undoubtedly, Lil Wayne’s unveiling has made Season 3 even cooler, and as Nick Cannon said, it has been a historic moment in television. It remains to be seen what high profile celebrity gets unmasked next, on ‘The Masked Singer’.