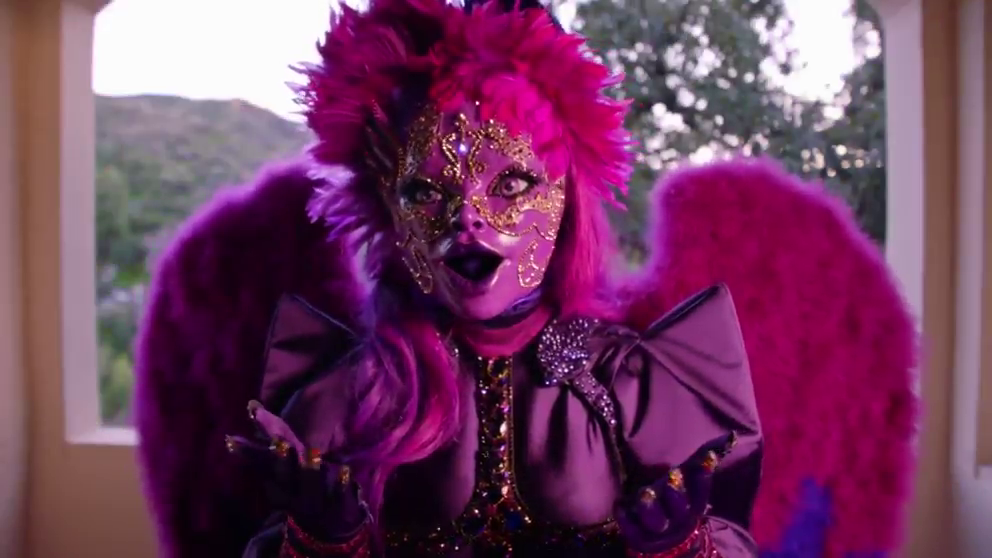 ‘The Masked Singer‘ has already seen two electrifying finales in Groups A and B. Now, it is Group C’s turn to amaze and, and the performers bring their best yet, to the table. There is energy as well as talent, bursting forth on the stage, and T-Rex, Night Angel, Rhino, and Astronaut battle it out to make it to the ‘Super Nine’.

Curious to find out who gets unmasked in this episode? We have the rundown right here, along with information on where and when to watch the upcoming episode.

The Masked Singer Season 3 Episode 10 Release Date: When Does it Premiere?

‘The Masked Singer’ Season 3 Episode 10 is slated to be released on Wednesday, April 1, 2020, at 8 PM ET. Titled “The Super Nine Masked Singer Special: Groups A, B & C Part 1”, the upcoming episode sees the finalists from the three groups starting to battle it out. Nick Cannon, the host, has warned us that the episode airs on April Fools’ Day, and we should be prepared for anything.

Where to Watch The Masked Singer Season 3 Episode 9 Online?

Group C’s finale sees Will Arnett coming on board as the guest panelist. The episode kicks off with a group performance of Jennifer Lopez’s “Let’s Get Loud.” Night Angel is the first performer to go up, and she delivers a rendition of “Shout!” by the Isley Brothers.

Night Angel feels that performing on the show has been therapeutic for her, though she’s been performing since she was a teen. We see an astronomy report card. Night Angel’s friend tells us that she had to balance school, while chasing her dreams and missed out on a lot, as a result. After her performance, she references ‘Good Times’, and says that Jenny mentions her name on her radio show, often.

Will guesses it is Janet Jackson, while Jenny feels it might be Toni Braxton. Nicole sticks with Taraji P. Henson, which was her guess from last week. Astronaut is up next, performing “Shape of You” by Ed Sheeran.

He refers to being ‘only human’. His friend tells us that Astronaut can lead a crew. We see a cup of coffee, and two dices, each rolled to five. Sometimes he can be a space cadet, and once fell on his face, in front of thousands of people. Some might have said ‘bye bye bye’, but he got back up. We also see the image of a bridge. After his performance, he refers to a mall and says he and Nicole once celebrated a huge birthday together.

Ken guesses Eddie Vedder of Pearl Jam, Will guesses JC Chasez, and Thicke still feels it is Joseph Gordon-Levitt. T-Rex takes the stage and performs “Jai Ho! (You Are My Destiny)” by A.R. Rahman and The Pussycat Dolls.

Her friend (flying in a private jet) tells us that she believes in the idea that there is no off day. The friend’s face is covered with food. We learn she’s meticulous and young. Visually, we see lips in a glass and a boomerang. After her performance, a poodle is mentioned, as T-Rex says she has a connection with Arnett through ‘Lego Batman‘.

Will guesses Gabby Douglas, Jenny and Nicole feel it is JoJo Siwa, and Ken goes with Honey Boo Boo. Rhino performs “Tracks of My Tears” by Smokey Robinson.

Rhino admits to struggling with constant criticism, and his college roommate says Rhino tried surfing but was terrible at it. Rhino stuck to it and got better. We see three-quarters of an arrow pointed upwards, and realize Rhino is willing to outwork anyone. We also notice Missouri highlighted on the map. Rhino refers to the number ‘1000’ and says Thicke and he, are literally on the same track.

Thicke guesses Will Ferrell, and Ken feels it might be David Hasselhoff. Ultimately T-Rex is eliminated, as we’d predicted. The panelists make their final guesses before the unmasking. Jenny, Nicole, and Robin go with JoJo Siwa, Ken guesses Liza Koshy, and Will feels it is Tara Lipinski. Obviously, she is unmasked to reveal Siwa.

The lips and toy cannon we see is a reference to Siwa hosting ‘Lip Sync Battle Shorties’ with Nick Cannon. The U-shaped balloon is a reference to her YouTube fans. The ‘North and West’ obviously refers to North West, Kim Kardashian’s child. That brings the group stages to a close, and the Super Nine competition begins next week. Stay tuned for the latest updates.