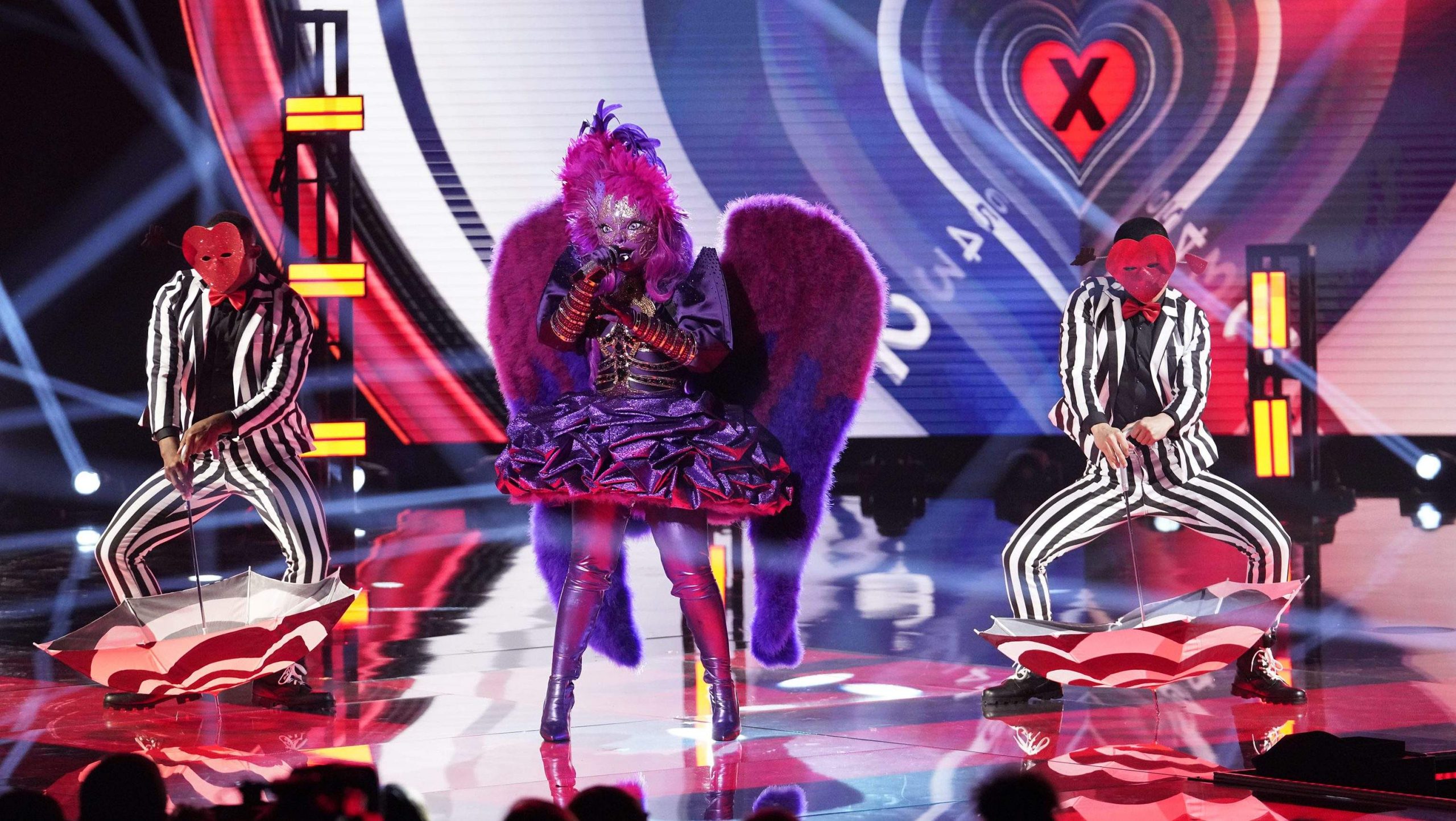 ‘The Masked Singer‘ Season 3 has finally introduced us to Group C, from where three performers will go on to join the finalists from Groups A and B. The competition is heating up, and tonight we have one of the most exciting reveals in the history of the show.

Curious to know what happens in the latest episode? We have got you covered, as we also tell you about when and where to watch the upcoming episode.

The Masked Singer Season 3 Episode 8 Release Date: When Does it Premiere?

Where to Watch The Masked Singer Season 3 Episode 8 Online?

Group C takes the stage tonight and the first performer is Night Angel. Her clue package is set in a motel, and she speaks about the magic that goes into opening different doors. We see door numbers 4 and 6, and they seem to have colorful characters like ducks and ‘gangster grandmas’. Night Angel’s verbal clues include ‘The Boy is Mine’ and ‘My Prerogative’.

She performs Bon Jovi’s “You Give Love a Bad Name”. Thicke guesses it might be Taylor Dayne, while Jenny goes with Monica, interpreting the grandma clue as ‘Grammys’. Nicole feels it might be Lil Kim.

Next up is Bear, whose clue package includes a home sweet home doormat. We understand that Bear has been both the hunter and hunted. As she is lounging on the couch, we see french fries and understand that someone on the radio is scrutinizing her.

Bear also tells us she is a mother, and sometimes polarizing. We are given some hockey references, and see a board where ‘live’ is written underneath Saturday. Bear performs Sir Mix A Lot’s “Baby Got Back”, adding a feminist spin to the song about big butts. Ken Jeong guesses Tonya Harding, while Jenny goes with Candace Cameron-Bure. Thicke believes it might be Tina Fey, interpreting some of the clues and linking them to ‘SNL’. A guess it made that it might be Britney Spears too, but is quickly discarded.

Astronaut takes the stage after this. He talks about soaring high and possibly mentions Hawaii. We see a broom and some bones. His landing is not ‘pitch-perfect’ but he is eager to take the stage. Astronaut belts out Lauren Daigle’s “You Say”, and Jeong feels it might be Adam DeVine or Josh Hutcherson. Jenny believes it might be Lance Bass, while Nicole feels it is Zac Efron.

Next up is T-Rex with an energetic rendition of Pink’s “So What”. The performer’s clue package tells us she was discovered by someone else, and taken to an island of likeminded individuals. They ‘pirouetted’ the land. We also see a ‘U’ floating in the clue package. The panelists guess Kourtney Kardashian. Nicole, however, disputes Jeong’s guess. She feels it might be Rebecca Black. Jenny goes with Maddie Ziegler.

Rhino takes the stage after this, and his clue package tells us that he was so used to staying at the top that he pushed people away when he crashed and burned. There are references to faith and butterflies. Visually, we see a red cycle and a guitar at Grand Ole Opry. After he performs John Hiatt’s “Have a Little Faith In Me”, Ken guesses Tim Tebow, while Jenny goes with Jason Aldean. Nicole reads into faith as a clue and goes with Tim McGraw, whose wife’s name is Faith.

Lastly, we have Swan, who tells us she’s seen fame and shame. The performer seems to like talking in rhymes, and we get somewhat of a horror vibe when we see vampire fangs and a ghost. Swan performs “Fever” by Peggy Lee. Jeong guesses it might be Nina Dobrev of ‘Vampire Diaries‘ fame. Nicole feels it is Jennifer Love Hewitt, who has appeared in numerous television shows, including reruns. Thicke feels it might be Sarah Michelle Gellar, known for ‘Buffy the Vampire Slayer’.

Tonight’s episode sees the Bear unmasked, and the judges turn in their final guesses before the big reveal. Nicole goes with Christina Applegate, reading into the ‘Home Sweet Home’ clue, and the fact that Bear is a mother. Ken goes with Jodie Sweetin, while Jenny and Thicke stick to their guesses about Bear being Candace Cameron-Bure or Tina Fey.

Ultimately, it turns out to be Sarah Palin behind the mask. The hockey references are because Sarah is known as a hockey mom, while she chose Bear because of her home in Alaska, and because it was sort of a nickname growing up.

The Aces and Spades are a reference to Alaska, her home state, which is denoted as AK. The ‘live’ seen in the calendar, under Saturday, refers to Fey’s impersonation of Palin in ‘SNL’. With a stunning reveal, it remains to be seen how the other five performers do, in the upcoming episode.