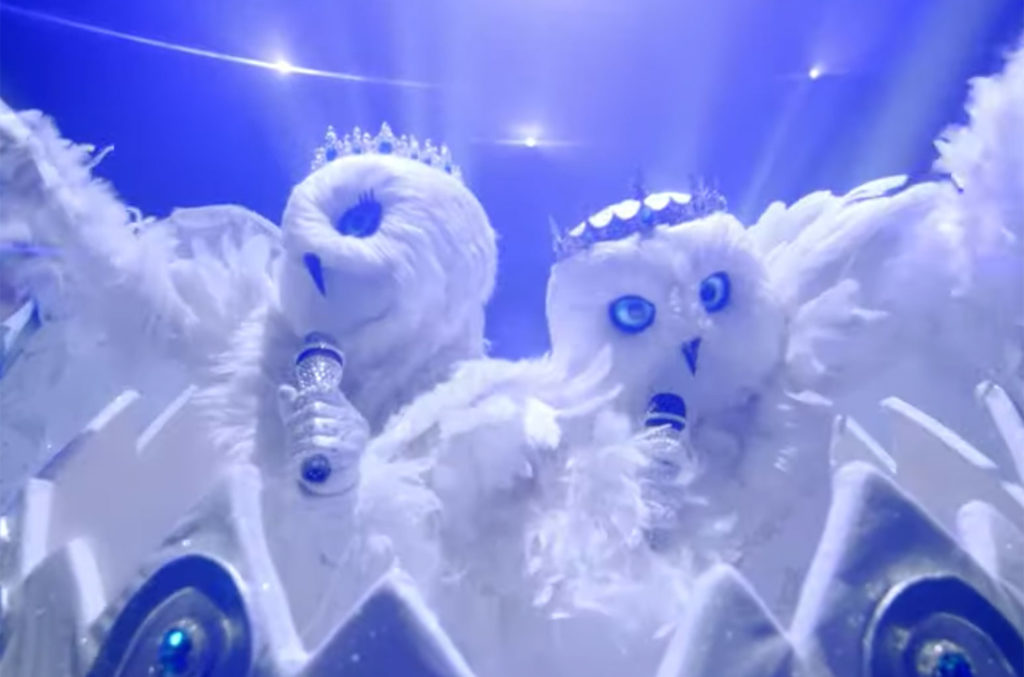 If there is one singing competition that really engulfs you in its idiosyncratic concept while still delivering some entertaining content, it has to be ‘The Masked Singer.’ After all, celebrities don costumes throughout the series and belt out some beautiful and unexpected performances from behind the veil of anonymity. So, if you want to know what to expect from the next episode, then you’re in the right place.

Titled ‘The Group B Finals – The Mask Chance Saloon,’ the 8th episode is slated to release on November 18, 2020, at 8/7c. As always, we suggest keeping in mind that each episode in the series airs on a Wednesday.

Where to Watch The Masked Singer Season 4 Episode 8 Online?

If you have a cable subscription, then you have nothing to worry about, since you simply have to tune into Fox on Wednesday night at 8 pm ET. But if you are a cord cutter, then these are your streaming options— Hulu, YouTubeTV, and Fox’s website.

The contestants of Group A faced off in the cohort’s final for the two spots in the super six. Sun, Snow Owls, and Popcorn had a fierce battle ahead. We also got to see Niecy Nash as a guest panelist. The three collaborated on a group performance to P!nk’s ‘Raise Your Glass,’ which was brilliant. Also, game-changing clues by the loved ones of the celebrities were delivered at the end of each individual act.

When Nicole Scherzinger called the battle the most epic showdown in the history of the show, she was not wrong. First up was Sun, who revealed that she had returned to the stage after a hiatus and loved it. Her “Sol Mate” stated that they took their RV on road trips to pass time during the COVID lockdown. Windchimes and places such as Alaska, Baltimore, and Mexico served as visual clues.

Post her jaw-dropping performance to Janis Joplin’s ‘Piece of My Heart,’ the panelists were certainly divided over Sun’s identity. The game-changing clue was that one of Sun’s single was certified gold. Ken Jeong went with Katharine McPhee. However, Niecy Nash thought it was Jewel. Jenny McCarthy guessed that Demi Lovato was Sun.

Snow Owls came next, and they stated that sharing a stage was somewhat new for them. A toy horse, a spaceship, and the Parthenon acted as visual clues. They sang ‘The Prayer’ by Andrea Bocelli and Céline Dion. The game-changing clue revealed that Snow Owls were romantically involved and they even shared a kiss on stage. The guest panelist felt that the people behind the mask were Brad Paisley and his wife, Kimberly Williams-Paisley. Robin Thicke went with Amy Grant and Vince Gill. As for Ken Jeong, he guessed that it was Danny DeVito and Rhea Perlman.

Finally, it was Popcorn’s turn, and in the past, she had always doled out consistently brilliant performances. Her “Queen BFF,” who has also been on the show before, stated that she could never get Popcorn to sing at her karaoke parties. ‘Domino’ by Jessie J was the character’s song choice, and the entire act was accompanied by classic diner motifs.

The game-changing clue was that one of the panelists had already guessed Popcorn’s identity before. Jenny McCarthy went with Taylor Dayne, whereas Niecy Nash went with Cyndi Lauper. Ken Jeong went with Anita Baker. It was then time for voting, and Sun received the maximum amount of votes, meaning that she will now be seen as a part of the super six.

Consequently, a sing-off between Snow Owls and Popcorn determined who snatched up the second spot. Céline Dion’s ‘Because You Loved Me’ was the song that Snow Owls chose to sing in the smackdown, whereas their opponent went with ‘(Everything I Do) I Do It For You’ by Bryan Adams. Even though both of them gave it their all, only one contestant could advance to the next round.

It was no surprise that Popcorn ended up securing her spot in the race to the Golden Mask trophy. Unfortunately, this meant that Snow Owls were eliminated. Their identities were revealed as the iconic country singers— Clint Black and Lisa Hartman Black. Although their presence on the show will be missed, they did sign off with a final performance, albeit unmasked.

There is no denying that the competition is getting tougher and tougher with each passing moment. We know that next time, we will see an epic showdown between the Group B contestants— Crocodile, Seahorse, Serpent, and Whatchamacallit. Since there are only four more spots remaining, it will not be easy to secure a win for them. At the same time, however, season 4’s lineup is fantastic, meaning that anything is possible on ‘The Masked Singer.’ We will be glued to our screens in anticipation of episode 8 until it airs.