‘The Masked Singer’ S03 E04 Reveals: Who Got Eliminated? 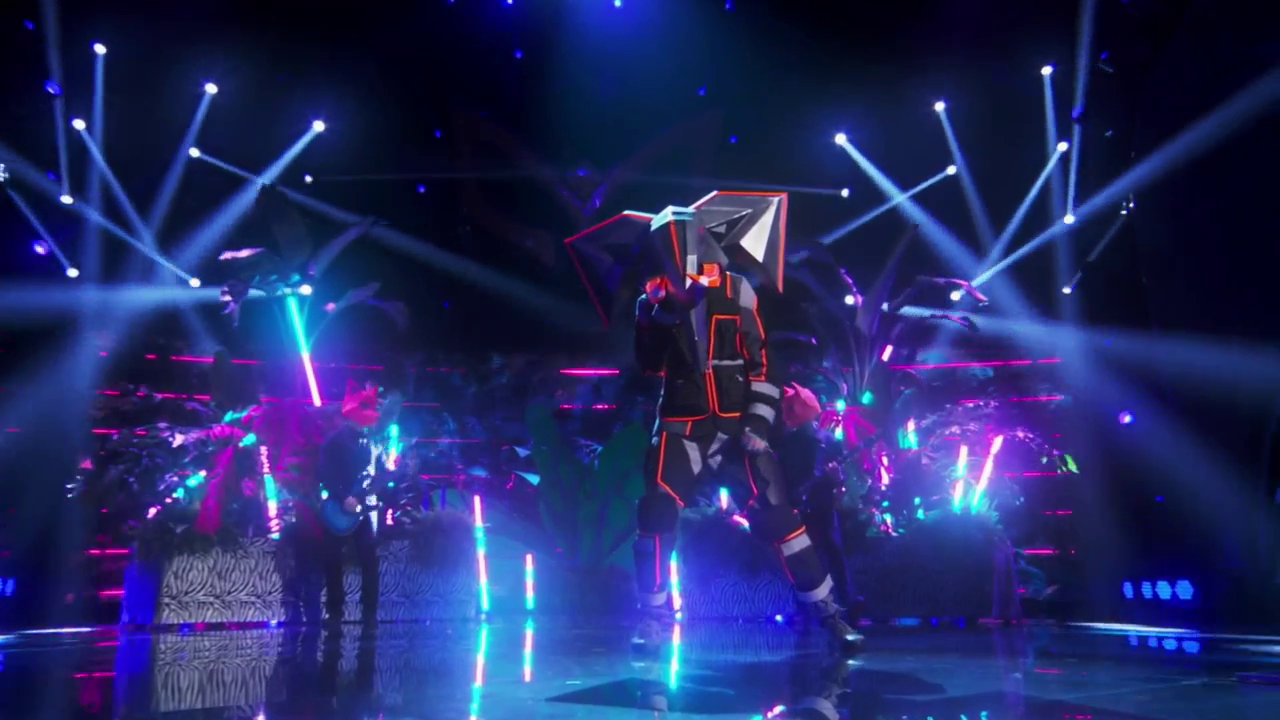 ‘The Masked Singer‘ Season 3 is well underway, and we have moved on to Group B, meeting a batch of six new performers. They are Frog, Elephant, Kitty, Taco, Mouse, and Banana. According to the judges, the new group has been much more energetic than Group A, and if we are being honest, the competition has been tougher.

Not just in terms of vocals, but stage presence as well, Group B has managed to steal the limelight. Thus, you might be wondering about who is sent home from Group B, right at the start. We have got you covered in that regard.

Who Got Unmasked in the Masked Singer?

Unfortunately, it is the Elephant who is sent home today. The performer took to the stage with a degree of sleek confidence. Elephant also belted out The Cure’s “Friday I’m In Love”. Although not a professional singer, Elephant made it clear that he could carry a tune. You can check out a clip of his performance below.

As far as the clues are concerned, Elephant started off by showing us a drumkit, holding up his drumsticks as an ‘X’ over his head. He further says that as a calf he found his calling, and turned his passion into a one-man show. We learn that Elephant went canvassing park benches, and paraded through white houses (obviously a White House reference). Furthermore, we notice a giant bicycle poster while the Elephant is walking along the street.

When it comes to the panelists, Jenny focuses on the bicycle poster, deducing that leading a massive movement refers to the Tour de France. She further surmises that winning the Tour de France would mean a meeting with the President in the White House. Her guess is Lance Armstrong.

Nicole goes with the drum kit and the bike poster as clues. She interprets the bike poster to mean a BMX bike. Her guesses are Tommy Lee or Travis Barker. Meanwhile, Ken Jeong reads into the same clues as Jenny but interprets them differently. He believes the White House reference means the person was a part of the presidential race. Ken also reads into the choice of song. Since it is a song by The Cure, he thinks Beto O’Rourke is behind the mask, as the politician claims to have the ‘cure for America’.

Before the Elephant is unmasked, the judges get another chance. Jenny sticks with Lance Armstrong as a guess, while Jeong maintains it is Beto O’Rourke. Nicole reads more into the clue about being a one-man show, and Elephant’s costume. Since Elephant has a neon based costume, and there was neon in the performance, Nicole goes with Steve Aoki as a guess, as the famous DJ has an album titled ‘Neon Future’.

Robin Thicke reads into how the drumsticks formed an ‘X’, thinking it to mean X Games. He guesses the performer to be Travis Pastrana. Finally, it is time for Elephant to take off his mask. It turns out to be Tony Hawk, the skateboarding legend. You can check out a clip of the unmasking below.

Now that we know who’s behind the mask, it becomes important to understand what the clues meant. The White House reference is about the time Tony Hawk skateboarded through the White House on a Father’s Day event in 2010, during the Obama administration.

The clue about canvassing park benches refers to Tony’s time as a child when he’d skateboard in the San Diego parks. There were also birds in the clue package, which refers to Tony’s last name, and his skateboarding company ‘Birdhouse’. Unfortunately, the birds happen to be a clue both us and the panelists missed out on.

Lastly, Hawk chose a song by The Cure, because it is deeply special to him and his wife, and they had the song playing on their wedding day. That being said, ‘The Masked Singer’ continues to surprise us, and we cannot wait to see who gets unmasked next. Stay tuned to our weekly updates to find out.