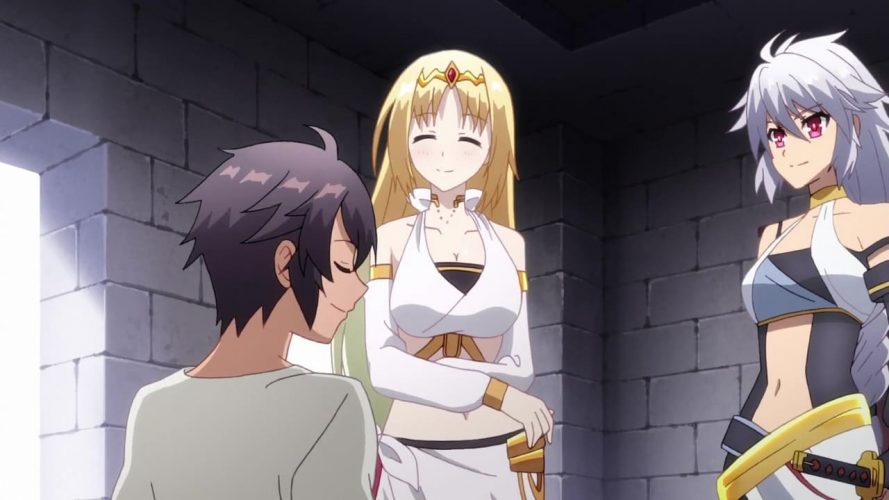 The Master of Ragnarok & Blesser of Einherjar (also known as Hyakuren no Haō to Seiyaku no Varukyuria in Japanese) is a fantasy anime television series which is based on a light novel series of the same name. Written by Seiichi Takayama and illustrated by Yukisan, the light novel series was first published on July 31, 2013, and new chapters are being published even to this day. A couple of years after the initial publication of the light novel series, it was adapted into a manga series with art by chany, and the first chapter of the manga series was published on February 13, 2015 in the Comic HJ Bunko magazine. Three years later, a Japanese anime studio called EMT Squared announced plans to adapt the series into an anime television series, and Season 1 of The Master of Ragnarok & Blesser of Einherjar premiered on July 8, 2018. While it wasn’t among the highest rated anime shows to come out that year, it still managed to create its own fanbase. Since then, fans have been waiting to hear news on a second season, and here’s everything we know about the prospects of Season 2 thus far.

The Master of Ragnarok & Blesser of Einherjar Season 2 Release Date: When will it premiere?

The Master of Ragnarok & Blesser of Einherjar season 1, consisting of 12 episodes, premiered on July 8, 2018 and ran till September 23 of the same year. However, in spite of the show’s popularity, a second season has not been confirmed yet.

That being said, there’s no reason to get worried just yet. Anime shows sometimes take five years to renew, and hence, there’s plenty of time left for EMT Squared to announce a second season. Further, since new chapters are still being published in both the light novel and manga series, there’s definitely no dearth of source material for a second season. Given this fact, we think there’s a decent chance of The Master of Ragnarok & Blesser of Einherjar being renewed for a second season. However, nothing can be said for certain till EMT Squared makes an announcement on the future of the show. We’re keeping our ears open for news on The Master of Ragnarok & Blesser of Einherjar season 2 release date and we’ll update this section as soon as we hear something reliable.

The Master of Ragnarok & Blesser of Einherjar English Dub:

You can stream ‘Hyakuren no Haou to Seiyaku’ on Crunchyroll with its original Japanese audio and English subtitles.

The Master of Ragnarok & Blesser of Einherjar Plot:

The plot of The Master of Ragnarok & Blesser of Einherjar revolves around a high school student called Yuuto Suoh and his adventures in a fantastical world.

A seemingly normal high school student, Yuuto has unparalleled knowledge about urban legends and is extremely keen to test whether urban legends are actually true. However, Yuuto gets more than what he bargained for when joins his childhood friend, Mitsuki Shimoya, to test out one particular urban legend. They head to the Tsukimiya shrine to partake in a courage test, but when Yuuto takes a picture of himself with the shrine’s divine mirror, he is instantly transported to a mystical world called Yggdrasil.

As the name of the world suggests, Yggdrasil is a place steeped in Norse mythology, and Yuuto finds himself stranded there. However, Yggdrasil is far from a peaceful place and has many clans which fight each other for dominion over the land. Although Yuuto initially finds himself to be lost in Yggdrasil, he gets taken in by the Wolf Clan, who soon start treating him as one of their own. However, in spite of the kindness of the Wolf Clan, Yuuto learns that they have weak military tactics, which makes them of little use in the battlefield. Determined to return the favour and take the Wolf Clan to the top of the pecking order, Yuuto starts using his own knowledge of military tactics and his solar-powered smartphone to make the Wolf Clan tactically adept. As Yuuto strives to lead the Wolf Clan to glory, he also earns the love of magic-wielding warrior maidens known as the Einherjar.

The Master of Ragnarok & Blesser of Einherjar Characters:

Although there are many characters in The Master of Ragnarok & Blesser of Einherjar, there are only a handful of characters who are central to the plot of the show. Below, we’ve provided you with brief backgrounds on the important characters in the show.

Yuuto Suoh: The main protagonist of the show, Yuuto is a high school student in the 21st century with a vast knowledge of urban legends. When he heads out to test an urban legend, he gets more than he bargained for and ends up getting transported to a fantastical world known as Yggdrasil. Soon after his arrival in Yggdrasil, Yuuto was taken in by the members of the kind, but weak Wolf Clan. Determined to return the favour, Yuuko thus starts using his knowledge of history and his solar-powered smartphone to upgrade the Wolf Clan’s Bronze Age technology and tactics. While Yuuto does not have any special powers or magical abilities, his true strength lies in his charisma as a leader and his eye for tactics. Yuuko often uses his smartphone to learn tactics from famous conquerors, although he thinks this method to be a cheat code. As the show progresses, Yuuto becomes the patriarch of the Wolf Clan.

Felicia: A main character in the show, Felicia is one of the Wolf Clan’s Einherjars, and is Yuuto’s sword sister in Yggdrasil. Not only is Felicia beautiful, but she’s also a fearsome warrior. Felicia fights using her whip and can move at superhuman speeds thanks to her magical rune. Despite being Yuuto’s sworn sister, Felicia is shown to have a crush on him and frequently tries seducing him with her beauty.

Sigrun: The final main character in the show, Sigrun is also one of the Wolf Clan’s Einherjars, and is the sword daughter of Yuuto. Sigrun wields a katana given to her by Yuuto and her magical rune allows her to gain superhuman strength. Sigrun has great admiration for Yuuto and is extremely protective of him. However, later in the show, she also starts to develop romantic feelings for him.