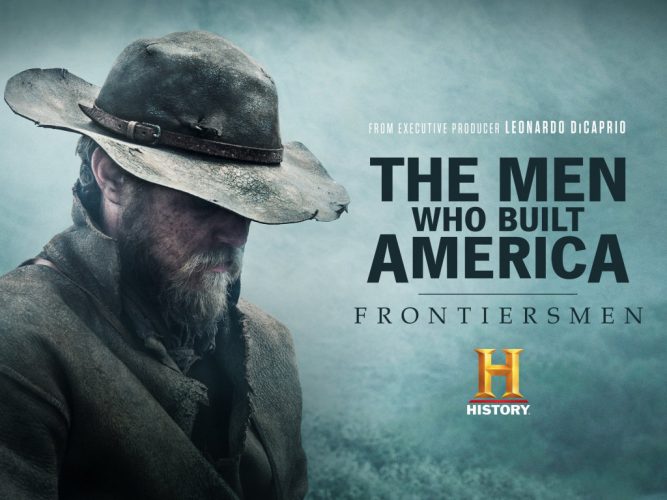 The Men Who Built America: Frontiersmen is an English docudrama directed by John Ealer, and Leonardo DiCaprio is one of the executive producers of the show. The show has four episodes that run for eight hours narrating the chilling adventures of the daredevils that paved the way for a permanent settlement in the frontier of America. The show gives harrowing details of the series of events that happened during the initial 75 years of the United States that spans from the Revolution to the well known Californian Gold Rush during which legendary people like Daniel Boone, Lewis & Clark, Davy Crockett and Andrew Jackson set their feet on the unclaimed soil with grit and conviction. These legendary people are portrayed on screen and are given a heartfelt tribute in the show. The story is narrated by Campbell Scott and is shot extensively in Wellington. The documentary biography features Jonathan C. Stewart, Gareth Reeves, Derek Charition, Joseph Charition, and Robert I. Mesa. The show is broadcasted on History Channel from March 7, 2018, and its a spin-off to the 2012 documentary series, The Innovators: The Men who built America.

The Men Who Built America: Frontiersmen Season 2 Cast: Who’s in it?

The Men Who Built America: Frontiersmen Season 2 Plot: What is it about?

The Men Who Built America: Frontiersmen is an English documentary biography shot in Wellington that gives complete details of the initial 75 years of the United States that includes the period between the Revolution to the famous California Gold Rush. This is the period where legendary daredevils like Daniel Boone, Lewis&Clark, Davy Crocket and Andrew Jackson set their feet on the unclaimed soil with grit and conviction to form a settlement. The dramatised characters of these great men are played with dedication by the cast of the show. The show portrays the American Revolutionary War in a detailed and clear way and shows exactly how Daniel Boone placed his life at risk to earn a settlement in America. The show is more a tribute to the great reformers who set the way for the future revolutionised America.

The show also narrates how Lewis and Clarke made their successful expedition in the Pacific Ocean and how Tecumseh gloriously united the ever fighting native American tribes to stop the expansion that could develop complicated civil and social issues. The rivalry between Davy Crockett and General Andrew Jackson as a result of the latter’s ways to secure the frontier also makes things difficult for the American settlement. The final episode of the first season explains Davy Crockett‘s decision at The Alamo and the hidden mission of Kit Carson and John Fremont that catalyzes a war seeking California and the Pacific. The network has not revealed if they would like to go for another season or not.

The Men Who Built America: Frontiersmen Season 2 Release Date: When will it premiere?

History Channel has not announced if the show will be renewed for a second season or not and so the exact air date cannot be speculated. It was intended as a four-part series spanning eight hours and so whether it will be renewed at all is another question yet to be answered.

There is no news on the renewal of the show yet from the show creators. However, you can enjoy the preview of the first season below.