When Will ‘The Men Who Built America: Frontiersmen’ Return to History Channel? 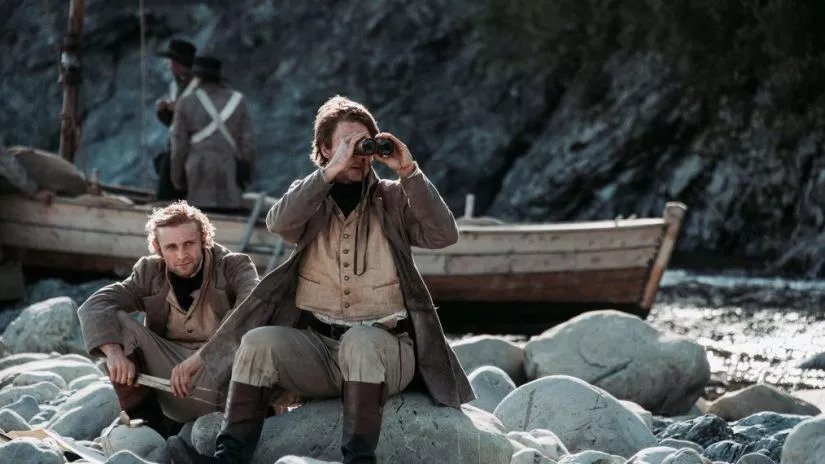 ‘The Men Who Built America: Frontiersmen’ is a documentary drama miniseries produced and released by the History Channel. It is a follow up to the 2012 docudrama of ‘The Innovators: Men Who Built America’. This is a series where the main motive of the makers is to highlight the people who have given their blood and sweat to build America into what it is today.

From pioneers to tribal leaders, all played their part in this grand pathway of civilization. The series is basically remembering and reminiscing the stories of those great men and the way they shaped and molded America.

The series is co-produced by Leonardo DiCaprio and the episodes are directed by Ruan Magan and Patrick Reams. David Vanacore handles the background music for the whole series.

The Men Who Built America: Frontiersmen Cast: Who’s in it?

‘The Men Who Built America: Frontiersmen’ is a docuseries about legendary personalities who served as front runners in helping America to be where it is today. The most notable names are this series, are Jonathan C. Stewart who plays the character of the American pioneer, explorer, woodsman, and a frontiersman, who is a folk hero mainly because of his frontier exploits. Gareth Reeves plays the character of Davy Crockett, who is also a soldier and politician, along with being a folk hero and a frontiersman.

Derek Chariton portrays the role of Meriwether Lewis who is again like the others, a politician, explorer, and administrator. Meanwhile, Joseph Carlson and Nathan Stevens play William Clark and Kit Carson respectively, with both men being Indian agents along with soldiers and frontiersmen.

Robert I. Mesa breaks the monotony by a bit, as he plays Tecumseh who was a Shawnee warrior and chief, who later became a leader of the multi-tribal confederacy in the Nineteenth century. Adam Jonas Segaller and David Stevens also play the respective characters of John Charles Fremont and Andrew Jackson, which mainly completes the main lead cast the whole series revolves around.

Apart from the above-mentioned names, there are numerous actors appearing in guest appearances with less-significant roles and hardly get sizeable screen time.

The Men Who Built America: Frontiersmen Plot: What is it about?

‘The Men Who Built America: Frontiersmen’ is an English documentary biography shot in Wellington that gives complete details of the initial 75 years of the United States that includes the period between the Revolution to the famous California Gold Rush.

This is the period where legendary daredevils like Daniel Boone, Lewis & Clark, Davy Crocket and Andrew Jackson set their feet on the unclaimed soil with grit and conviction to form a settlement. The dramatized characters of these great men are played with dedication by the cast of the show. The show focuses on the iconic tales of people who have left footprints on the sands of American history.

It shines a light on the great Revolution, the atrocities of war and being a soldier in the line of duty. It portrays the life of the tribal people and their passion to work together to stand against expansion. It also highlights the famous Lewis and Clark expedition to the Pacific, with a war brewing in America.

The main characters of the series are mainly soldiers and we see them joining other forces and going up against each other in this Great War, with Andrew Jackson and Davy Crockett having a go at each other mainly towards the Native Americans and Jackson’s Indian Removal Act. With America on the verge of a war against Mexico, President Polk increases the risk factors by sending soldiers John Fremont and Kit Carson on a very secret mission which results in a war in the Pacific with Crockett taking a strong stand for the Alamo.

The Men Who Built America: Frontiersmen Season 2 Release Date: When will it premiere?

‘The Men Who Built America: Frontiersmen’ Season 1 premiered on May 7, 2018, on History Channel. While the makers have not spoken about its comeback for a second season and there has been no update, whatsoever, about this series in recent times, the show did well when it released its first season.

If it were to return for a second season, ‘The Men Who Built America: Frontiersmen’ Season 2 may release in early 2020. Till then the viewers who are interested in the series and have not watched the first season can watch it and remain updated.

While you wait for updates, here’s the official trailer of ‘The Men Who Built America: Frontiersmen’ that will give you a better idea of the show.