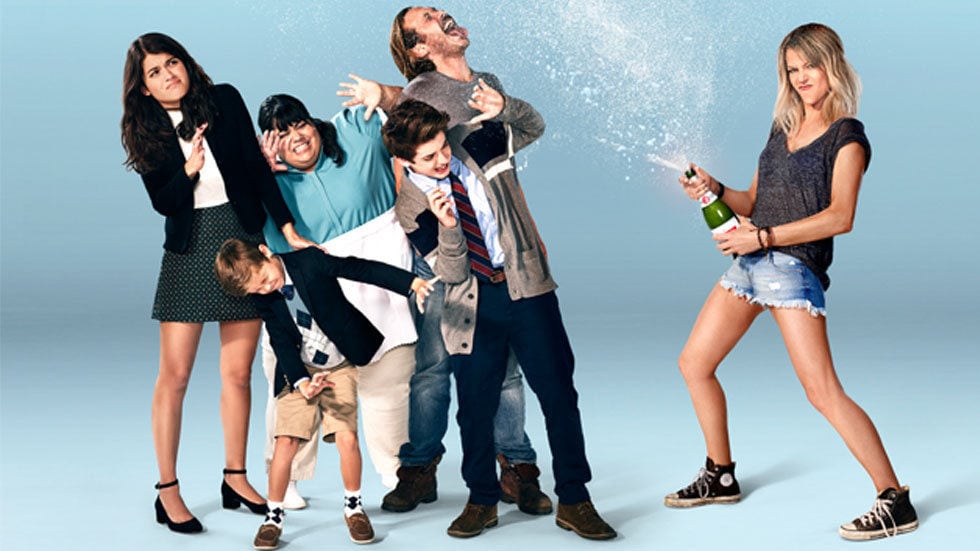 ‘The Mick’ is an American sitcom, which is also a black comedy, and airs on Fox. It first premiered on January 1, 2017. The series has been created by Dave Chemin and John Chernin. Kaitlin Olson of ‘It’s Always Sunny in Philadelphia‘ fame stars in the show, and acts as the executive producer as well.

The best part about sitcoms is that even if it starts out small, word of mouth gets around, and eventually, we see viewers lounging around, just to spend more time with the characters, with whom they have become familiar. In the case of ‘The Mick’, Kaitlin already brought her own fans who are used to seeing her belt out some debauched humor in the Danny DeVito starring series. However, when it came to a critical consensus, the show was only met with mixed reviews, where some critics appreciated the way the series kept the humor simple, while others seemed to have a problem with this very simplicity.

The Mick Cast: Who is in it?

The main cast of ‘The Mick’ includes Kaitlin Olson as Mackenzie aka Mickey Molng, who has a hard life and later becomes a parental guardian. Sofia Black-D’Elia appears as Sabrina Pemberton, who is one of Mickey’s nieces, Thomas Barbusca plays the role of Chip Pemberton, who is her first nephew and Jack Stanton appears as Ben Pemberton, that is, her other nephew. Carla Jimenez appears in the series as Alba Maldonado, who is a housekeeper and Scott MacArthur is seen in the role of James Shepherd aka Jimmy, who is seen playing the role of Mickey’s fake boyfriend.

The recurring cast includes Tricia O’Kelley as Pamela Pemberton, Laird Macintosh as Christopher Pemberton, Wayne Wilderson as Principal Gibbons, E.J. Callahan as Colonel Pemberton and Arnell Powell as Fred the Fed. These characters all strive to add a comic element to the show and they interact with the main cast members to make the overall experience more enjoyable.

If there is an upcoming season, if it happens, hopefully, the main cast will return, and they will be joined by some new characters, and not to mention some guest stars as well. Some of the recurring characters might get promoted to the main cast, and it would be interesting to see how that makes a change in the overall dynamic and direction of the series.

The Mick Plot: What is it about?

‘The Mick’ revolves around Mackenzie aka Micky (Kaitlin Olson), an irresponsible person, who relocates from Warwick, Rhode Island. After her sister Pamela Pemberton and her husband Christopher are accused of fraud and tax evasion, she must take care of her niece and nephews, who are already spoilt. A day passes, and she gets a call from her sister that they are departing from the country. Hence, she becomes the parental guardian of the children, who are little monsters and Mickey struggles to raise them as decent, hardworking and honest members of the society with the help of her pseudo-boyfriend Jimmy and the housekeeper Alba.

The main plot starts with us being introduced to Mickey, who strolls through a grocery store in sweatpants, completely unfazed, with a marked air off irresponsibility around her. She makes free use of all that can be found on the aisles, from lipstick to deodorant to beer. Her plan is to go to Greenwich in Connecticut to hustle some money out of her sister who happens to have married rich. However, this plan goes for a toss, when her sister and her husband are both arrested for fraud. As Mickey is stuck taking care of the kids, her nieces, and nephews bring a degree of sniveling energy into the general proceedings of the show.

Those who have followed the show must know that the previous season ended in a cliffhanger for Sabrina, who suffered a freak electrocution accident. The general understanding was that it would mess up her cognitive abilities and probably her motor functions as well. However, at this point of the cliffhanger, the network decided to scrap the show, much to the sadness of many a comic fan who were finding the approach and content rather agreeable.

The showrunners addressed this situation saying, “Everybody was saying we were coming back, so we were pretty blindsided by that. The general plan was to catch up months after the accident. Sabrina was going to be pretty f-ed up. We think [Black-D’Elia] is the most incredible actress, so we wanted to basically have Sabrina learn how to walk and talk again”. They had plans to show the upcoming season begin on Sabrina’s 18th birthday which would normally be a happy affair but be marred due to her injuries.

Mickey, not one to take this sitting down, would most likely take her out for a wild night of clubbing and fun. The showrunners continued, saying, “We had so many great pairings on this show, but I don’t know that there’s a better one than Mickey and Sabrina. They’re such worthy adversaries, and there was something so funny to us about Sabrina losing a step — or five steps — in her game. We joked about Sabrina trying to insult Mickey, but she’s stumbling through the words, so Mickey would just be like, ‘I’m going to go make a sandwich and circle back when you’ve had a chance to gather your thoughts.'” Even if we do not get to witness any of this on screen, at least it gives fans some sort of closure knowing the direction in which the show was headed.

The Mick Season 3 Release Date: When Will It Premiere?

‘The Mick’ Season 2 premiered on September 26, 2017. As far as the next season goes, we have bad news for the fans. On May 10, 2018, Fox decided to cancel the series, which came as a surprise, since fans had taken rather well to the general idea and progress of the show. Though, fans should not lose all their hopes. There’s still a possibility that some other network picks up the show. If that happens, we will update you about ‘The Mick’ Season 3 release date.

While we wait for any positive news on ‘The Mick’ Season 3, check out the season 2 trailer to refresh your memories. If you haven’t seen the show yet head over to Fox to catch all the episodes of the previous seasons.