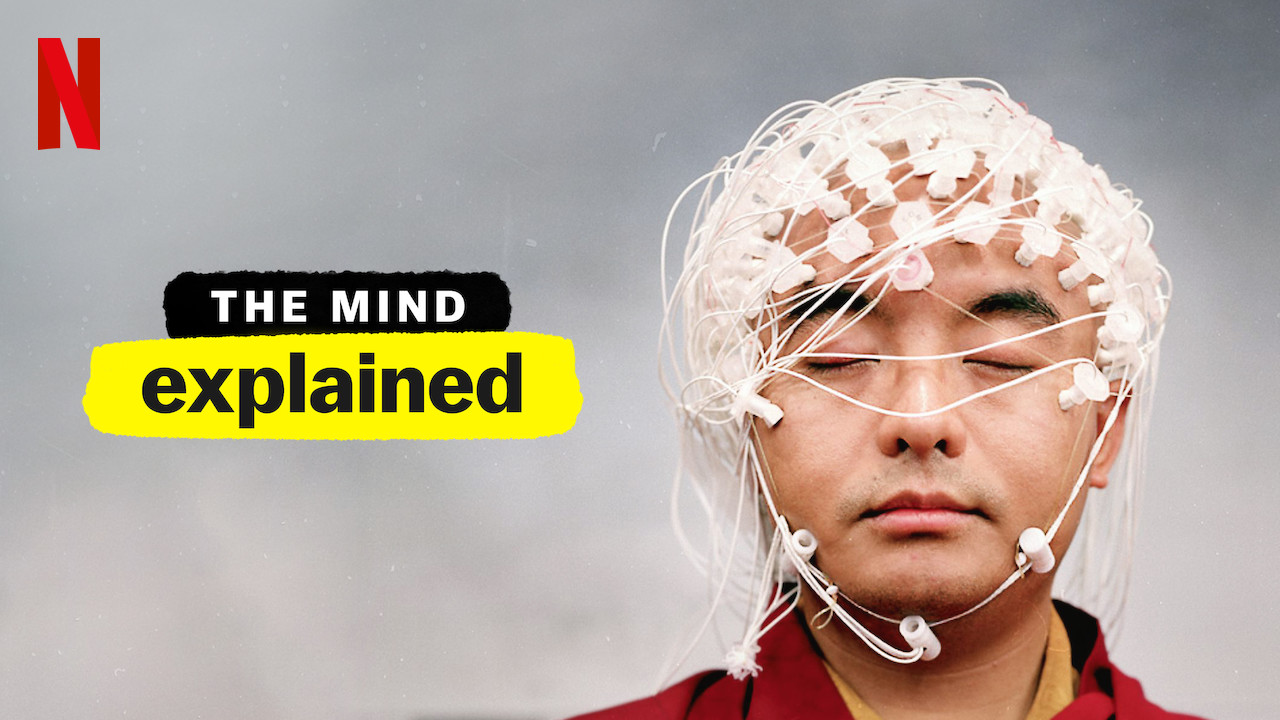 Have you ever wondered why psychedelic drugs have such a huge impact on our minds? At times, you experience your whole life within a span of 12 hours and sometimes, hallucinations create make-believe scenarios that do not, in fact, exist. We do know that these drugs act via the neurotransmitter serotonin, which finally affects your mood, cognition, and perception. However, the responses differ from individual to individual. For some, it is a spiritual trip while for others, it can be more of a panic attack, causing bad trips — leading to nightmarish thoughts of fear, despair, and anxiety. Several users also report experiencing a spiritual realization.

So, why are these effects different for different people? What’s hidden in the deepest parts of our brain that manifests through hallucinations? Touching upon this subject and several other strange phenomena that take place within our grey matter is the Netflix Original ‘The Mind, Explained’. This limited scientific docu-series is produced by Netflix in association with Vox Media. They had previously worked together to produce the ‘Explained’ documentary, whose first season aired on the streaming platform from May to September 2018.

The Mind, Explained Cast: Who is in it?

‘The Mind, Explained’ is narrated by ‘La La land‘ star Emma Stone. The Academy Award and a Golden Globe Award-winning actress, featured among the highest-paid actresses in the world, made her movie debut with ‘Superbad’. Since then, there has been no looking back. She has starred in multiple hit films, including ‘Easy A’, ‘Crazy, Stupid, Love’, ‘The Help’, ‘The Amazing Spider-Man‘, ‘Birdman‘, ‘Battle of the Sexes’, and ‘The Favourite‘, as well as the Netflix dark comedy series ‘Maniac‘.

The Mind, Explained Plot: What is it about?

‘The Mind, Explained’ dives deep into everything that happens inside the grey matter. It covers subjects such as memory, dreams, anxiety, psychedelics, and others. The show describes the brain as an association machine that connects things together. It explains why memories are so unreliable. According to one of its episodes, 50% of what we remember changes in a year. But we are hardly aware of it. Again, we get a detailed know-how about our dreams — a phenomenon that people consider as something which lends more insight into our deep-seated thoughts. We understand how our brain navigates four stages during each sleep cycle and how it looks completely different in the REM stage.

Another subject covered in the series is anxiety. With us, constantly and subconsciously inventing new reasons to be anxious, it has currently become a common, dangerous mental illness. Experts then guide viewers on the whys of this occurrence and what steps can be taken to prevent or tackle it. Additional episodes also shed light on mindfulness and the dramatic effects of psychedelic drugs.

What do all these incidents tell about us and our minds? This is the sole question that ‘The Mind, Explained’ attempts to give an answer to.

Documentaries about the human brain are often perceived to be dull, especially since they contain so many mythical explanations or technical terms. However, when you start with the first episode of ‘The Mind, Explained’, you will immediately understand that the creators behind this documentary have an excellent grasp on the subject matter. They explain how both the audio and visual centers of your brain interlink to form a connection. There is the usage of creative animation, which keeps you vested, makes the topics easily understandable, and focuses on the point being made.

Additionally, the limited series appeals to everyone and anyone. Without going too deep into technical details or the science of how the brain functions, it wonderfully answers our recurrent questions about anxiety, mindfulness, and dreams. It tries to explain what affects the underlying systems in our brain, which in turn, impacts our regular outlook toward life.

Of course, when you say ‘mind’, there are a plethora of topics to be covered. However, ‘The Mind, Explained’ gives you an interesting start.

The Mind, Explained Season 2 Release Date: When will it premiere?

‘The Mind, Explained’ season 1 premiered on Netflix on September 12, 2019. It is yet another addition to the platform’s ‘Explainer’ franchise, which explores multiple sensitive topics such as gene editing, monogamy, wealth gap, and high profile diets, among others. Its ‘Mind’ version has already been branded as a limited series. Therefore, season 1 should be the first and last season from the show. However, if we receive any news on ‘The Mind, Explained’ season 2, we will update this section.

Check out the official trailer for ‘The Mind, Explained’ season 1 below.