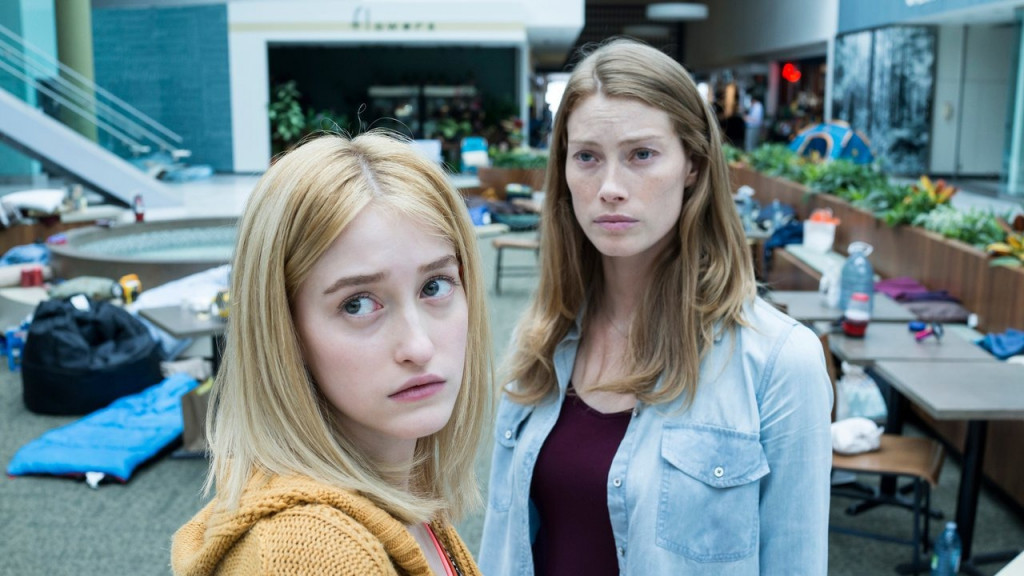 ‘The Mist’ is an American science fiction horror thriller TV series which was created by Christian Torpe. It is adapted from the Stephen King horror novella “The Mist” which was published in 1980. The series used to air on Spike, and first premiered on June 22, 2017.

After the release of Frank Darabont’s film adaptation of the novel ‘The Mist’ by Stephen King in the year 2007, producers of the movie, Bob Weinstein and Harvey Weinstein announced the development of a mini-series of the same name. In November 2013, producer Bob Weinstein confirmed that a 10 episode mini-series would be developed and the production would begin under the name of Dimension Television which is owned by Bob and Harvey Weinstein.

After two years, in September 2015, Dimension Television made an announcement that they had signed the famous screenwriter Christian Torpe to develop the entire series. Spike (now Paramount Network) picked up the pilot of the series in February 2016. Finally, in April 2016, a deal was made between Spike and Dimension Television to air the entire series. The series went into production in July 2016 in Halifax, Nova Scotia. Guy J. Louthan and Amanda Segel acted as the producers.

Those who have read the book, or seen the film, must be aware that the plot is about an eerie mist that mysteriously rolls into town, and soon the people are forced to confront that there might be terrifying monsters in it, and they have to face them, while fighting not just for their lives, but their sanity as well. Although the series drew some viewers. However, the fan base steadily declined and the critics attributed it to the show being, “relentlessly bleak, mean, and downright sadistic at nearly every turn”.

The Mist Cast: Who is in it?

The main cast of ‘The Mist’ includes Morgan Spector as Kevin Copeland, Alyssa Sutherland as Eve Copeland, and Gus Birney as Alex Copeland. The family has to struggle to survive the mist and they all have to do their best to come out unscathed. Other characters include Danica Curcic as Mia Lambert, Okezie Morro as Bryan Hunt, among others. There are several other supporting characters as well, and together they all make up the various people in the town who are faced with the terrifying prospect of meeting the unknown out there in the mist.

If a new season does arise, one might expect this cast to return, because, for a show that did not have a lot going for it, the cast and their stellar performances were the only saving grace.

The Mist Plot: What is it about?

The main plot of ‘The Mist’ is based in the small town of Bridgeville in Maine, which is suddenly shaken up when an unexplainable mist slowly envelops the whole town. The people of the town soon come to understand that the situation is even more severe as there is unexplained and abnormal behavior in this mist. The odd phenomena in the mist attacks and kills anyone who enters it. This leaves different groups in the town being restricted to areas like the shopping mall, church, and the police station. Eventually, people discover that these unexplained phenomena in the mist are in fact apparitions from each of their pasts, their fears or guilt that can either help them or kill them based on the way they react to the mist.

If you are familiar with the content of the novel and the film, you will realize that the series takes a lot of creative liberty in spinning the show. Firstly, the original story has all the characters cooped up in one place, a shopping mall, and they must use all the resources at hand to fight the monsters in the mist. Secondly, the monsters in the mist are very real, and they are horrifying creatures out of a nightmare, and not one’s personal demons, as the show portrays.

However, the departures set for a couple of interesting premises. Firstly, by splitting the story among three places, the series could afford to draw out the pacing to make it more suited for television than film. Thus we see the same thing unfurl at three different locations, and how the people at each location responds. There is also the added tension of three groups having to stick together, and the differences between them become more untenable as the mist lingers. By splitting the group dynamic to three locations, the show potentially allows for more conflict, and interpersonal politics to play out while the people are trapped inside due to the mist.

Furthermore, by making the monsters more personal to the characters, the show sets up a possibility of exploring several character arcs and tackling broader societal issues. Unfortunately, despite setting up so many things, the series fails to execute any of them particularly well, leaving the show to look as lost as the characters are in the titular mist.

If and when there is an upcoming season, we definitely hope for better execution and a better building of the plot and narratives.

The Mist Season 2 Release Date: When will it premiere?

‘The Mist’ season 1 premiered on June 22, 2017. It aired for ten episodes from June 22, 2017, to August 24, 2017. The first season was the only season of the show after which it was canceled on August 25, 2017. Right now there is no news about the series being picked up by any other networks or streaming platforms. However, Stephen King’s works are always interesting, and more often than not, their adaptations have been favorably received. ‘The Mist’ was a single instance of failure, and hopefully, if it is picked up again, the series receives a well deserved fresh start, since the story has a lot of potential in it. We will update this section as soon as we receive any news on ‘The Mist’ season 2.

Check out the season 1 trailer below to refresh your memories. If you haven’t seen the show yet head over to Spike to catch all the episodes of the previous season.