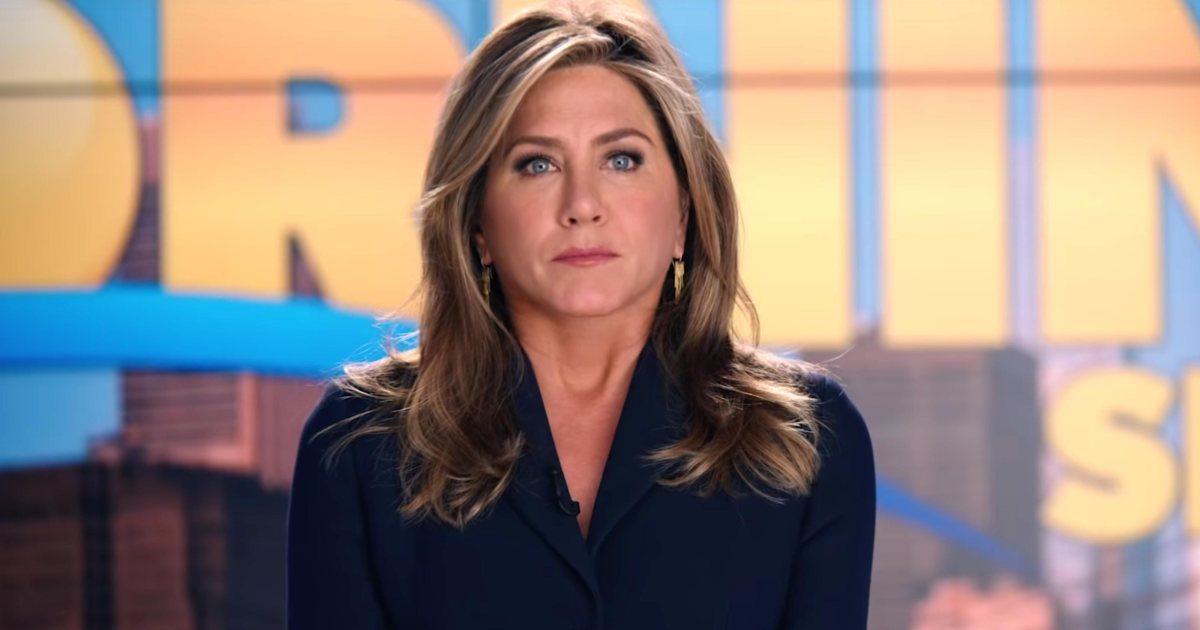 We trust the news to tell us the truth, but recent years have shown us how untrustworthy media can be. False news has never been more prevalent and hiding facts from the public has become a common thing. Every once in a while, we witness the name of a celebrity mired in a scandal, which while seems unbelievable, also makes us question the people we have put on a pedestal for so long. This makes us wonder what goes on behind the scenes of a news channel.

Apple TV Plus’s, ‘The Morning Show’, gives us a glimpse of this world. With a great star cast, it focuses on the events that take place after the firing of the co-host of a popular news show. Jennifer Aniston and Reese Witherspoon, who also star in the show, also executive produce it.

With the highly dynamic climate of the current world, especially in the field of media and information, it is important to have a show that depicts the reality of behind the scenes. ‘The Morning Show’ does exactly that. Interestingly, the idea for the story was pitched to Apple before the movements like Me Too turned out to be the defining moments of recent times.

A lot has changed within the developmental years of the series, which makes it an even riskier venture. Not only do they have to keep the drama up to date, but also have to focus on keeping themselves in sync with the developments- political or otherwise- concerning the news industry. Even with the shifting themes, the main focus of the show is on the ageism and sexism factor. Aniston’s character, Levy, goes through a massive upheaval in her career, even when she has nothing to do with the scandal of her co-host.

With such a compelling narrative and the storyline that encompasses all the current issues in the world of media, it seems impossible to wrap up everything in just one season. Of course, Apple TV Plus is aware of that which is why they prepared for this beforehand. The fans will be pleased to know that the second season of ten episodes is in already underway. In fact, it has been commissioned along with the first season itself.

Considering that the second season was developed closely with the first season, it shouldn’t take long for it to premiere on the streaming service. Though no official date has been announced yet, we can expect it to be made available for the audience in November 2020. When we receive more information, we will update this section.

The Morning Show Cast: Who’s in it?

The cast of ‘The Morning Show’ is headlined by some of the biggest stars in Hollywood. The story follows the rivalry between Alex Levy and Bradley Jackson in a highly competitive world of media. ‘Friends’ star Jennifer Aniston plays Levy, a woman who needs to protect her interests after her colleague of fifteen years is fired. The role of Jackson is portrayed by ‘Big Little Lies’ actress, Reese Witherspoon. Her character is dedicated to truth in journalism, but she faces a crisis after joining the world of television.

The Morning Show Plot: What’s it About?

Alex Levy and Mitch Kessler have been the face of The Morning Show for fifteen years. It is a highly popular program that is followed by a high percentage of the American populace. Everyone’s eye is on what news Levy and Kessler have for them every morning. This is why, when Kessler is charged with sexual misconduct, everyone holds their breath about what will happen to him.

Not wanting to indulge themselves with the debacle, the network doesn’t take time to fire Kessler. This event doesn’t happen to be the career turning point for only Kessler. Alex knows that with him gone, she will have to face a lot of trouble in keeping her position intact as well. The management busies itself with finding a fresher face for The Morning Show, and they find it soon enough.

Bradley Jackson is a fiery journalist who will stop at nothing to bring the truth to light. After one of her stories breaks out, she receives an interview with Alex on the show. Her dedication to true journalism and bold personality makes her an instant favourite with the viewers. She, soon, becomes a famous figure and the network decides to tap her to be the next host of The Morning Show. What remains to be seen is if she will don the chair with Alex or without her.

At first, Bradley is reluctant to become a part of the world that she has detested for so long. But then, she realises the opportunities it provides her with, not just for furthering her career, but also for getting the truth to her audience. Meanwhile, Alex has become wary of the network’s deals with Bradley and decides to not go down without a fight. This results in a rivalry between the women, with one trying to carve a place for herself and the other struggling to protect it.

‘The Morning Show’ promises to be a highly dramatic ride full of characters who are ready to risk it all for their career. The cast of amazing actors makes it appealing and the content of the series is something that can’t be ignored. You can catch all episodes of this show on Apple TV Plus. Have a look at the trailer here to see how exciting it is.