The Morning Show Season 2: Everything We Know 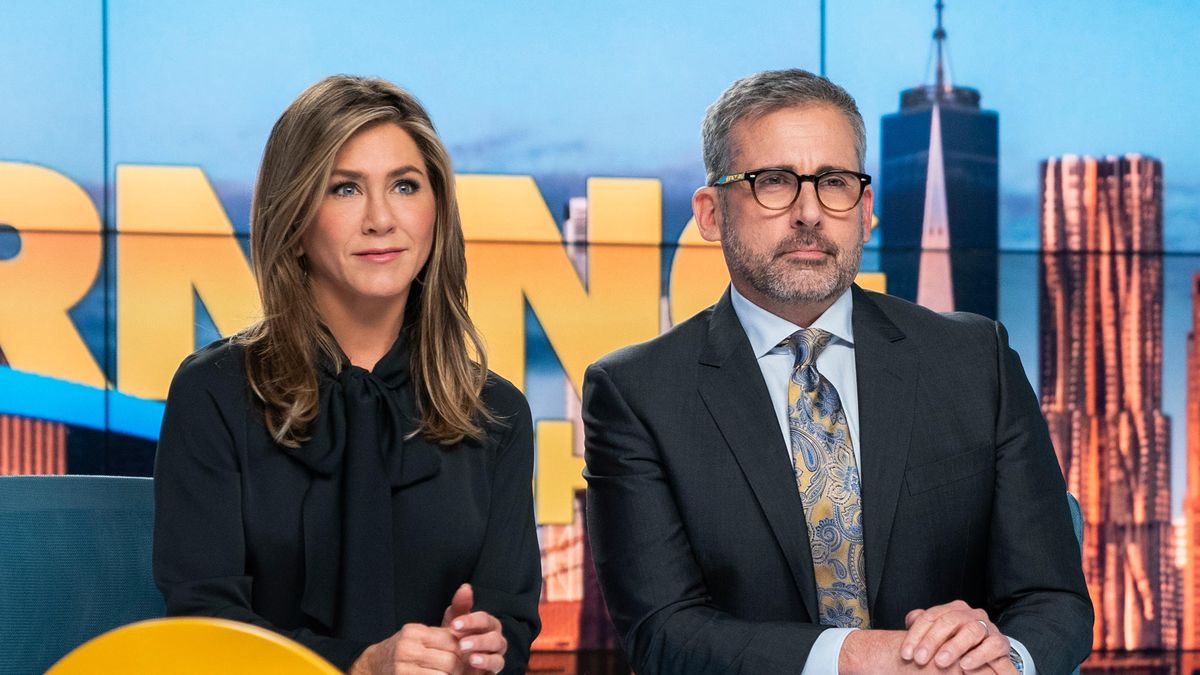 ‘The Morning Show’ is an Apple TV+ drama series that takes viewers inside the highly competitive world of television journalism, delving behind the scenes of the coveted morning news. The show follows the professional and personal exploits of Alex Levy, the successful co-host of the fictional UBA network’s breakfast news program, as she desperately tries to retain her position and sparks a rivalry with an up-and-coming field reporter turned TMS co-host, Bradley Johnson.

Created by Jay Carson and developed by Kerry Ehrin, ‘The Morning Show’ is based on Brian Stelter’s bestselling book ‘Top of the Morning: Inside the Cutthroat World of Morning TV.’ After the success of the first season that premiered in 2019, fans must be waiting with bated breath for information on the second season. Here’s everything we know about it

‘The Morning Show’ season 1 released on Apple TV+ on November 1, 2019, with the first three episodes dropping together. Episodes 4 to 10 landed on the platform in a weekly pattern, with the finale wrapping up on December 20, 2019.

While the debut season received mostly favorable reviews from fans and critics alike, the question of whether it would be renewed for a second installment was answered way before the show had even made its way on our screens. On November 8, 2017, it was announced that Apple had ordered two seasons of the show with ten episodes apiece. The filming for the second season began on February 24, 2020, but was halted on March 12, 2020, due to the impact of the COVID-19 pandemic.

Fortunately, the production team resumed production on season 2 on October 19, 2020. All through the early months of 2021, the main cast members were spotted in Los Angeles, shooting the second season. In January 2021, Apple made the happy announcement that the second season will premiere in 2021. It appears that filming has not wrapped as of yet, but we estimate that ‘The Morning Show’ season 2 will release sometime in Fall 2021.

The Morning Show Season 2 Cast: Who is in it?

Other main cast members include Gugu Mbatha-Raw, Néstor Carbonell, Karen Pittman, Bel Powley, Desean Terry, and Jack Davenport. All season 1 main cast members are expected to reprise their respective roles in season 2, except for Gugu Mbatha-Raw (whose character tragically dies in the season 1 finale). Greta Lee, Ruairi O’Connor, Hasan Minhaj, and Julianna Margulies have been cast in recurring roles for season 2. The recurring cast for season 1 includes Mindy Kaling, Marcia Gay Harden, and Philip Anthony-Rodriguez, among many others. We may see them in season 2 as well.

The Morning Show Season 2 Plot: What can it be About?

In the season 1 finale, Bradley meets with Hannah to see if she corroborates Mitch’s story, but Hannah breaks down as she recalls Mitch’s sexual harassment. Fred gives Alex’s co-host approval to win her over and gain her support in firing Chip. At this point, Fred is motivated by his awareness of the moves being made to expose his allowance of Mitch’s sexual misconduct. Chip knows that he has been fired and needs to act fast, so he formulates a plan to smuggle Mitch into ‘The Morning Show’ to do the interview live.

Claire shows up at Hannah’s apartment to make amends, only to discover that Hannah is dead from an overdose. News of her death sends shockwaves everywhere and results in Bradley canceling the interview. On air, Alex finally snaps and, along with Bradley, reveals Fred’s and UBA’s knowledge of sexual misconduct and the perpetuation of toxic work culture. The live feed is cut off as Bradley encourages more people to speak out.

In all likelihood, season 2 will deal with the aftermath of the exposé that Alex and Bradley do in the season 1 finale, live on air. Will they all end up losing their jobs alongside Chip, or will truth prevail, and Fred will be served his just rewards? What happens to Mitch and his career as a news anchor? These are the questions that season 2 is gearing up to answer. In an interview with Hello, Jennifer Aniston claimed that it will also incorporate the COVID-19 situation. We can assume the pandemic will play a significant part in driving the story forward as the show is set in Manhattan, one of the worst-hit places in America.

Read More: Is The Morning Show Based on a True Story?